Dumbarton completed the return of another Third Division champion of 2009, with left back Pat Boyle coming back to the club.

He arrives from Lowland League champions Kelty Hearts on a one-year deal, having helped the Fife outfit secure promotion to League Two.

Pat first played for Sons in the second half of the 2008/09 season, making his debut as a trialist in a 2-0 defeat at Cowdenbeath in January 2009.

He soon signed a deal until the end of that season and went on to play 20 games for the club, scoring three goals and being a key part of the side who won the title.

Those performances alerted Partick Thistle, who handed him the opportunity to go full-time. Since then he has also turned out for Clyde (loan), Dunfermline Athletic, Gateshead (loan), Airdrieonians, Ayr United and Peterhead before joining Kelty last year.

Similarly to fellow returning player Andy Geggan, he won the League One title with Ayr United in 2018.

He then followed that by winning League Two with Peterhead a year later, and just 11 days ago was in the Kelty team that beat Brechin to win promotion.

Now 34, Pat has returned to Dumbarton with a wealth of experience under his belt since his first spell with the club. 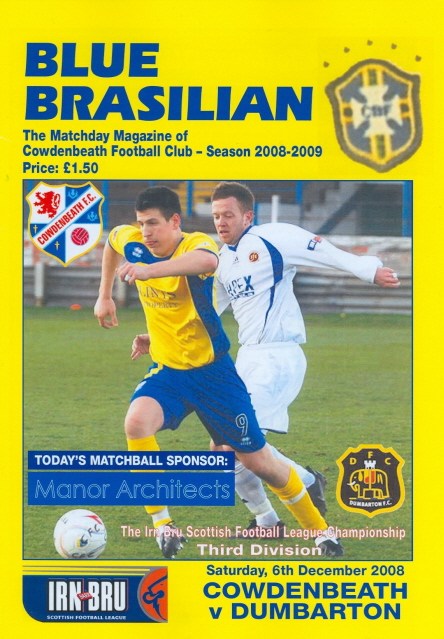