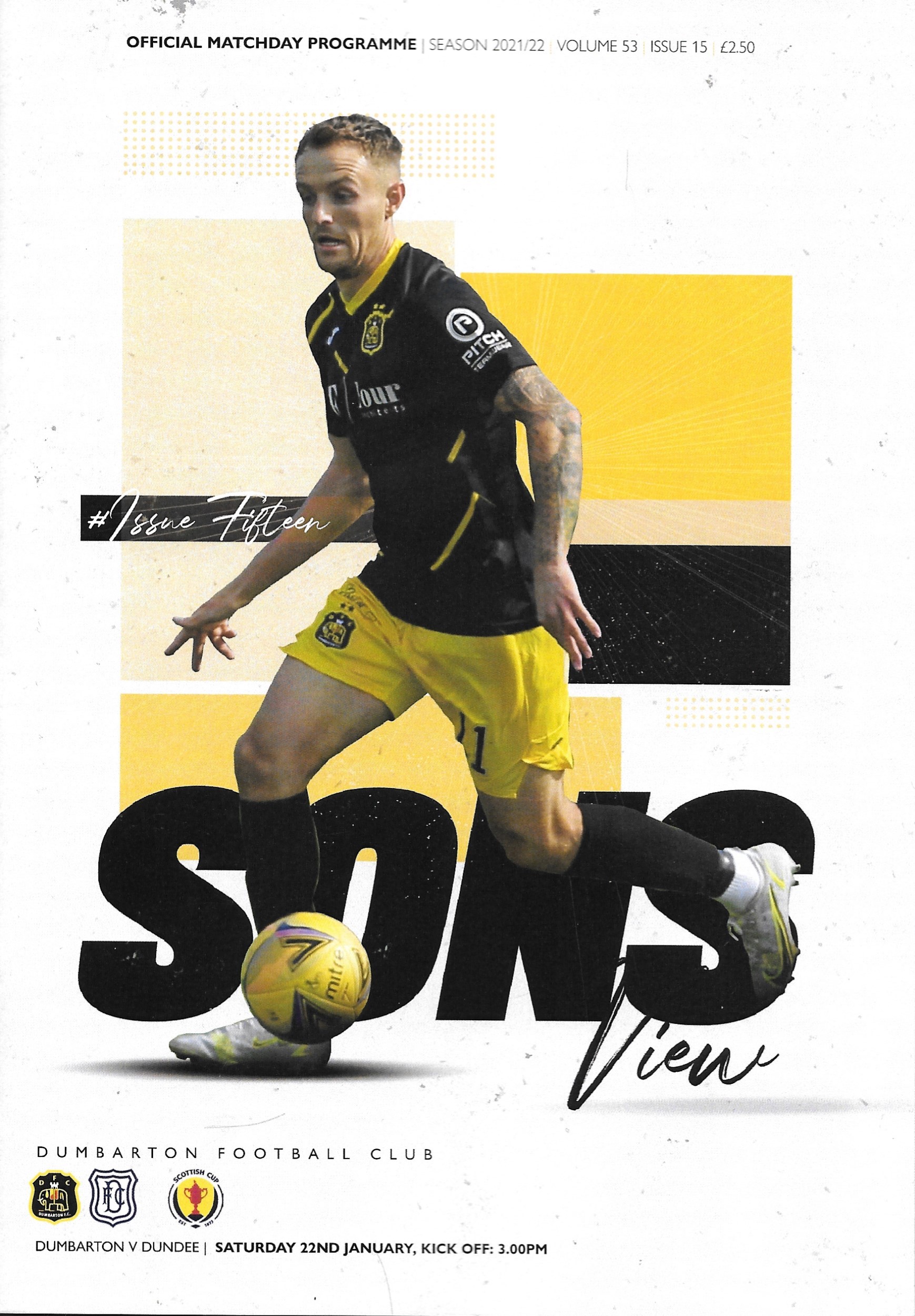 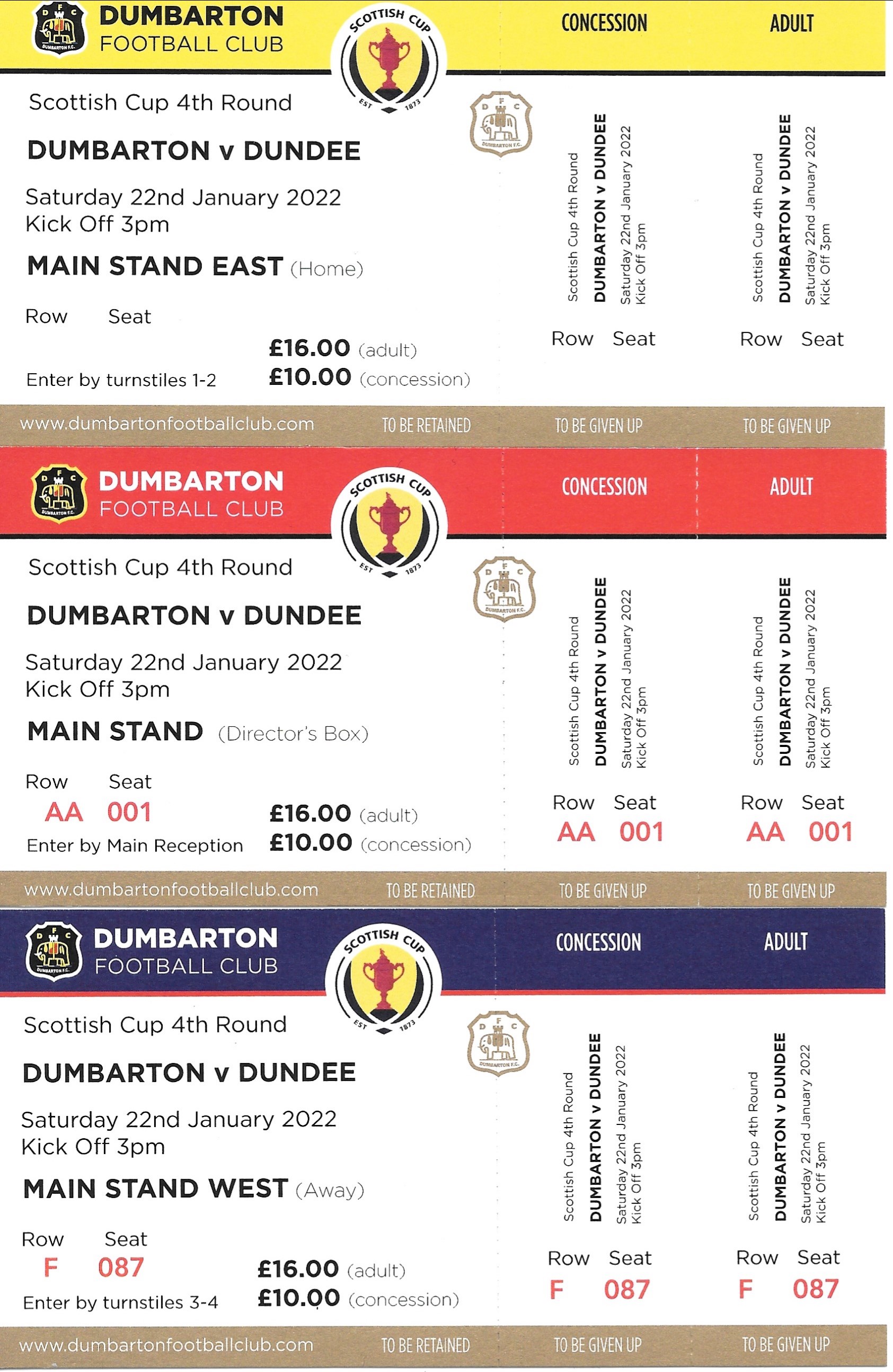 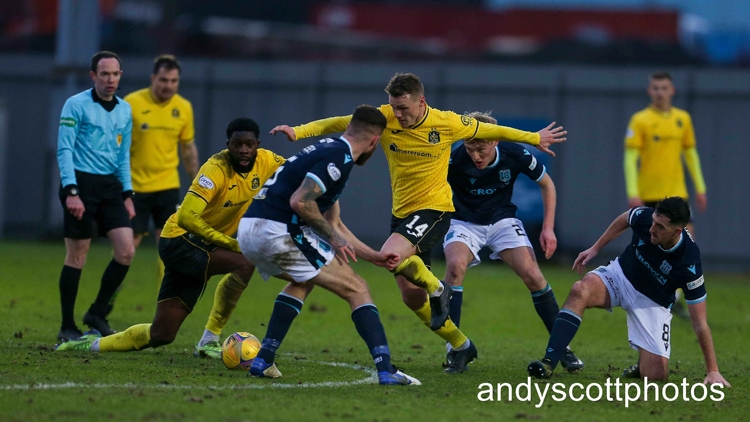 Aberdeen twice, and now Dundee. When Dumbarton's road to Hampden ends, it's with dignity.

The teams putting them out of the Scottish Cup might be two divisions superior, but they leave the contest knowing they've had to work to progress.

And the Dark Blues did so after this game despite having an extra man for more than half of it.

As Ross MacLean disappeared down the tunnel a minute from half time, realistically, so did any chance Dumbarton had of winning as long as they had a man less.

He did so after a flashpoint in the Dundee penalty area, with all eyes on a free kick about to be delivered by Sons.

But it took a team containing two multi-capped Scotland internationals a penalty to get the better of Dumbarton in the end.

That penalty was converted on 63 minutes by Leigh Griffiths after a handball by Joe McKee. For the remaining 27 minutes Sons were brave and hardworking, but unable to find the equaliser.

Dumbarton would much rather be preparing for a fifth round tie on Saturday, February 12, instead of the League One trip to Clyde which now awaits them.

But that, and other league outings, should look more positively if they can continue the spirit and workrate they showed from start to finish against their higher-ranked opponents.

The first blow could have come sooner, as early as the eighth minute. Josh Mulligan has scored twice for Peterhead against Dumbarton this season, but shot straight at Sam Ramsbottom when well-placed.

Midway through a competitive first half, MacLean's close range backheel forced a save from the visiting keeper.

Conner Duthie also cut in from the right, only to see his shot flash across goal and wide, before Ramsbottom was alert to turn over a 40-yard effort by Jordan McGhee.

The first half did end goalless, but not without incident. Sons were awarded a free kick on the right wing, when suddenly Dundee's Cammy Kerr hit the deck in the area.

MacLean was deemed guilty of violent conduct to put him there, and headed inside slightly early, not to return.

Within the opening 15 minutes of the second half, Scotland internationals Griffiths and Charlie Adam were brought off the bench by Dundee.

The latter went close after 54 minutes, but Ramsbottom got down to save at close range.

Then McKee's efforts to block Max Anderon's low ball into the area resulted in him handling the ball. Ramsbottom got a hand to Griffiths' penalty, but was unable to stop it finding the net.

Further chances fell to Anderson and Kerr, but Sons were continuing to throw everything at it. A shot by Duthie went over before Stuart Carswell met a cross at the back post, only for him to miss the target as well.

Griffiths was then played in, but his angled shot went across goal and past. There was one last chance in the final minute, but Duthie's overhead kick found the wrong side of the netting.