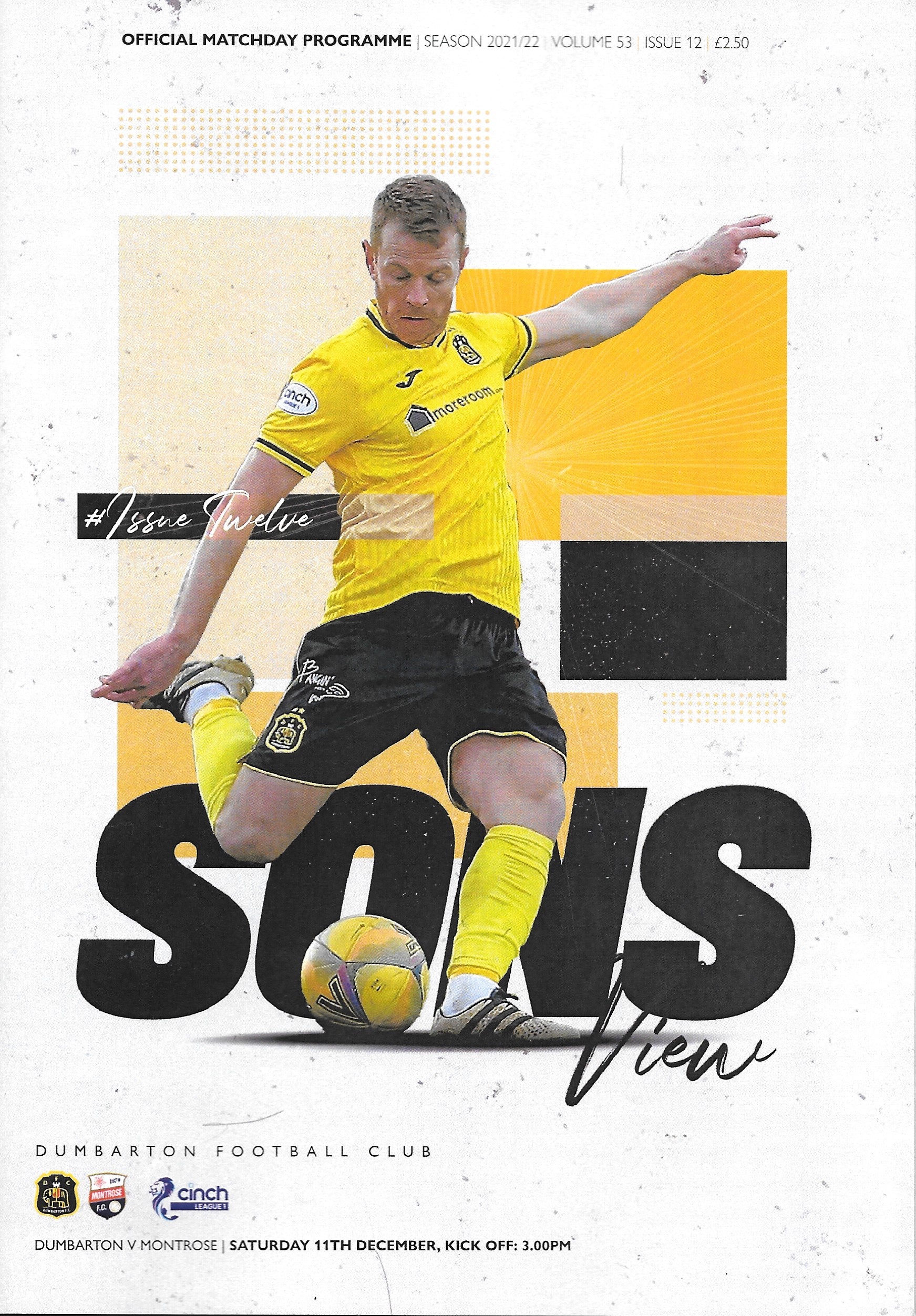 THE hardest obstacles in life are the ones we make for ourselves.

This started off as the most promising afternoon for Dumbarton. Conner Duthie had put them 1-0 up against Montrose, they were in almost complete control of the game, and despite much work left to do, it all looked positive.

And then the roof, at least metaphorically, collapsed again.

Montrose didn't just score three goals to turn it around and take the three points. On each occasion, they punished a mistake which gave them the opportunity.

Graham Webster scored the first two, the first from the penalty spot, and Liam Callaghan, despite there being over half an hour left, sealed it for the visitors.

It started so well, only for all the positivity to drain away. Almost an exact microcosm of the season to date.

After 13 minutes, Duthie's cross found Eoghan Stokes at the front post, which his header duly hit before rebounding into the keeper's hands.

But two minutes later Duthie did the job himself. He picked up possession in the box, rounded the keeper and finished a fine individual effort from a narrow angle.

Duthie clearly had a spring in his step and was only denied a second five minutes later after his shot hit a defender.

Stokes also had another opportunity after Callum Wilson sent in a free kick, but couldn't adjust six yards out and the visiting defence scrambled clear.

But with 12 minutes to half time, Sons caused their own downfall again. After a missed clearance, Pat Boyle swiped at Blair Lyons for a clear penalty, from which Webster made no mistake.

And more dreadful mistakes cost the second Montrose goal two minutes later. A cross was allowed to find its way to Webster 12 yards out, and he finished clinically.

Stokes was closest to getting the score level before half time after running in on goal at a narrow angle, but the keeper stopped him.

Dumbarton's efforts to respond continued into the second half, with Wilson meeting Paul Paton's cross at the back post only to see his header drift across goal and wide.

Then the ball bounced invitingly around the Montrose box, without anybody to finish it off.

Which made what happen next seem almost inevitable. Play went to the other end of the pitch, and failure by Sons to clear their lines resulted in Callaghan rolling home a low finish.

A late header by Ryan Schiavone went close to offering some sort of lifeline, but it too drifted across goal.

But only a fine save by Sam Ramsbottom denied Montrose a fourth, stopping from James Keatings.