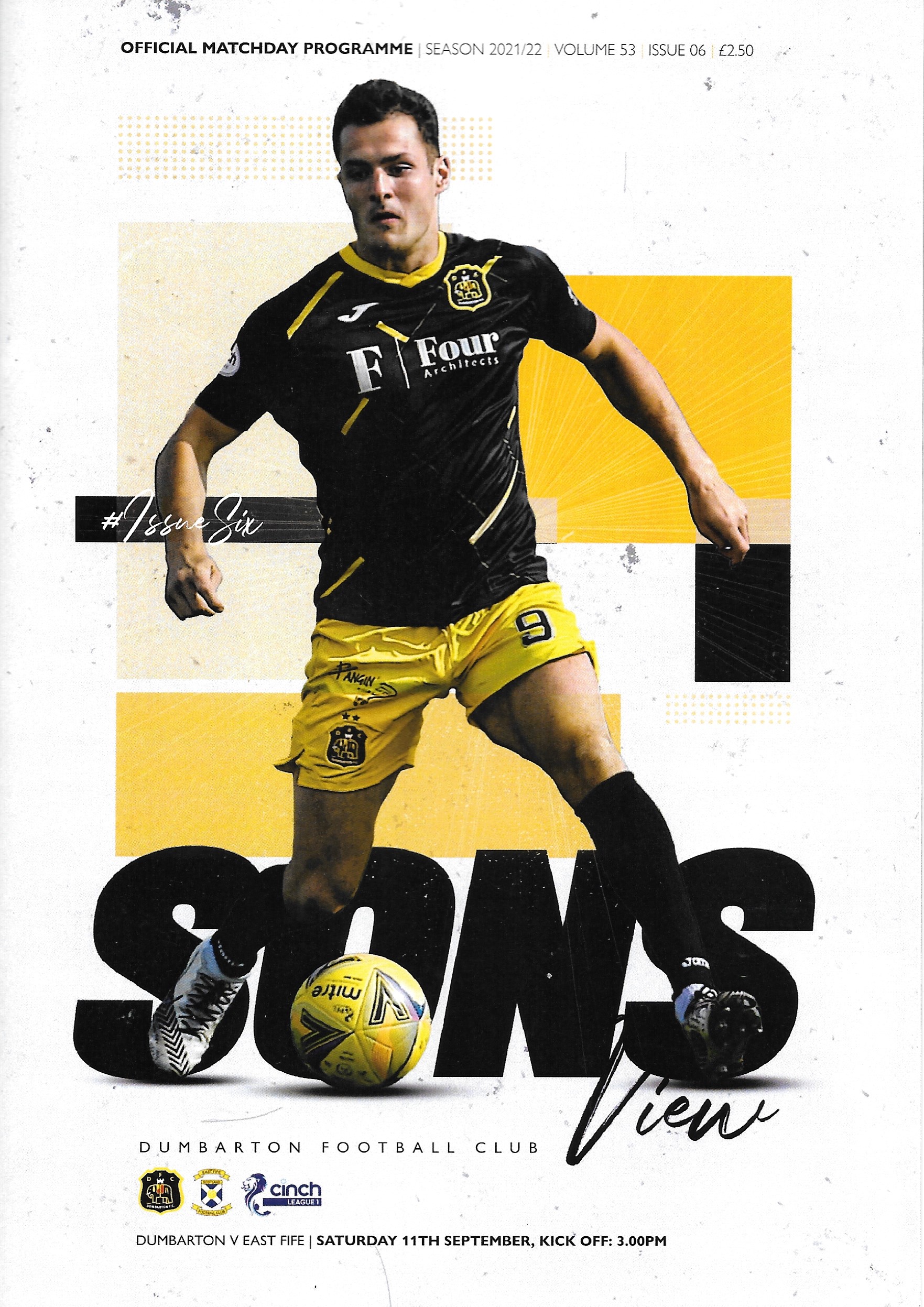 Win away to the league leaders and then have to wait two weeks for the next game. Approach it with confidence.

Yes, really. This was Dumbarton at their utter clinical best (so far).

Ross MacLean put them in front before it was over to the centre halves. Gregor Buchanan scored twice in each half before Ryan McGeever posted a fourth.

A hapless East Fife side were hit for five when Eoghan Stokes got the final goal of the day. If anything went wrong for Sons, we must all have blinked and missed it.

It was simply glorious, and Dumbarton, after six league games, are within one goal of matching their entire league tally from last season.

Not that the opening minutes gave much away. They were cagey and closely fought, with each team going into it off the back of positive results.

But after 12 minutes, Dumbarton led. A free kick by Conner Duthie found McGeever, whose header was saved by the keeper only for MacLean to follow up at close range.

In the immediate term, Sons looked more likely to extend their lead than the visitors did to cancel it out. Five minutes later Carlo Pignatiello couldn't quite convert from close range from an Edin Lynch cross.

East Fife responded with a close range Pat Slattery header which went wide with a deflection. They looked for a handball offence in the box from the resulting corner, but the referee showed no interest.

They then went much closer after 29 minutes. Scott Mercer thrashed in a free kick which hit the upright and spun, to Sons' relief, away from goal and out.

And it was another free kick which doubled the lead four minutes before half time. Almost the same drill as at Montrose two weeks ago - Callum Wilson finding Buchanan with a free kick.

The difference was that this time the centre half meant to header it, and found the net for 2-0.

A shot by Ross Dunlop as half time closed in caused a brief scare, but his finish went past.

Imminently close to the hour mark, MacLean almost scored a delightful third. He cut into the area from the left and his bending effort hit the post without a black jersey to put it away.

But on 66 minutes, Buchanan looked as if he was hauled over in the area but he was actually in the process of putting the ball in the net from close range. And yes, it was from a Wilson free kick.

McGeever's crown as top scoring centre half was slipping away, and he was having none of it. With 16 minutes left, Kalvin Orsi played a Joe McKee corner back across goal to give McGeever a simple headed finish.

McKee also fancied racking up the assists since his introduction on 71 minutes, and with three minutes left he had his second of the day as Stokes steamed in to head home his corner.

When a ball broke to Ryan Schiavone in injury time, shades of New Bayview in 2011 crept in, but his shot rolled just past.