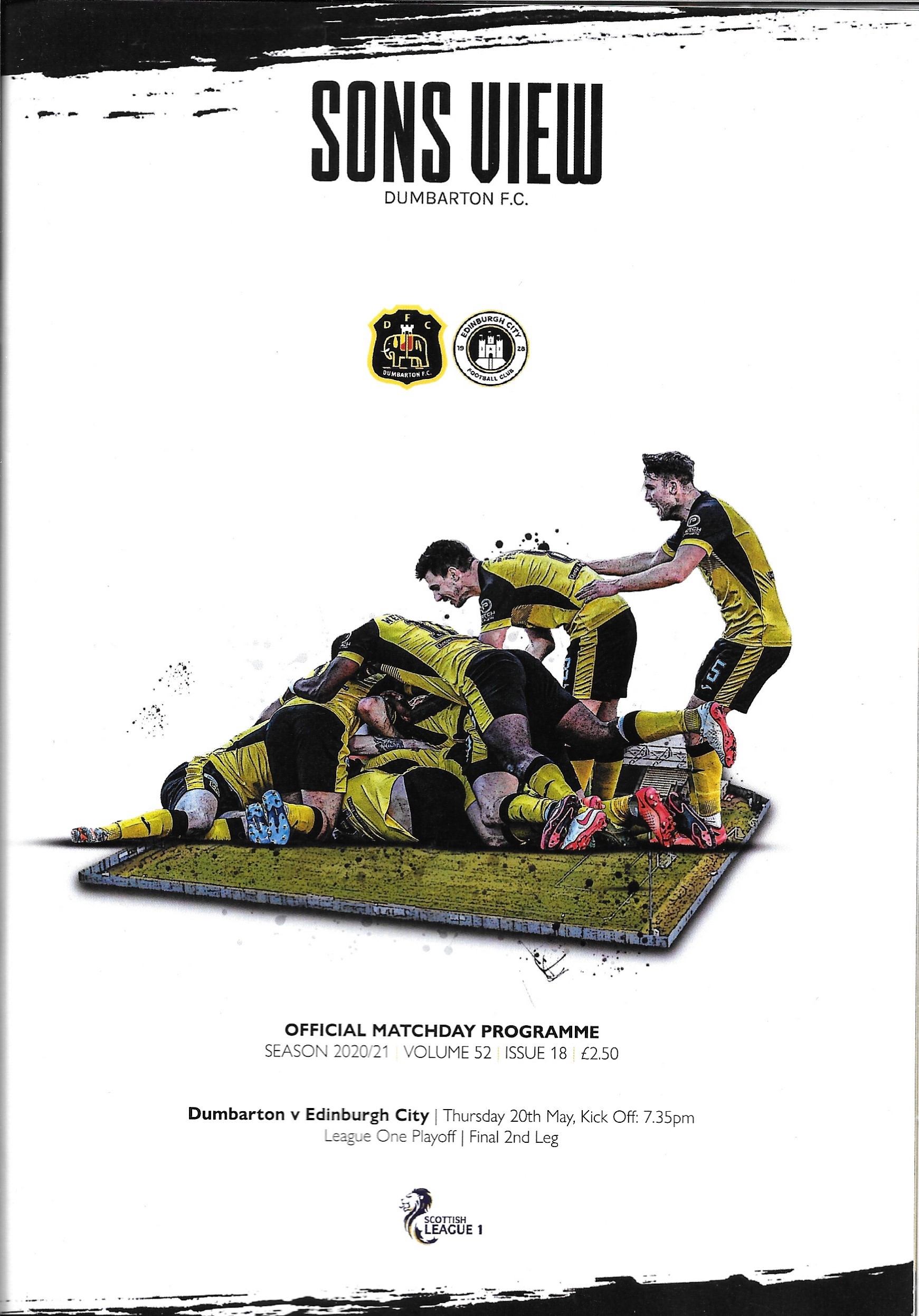 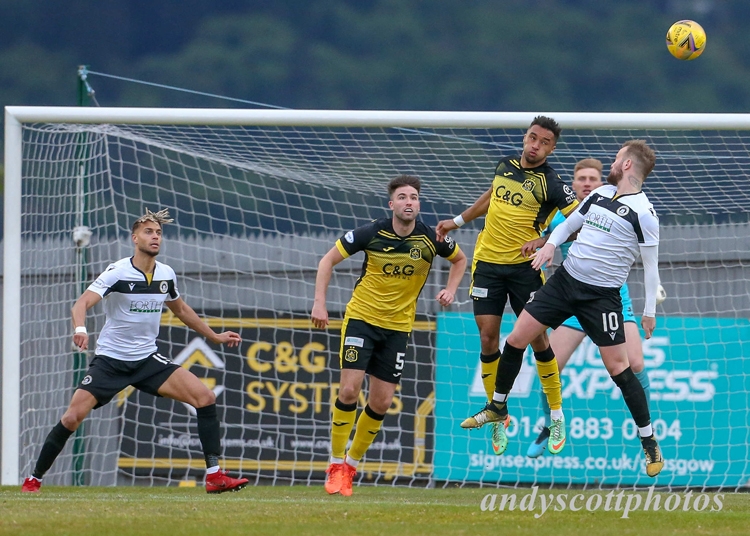 It's just the Dumbarton way. Never the easy one.

When Ouzy See headed Edinburgh City's opening goal on 52 minutes of this tie, Sons' two-goal aggregate lead was sliced I half. The safety net was gone. They had to stay steady on the tightrope for another 38 minutes.

They did, and a place in next season's League One, after all the toiling since October, was theirs despite defeat on the night.

Defeat also came despite a man advantage, with the visitors losing Liam Henderson to a second yellow card just after the goal.

The return of fans to the C&G Systems Stadium had always been keenly anticipated, and in the end there was something to celebrate.

Perhaps predictably, the opening stages of the game were cagey. Within the first 20 minutes, the only clear sight of goal for either side was a flicked See header for City which dropped just wide.

For Dumbarton, Ross Forbes had a shot on the turn on the edge of the area, but it trundled past. Sons maybe had shaded the game up to that 31st minute, but chances were not coming easily.

Then right on half time, what a chance. Nick McAllister headed a Forbes free kick across goal, but Robert Jones could only shoot over from close range. Almost the best moment saved until last in the half.

The second half began more promisingly, with Dumbarton forcing four corners in quick succession. From two of them, Nat Wedderburn and Jones were close, with headers deflected past.

But disaster was upon Sons seven minutes after the restart. A hopeful ball into the box from the right should have been dealt with, wasn't, and See header home from six yards.

On 56 minutes some hope was restored when Henderson, already carrying a yellow card, went down looking to win a penalty. The referee was having none of it and awarded him a second booking and an early exit.

But Sons continued to struggle. They maybe had more of the ball, but showed little sign of restoring their two-goal cushion.

And when See looked to be in on goal, only a challenge by Ryan McGeever stopped him. The last 20 minutes were looming ominously.

As those minutes wore on, it was kitchen sink time for Edinburgh. They were dominating, but weren't able to force any more clear chances.

A blistering volley by Jamie Dishington from the corner of the area had pace, but was always rising.

But then almost salvation. The goalkeeper got a hand to Adam Frizzell's narrow angled shot and it spun towards goal, but just wouldn't cross the line and was hacked clear for a corner.

Edinburgh had one last push, but couldn't find any more to trouble Dumbarton.