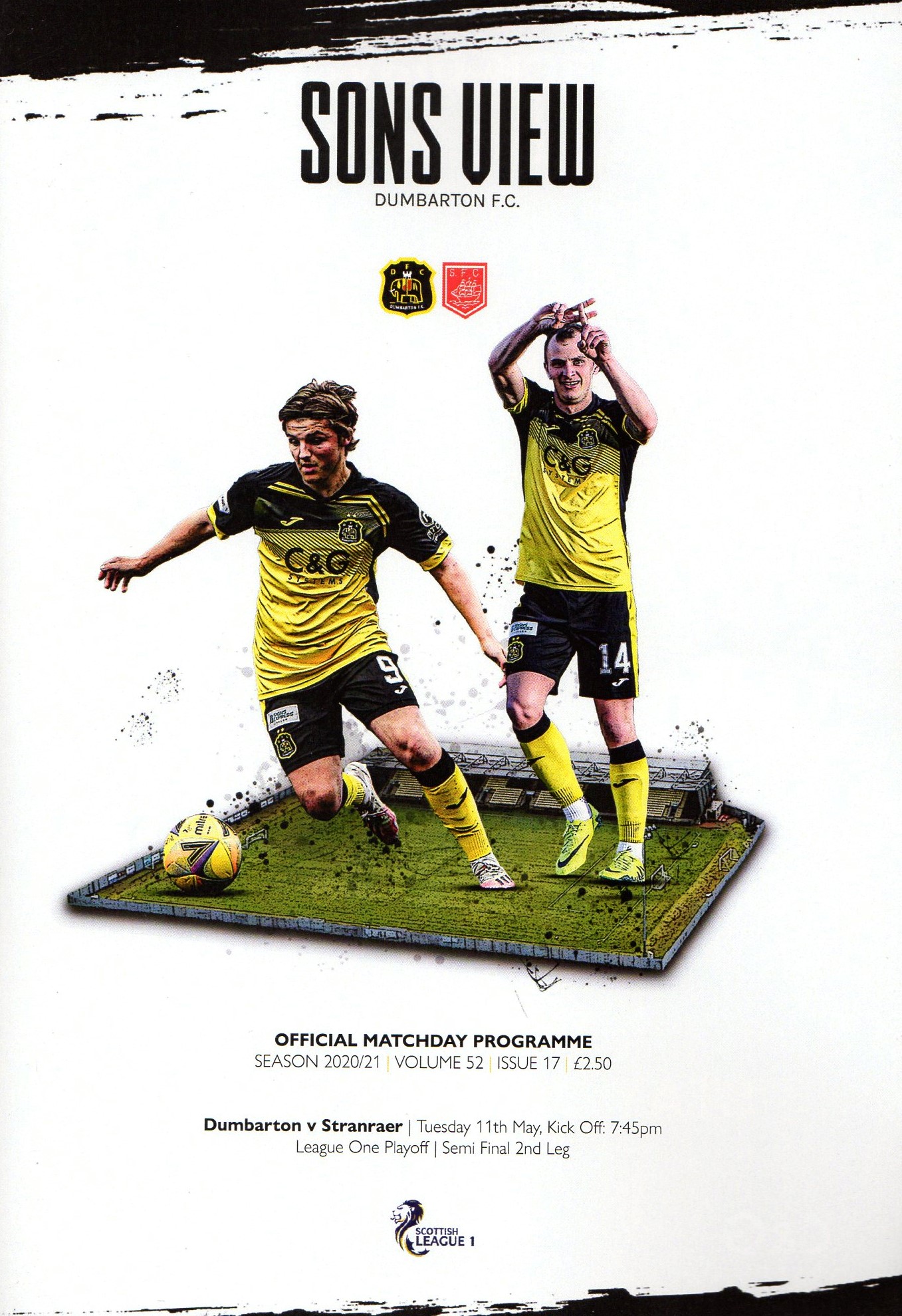 ONE down, one to go.

The saying that every goal counts has never been more apt. Across 180 minutes, Dumbarton and Stranraer could only come up with one.

Fortunately, Jaime Wilson got it for Sons, eight minutes from half time in the second leg. It was the one which dictated Dumbarton are through one challenge in the playoffs to survive but must now face another.

It was won on merit. Stranraer made real strides towards the home goal in the second half, and were even afforded the opportunity of a penalty.

But Ruari Paton hit the post with his effort, and although the Stair Park men worked hard, Sam Ramsbottom was not hugely overworked.

The two teams made an eager start to the game, but the first serious opening fell to Ross Forbes from 30 yards after a foul on James Wallace.

The midfielder's free kick had height, and the beating of the visiting keeper, but hit the bar and went over.

Wallace also had a go himself shortly afterwards after the ball dropped to him in the box, but it ricocheted off Grant Gallagher and clear.

But on 22 minutes came a big moment. Forbes played Wilson in and although the keeper blocked the striker's first effort, the ball rebounded his way.

He had another go, but shot over at close range and a key opportunity was lost.

Ten minutes later another chance fell the way of Sons' top scorer, but from a Wallace cross, his finish was sliced wide.

And after that, Robert Jones intercepted Ayrton Sonkur's clearance to run in on goal, but his shot was turned wide for a corner, which came to nothing.

However, with eight minutes left of the first half, it was third time lucky for Wilson. The ball dropped to him in the area and he rolled home a composed finish from 15 yards.

Sons had stood up to whatever Stranraer could throw at them, but the visitors started the second half well and on 57 minutes had a real opportunity.

After Stuart Carswell's challenge on Thomas Orr in the box, Ruari Paton stepped up, but his penalty hit the post. Crisis averted, at least for now.

The contest rumbled on in uncertainty, with Stranraer on top of possession but unable to significantly test the home goal.

But on 74 minutes, all bets were almost off for goal of the season. With incredible pace, Nick McAllister burst from the Sons half to run in on goal, only for the Stranraer keeper to get a toe to his shot and deflect it away, with Robert Jones unable to follow up.

Jones himself almost had a solo effort with nine minutes left, cutting in from the left and beating two defenders, but the Stranraer keeper and defence did just enough to block.

The visitors now had to go for it, and with seven minutes to play a Sean Burns effort hurtled just off target with a deflection. The corner was defended successfully.

Then there was a chance to seal it. Forbes' cross found Rabin Omar at the back post, but his header was wide.

It was not always comfortable. But it was deserved. And Dumbarton are halfway to next season's League One.