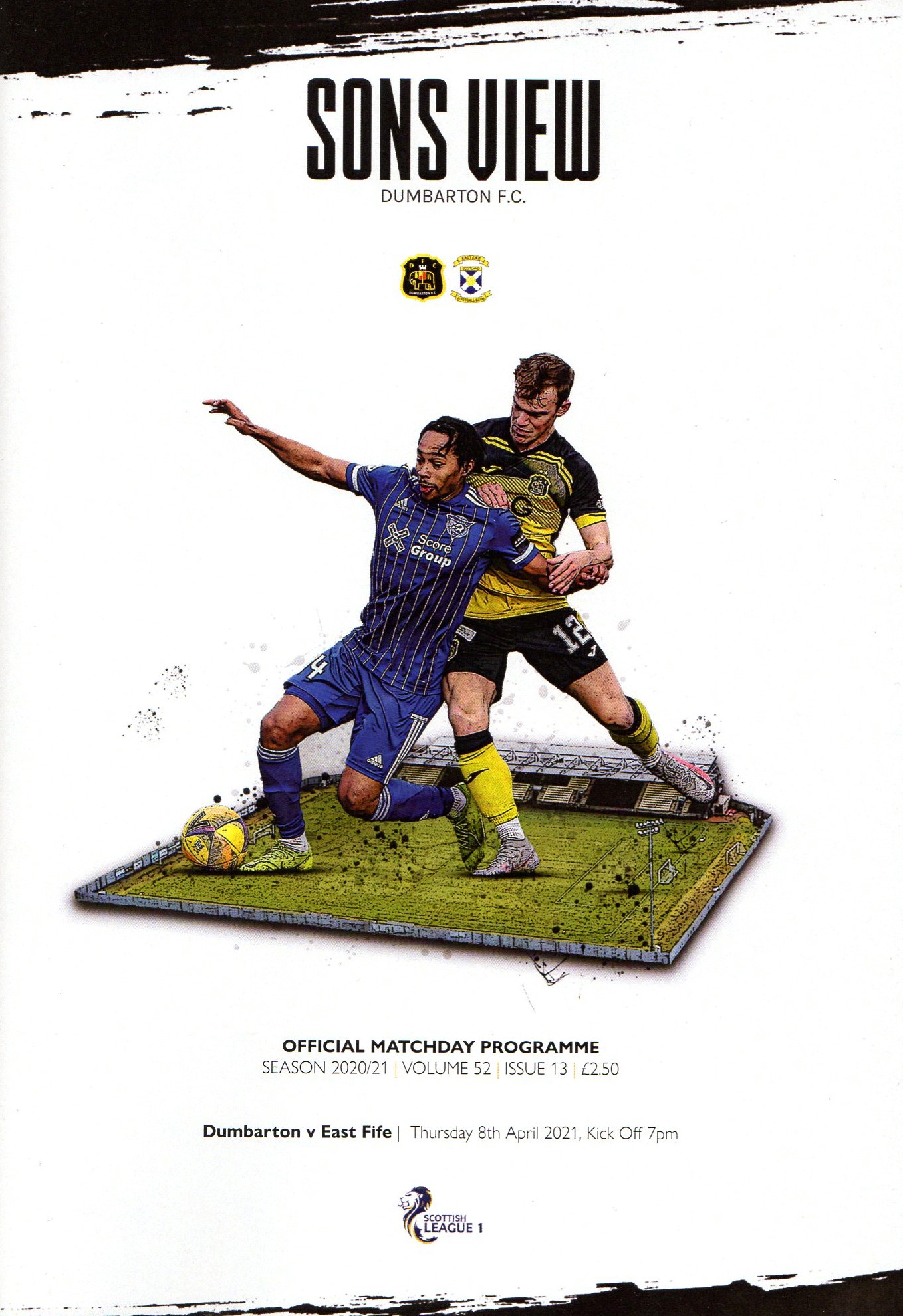 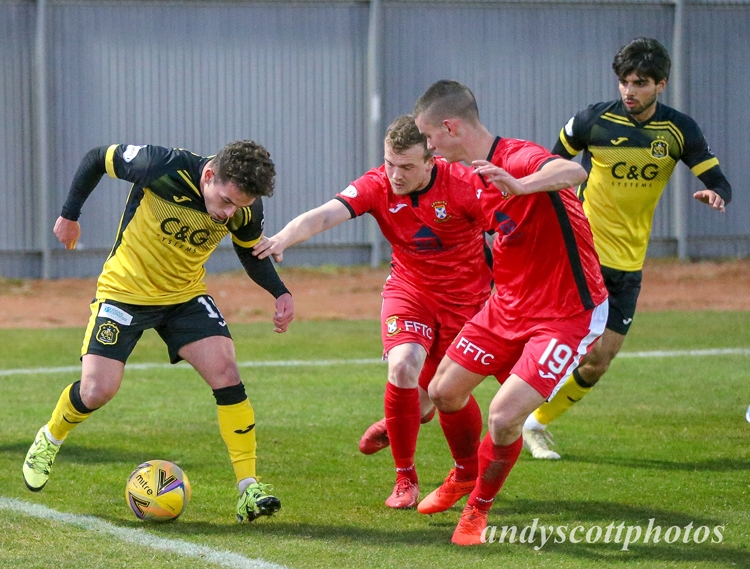 SOME results are just too priceless.

It didn't have to be gold standard stuff from Dumbarton against East Fife. Three letters were all that mattered.

By any means necessary – win.

Ryan McGeever in three minutes, and Adam Frizzell after 68, were the moments that mattered. The first time two Sons players have scored in the same league game since lockdown one.

The defensive solidity so readily associated saw them through, even after Ross Dunlop headed a late consolation for the Fifers.

It was the sixth game for each side in 12 days, and for Dumbarton it was a hugely significant one.

And the perfect start was made. Ross Forbes' first touch in three games was to take a corner which spun over the bar off an East Fife defender's head.

His second was the resulting corner which set McGeever up for almost an exact replica of events against Huntly recently. A long way to go – but what a boost.

It was Dumbarton's first goal in the first half, or goal at the Castle Road end, in the league since Frizzell's goal against Clyde in November. They ran the risk of losing the lead a few minutes later as Liam Newton stretched to meet a ball across goal, but couldn't connect.

Then Scott Agnew intercepted a slack pass 30 yards out and went for goal, but his effort rolled just wide.

But Sons, and McGeever, almost had a second 10 minutes from half time. After Robert Jones challenged for a high ball with the keeper, the ball broke in the defender's direction.

His shot was heading for the corner until the keeper managed to get a hand to it and deflect it on to the bar and over, with the corner coming to nothing.

A Forbes shot from distance then swerved wide, with the referee ruling it was via a deflection. This almost had consequences as from the corner, James Wallace challenged the keeper but the ball spun just over.

Early in the second half, Forbes again delivered to McGeever, this time from a central free kick, but nobody was there to finish the defender's header across goal.

But East Fife had a big opportunity on 58 minutes when Agnew crossed into the box, but Sean Brown could not connect.

Then on 66 minutes Chris Higgins brought down Rabin Omar as he charged in on goal. Dumbarton had a penalty – but the keeper saved from Forbes.

Omar looked to make up for it himself, but he too was denied by the keeper, from an angled shot.

However, the second goal was to be Dumbarton's. Frizzell picked up possession in the box, beat a defender and fired home.

East Fife were adamant they were going to respond, but ran into brick wall after brick wall in black and gold. Nothing they could try was getting near enough to Sons' goal to trouble Sam Ramsbottom.

That was until one minute of injury time had been played, with Dunlop flicking the ball beyond the Sons keeper from a corner.

But it was not enough to deny the three points.