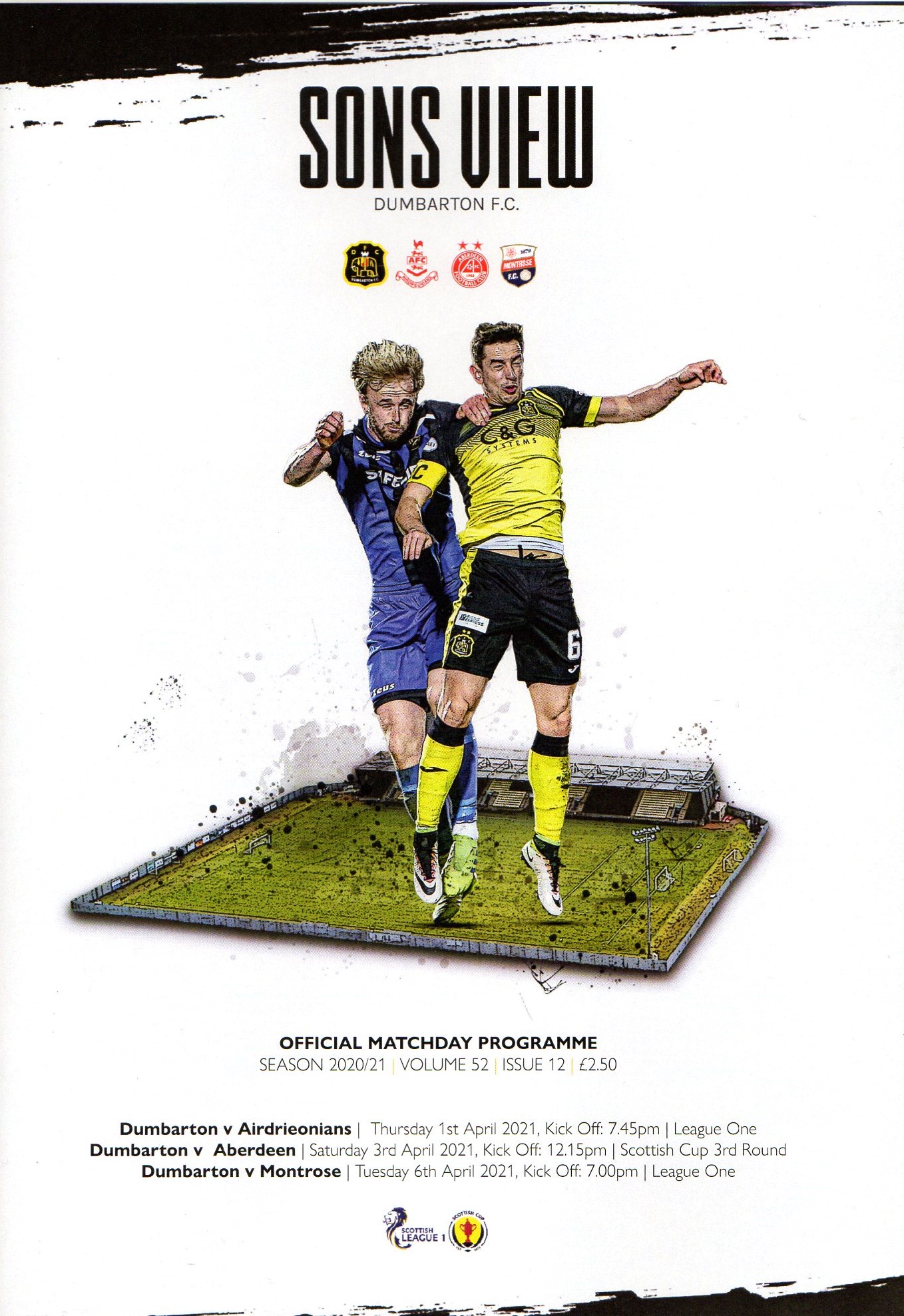 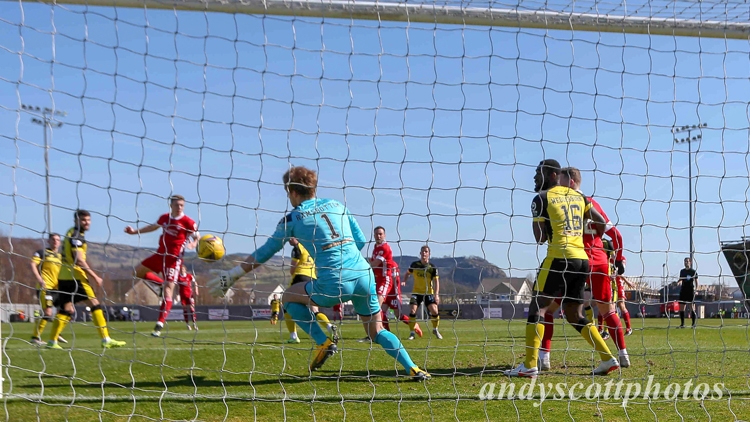 IN the past two Scottish Cups, Dumbarton have trailed Aberdeen for a total of 11 minutes.

That's Aberdeen, two divisions superior to Sons, who have been expected widely, outside G82, to roll them over.

It didn't happen at Pittodrie 15 months ago and it didn't happen here either. But defeat is defeat, and after exhausting every last bit of energy, Dumbarton were defeated by the Dons.

The cruellest blow came with seven minutes left, when Callum Hendry rolled the ball home after he and his team-mates had been largely seen off by the reliable Sons defence.

Arguably two others, at the opposite end, were equally cruel. Ryan McGeever in the first half, Rabin Omar in the second. Each had a chance, each was denied by the keeper.

That's football, of course. But after the past two seasons, and the quarter final defeat at Pittodrie in 2014, it gets harder to feel that Sons aren't due a break when they play Aberdeen.

On his 25th birthday, it wasn't difficult to predict that Sam Ramsbottom was going to be a busy man. He made his first save after eight minutes, doing well to palm away an Ethan Ross effort after the ball broke to the Aberdeen striker in the box.

But the early stages did not all go the way of the favourites. Adam Frizzell connected with a Nick McAllister cross on 14 minutes and looked to chip the keeper, but his shot was over.

Aberdeen reasserted their divisional superiority quickly, with Florian Kamberi looking to play in Niall McGinn, but the Northern Ireland international bent a shot just round the far post.

Lewis Ferguson was next to test the Sons keeper on 28 minutes after Ross threaded through a pass, but Ramsbottom was again equal to it.

Another decent opportunity then fell to Dumbarton when Morgyn Neill headed down a long free kick. Ryan McGeever just couldn't get a toe to it.

Ramsbottom was then alert again on 33 minutes, brilliantly turning away a powerful header by Ferguson from a corner.

Another two corners followed that and from the second of those, an unknowing Nat Wedderburn deflected Andy Considine's effort across goal and past.

But the two centre halves combined again to almost full effect for Dumbarton. Neill again headed the ball down for McGeever on the edge of the box, but his shot lacked the pace to trouble the goalkeeper. A big moment.

Half time arrived with the clean sheet remaining intact. So far, so good. However, what a moment barely a minute after the restart.

After Robert Jones' through ball found half time sub Rabin Omar, the midfielder was through on goal, but Joe Lewis got just enough on his shot to deflect it away.

An overhead kick by Adam Frizzell then dropped narrowly wide. A goal for Dumbarton just hung in the air as a possibility.

But Aberdeen's threat remained in evidence and Ross McCrorie got on the end of a low ball in from the right by McGinn, with his finish just missing the upright.

While it would be true to say that Dumbarton came under pressure in the second half, they defended everything successfully. The black and gold wall remained firm.

And admit it – you were daring to dream.

With nine minutes left Neill was the last line of defence as McGinn bent a shot towards goal, but the centre half firmly headed his shot away.

Finally, though, the Dons had the measure of Sons with seven minutes remaining. Hendry wove away from the defence inside the box and his low shot found the corner.

Tough to take, unquestionably. But that, as they say, is football.