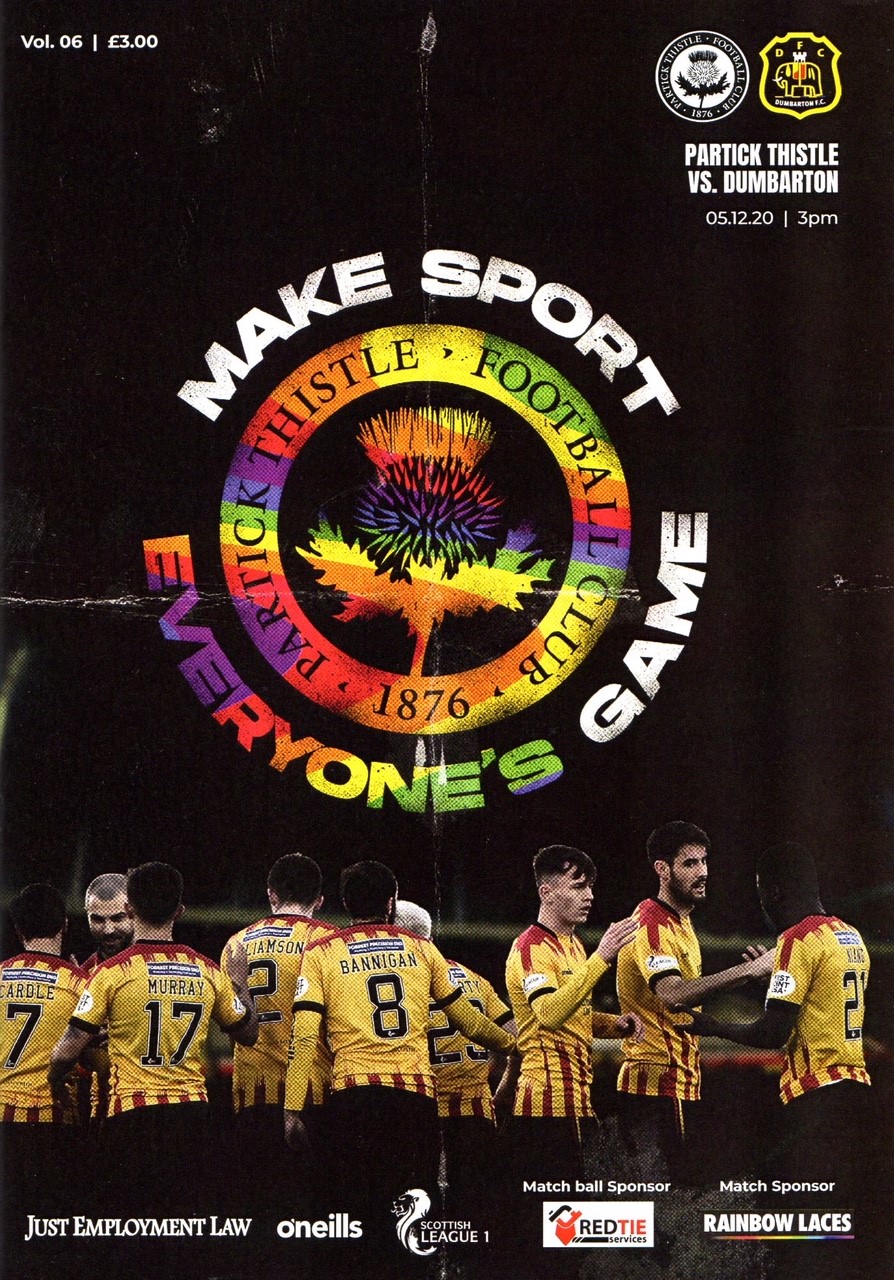 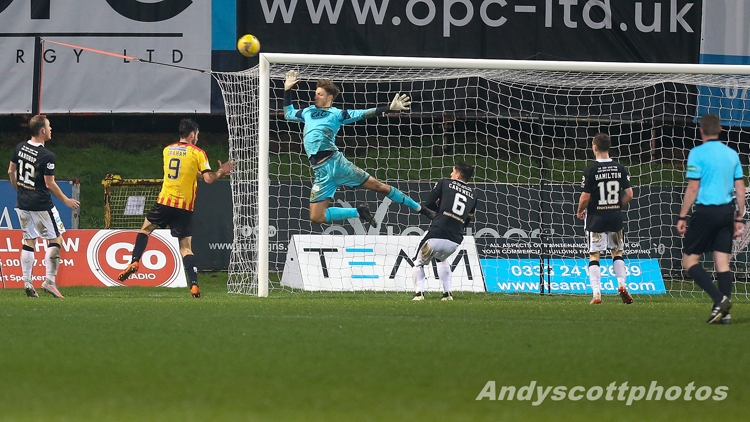 THIS was a fixture Dumbarton weren't supposed to be getting anything from.

Against the Partick Thistle team newly-relegated into the Championship, with Sons off the back of five consecutive defeats, the last four without a goal.

At a venue where no Dumbarton team had won since 1987. Where only Alan Granger, Jamie Smith, Paul McQuilken and Iain Russell had scored in a Sons shirt in that time.

But despite the ongoing goalscoring obstacles, effort has never been an issue for Sons. And nor was it here. Every player stood up and was counted.

None more so that Kevin Dabrowski, who has a bit more to spend on Christmas shopping in the form of a clean sheet bonus after a truly vintage display.

Five minutes from half time he saved a penalty from Brian Graham. But that was only half the story.

It is true to say Thistle had the more territory over the 90 minutes, but whatever they tried, they weren't beating the Sons keeper.

That was when they could get as far as him, such were the efforts of a Dumbarton defence which was missing Ryan McGeever.

Some obstacles remain in the way of getting back to winning ways, but Sons could be pleased with their afternoon. Now it is about moving further forward.

Within five minutes Dabrowski had made his first important save, denying Ross Docherty at close range from Joe Cardle's cross.

After seeing off several Thistle attacks from there, Dumbarton showed some threat and a Ross Forbes shot just missed the upright.

Play remained mostly in the half occupied by Dabrowski and his defence and a Graham shot swerved close to goal after 22 minutes, but missed.

Four minutes after that the home side squandered a decent opening. James Penrice met Ricky Foster's delivery from wide but Sons were relieved to see his shot roll past.

The same player then made a fine challenge to stop Chris Hamilton just as the Dumbarton man looked to take a promising attack forward.

Conor Murray then shot over the bar for the Jags, with his teammates adamant he had been fouled in doing so, but the referee showed no interest in the appeals.

Another big opportunity then passed the home side by nine minutes from half time. Darren Brownlie met Joe Cardle's corner, but his header was over.

But five minutes from half time, Carswell was ruled to have handled Foster's shot in the area. It looked the most ominous sign yet, but after Dabrowski saved from Graham, the striker put the rebound over.

Ten minutes into the second half his effort from a corner then hit the post. Somehow, Dumbarton were hanging on in there.

They were battling and got forward on occasion, but the chances kept falling to Thistle, although none of them were able to cause Dabrowski any undue trouble.

Graham then found space in the area to meet a cross from the right, but his shot missed the target. Cardle also went for it from distance but the keeper saved.

The screw got ever tighter and Dabrowski's next save was from a Shea Gordon effort which he touched wide. The resulting corner did find the net via Graham but he was offside in putting it there.

With injury time imminent, a vicious drive by Foster caused concern, but a deflection took it over the bar.

Then Graham met across at the back post, but the Sons keeper was not going to be denied his clean sheet. Mohamed Niang met the resulting corner, but his header was past.