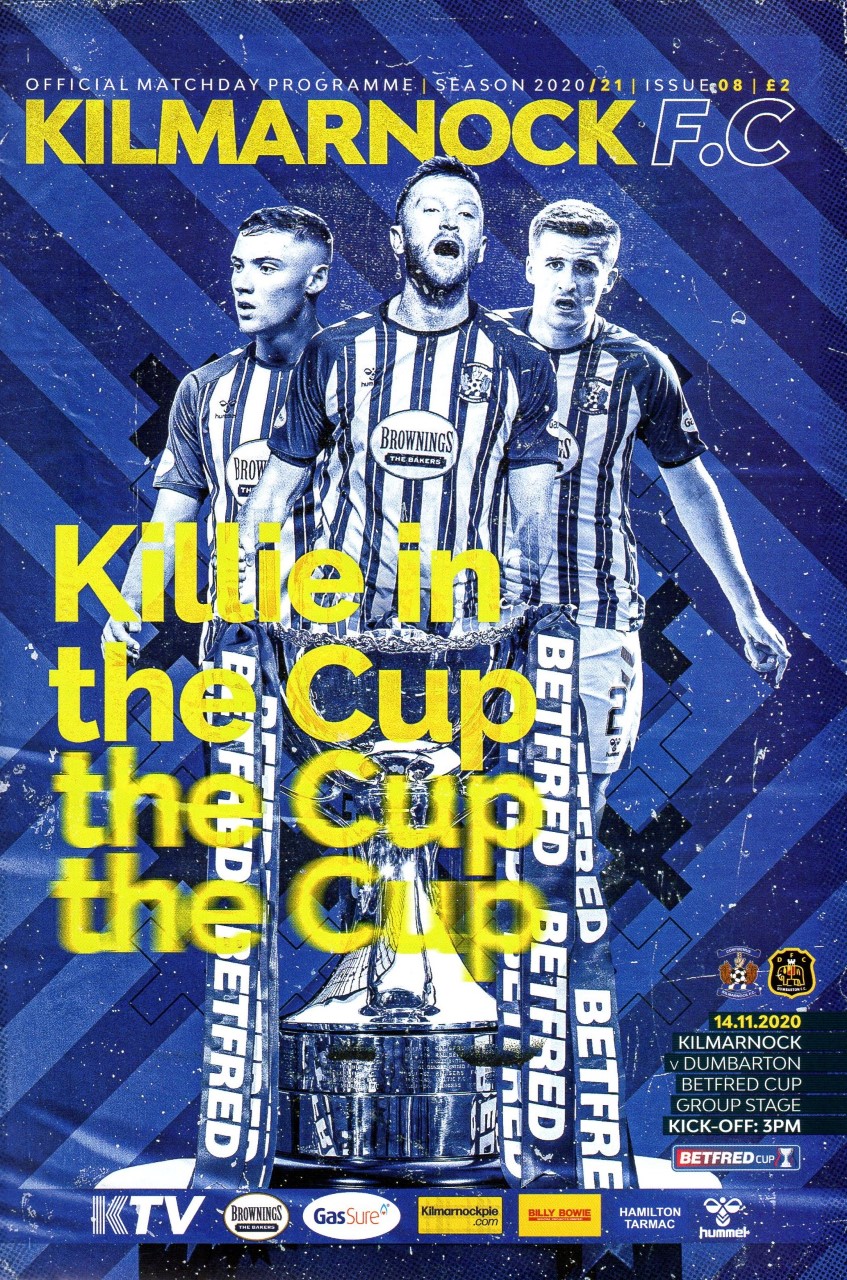 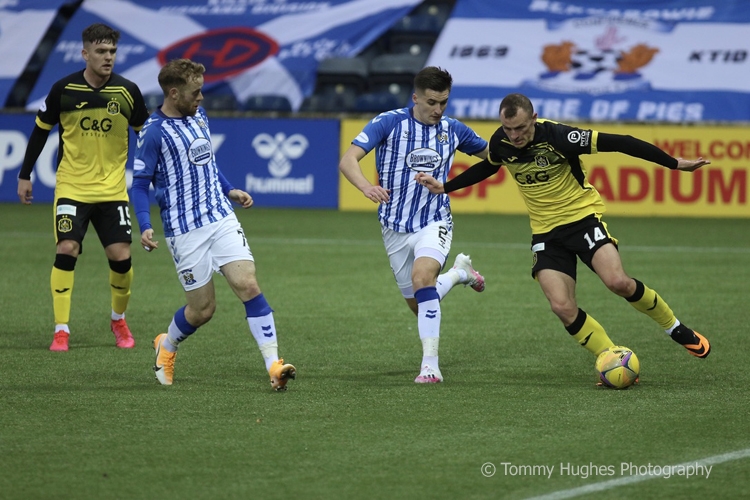 Always a difficult group for Dumbarton on paper, and so it proved. They were always second favourites to Kilmarnock for this tie, and so that proved as well.

But with 45 minutes played, this game was looking down the barrel of being a highly undesirable ending to the campaign.

The goals scored by Eamonn Brophy after two minutes and Mitch Pinnock after 45 do not tell the whole story. A boxing match of this nature would have been stopped, even allowing for Dumbarton's usual high workrate.

Fortunately, that gained more rewards in the second half, with a battling performance not rewarded with any consolation goals, but by not conceding any more.

Of the two halves, it is not a contest which of them Dumbarton need to replicate more over the rest of the season, although they won't be playing Premiership opposition again, except maybe in the Scottish Cup.

Any aspirations of keeping it tight in the early stages were jettisoned within two minutes. After Youssouf Mulumbu's sliced shot swerved away from goal, Brophy instead controlled it and scored with an angled shot.

By the 10-minute mark, Kirk Broadfoot and Danny Whitehall had narrowly missed the target for the home side, who had almost exclusively enjoyed possession up to that point.

Sons started to get a grip to some extent although an equaliser looked far off. On 16 minutes Dabrowski deflected a Whitehall shot over with his legs.

Then 10 minutes later, Zeno Ibsen Rossi headed a corner off the bar.

It looked as if Dumbarton might see the game through to half time with only one goal to chase, although the chances of catching even that margin looked remote.

But after Dabrowski made a fine save from Brophy's 20-yard shot, the second arrived.

The ball fell to Pinnock in the area and he lifted it over Dabrowski to give the game a half time score that reflected its balance more fairly.

Fortunately the second half saw more of the competitive performance which was the aim for this tie, although a goal back remained largely elusive.

Ruaridh Langan had a go just after the hour mark, but his finish on the volley was too high.

Then Ross Forbes tried from the halfway line, but his shot proved to be a comfortable save for the keeper.

He then had a free kick which the goalie did well to turn wide, with two corners resulting but ultimately no further chances.

Dabrowski was active again, though, with 13 minutes left, pushing away what looked a certain goal from Brophy's diving header.

Aside from a Denny Johnstone header which missed the target, Sons never looked like scoring for the rest of the afternoon.

But they were competitive enough to keep a second half clean sheet. It wasn't enough, though, to prevent another defeat in a Betfred Cup campaign which will not be one for the history books.