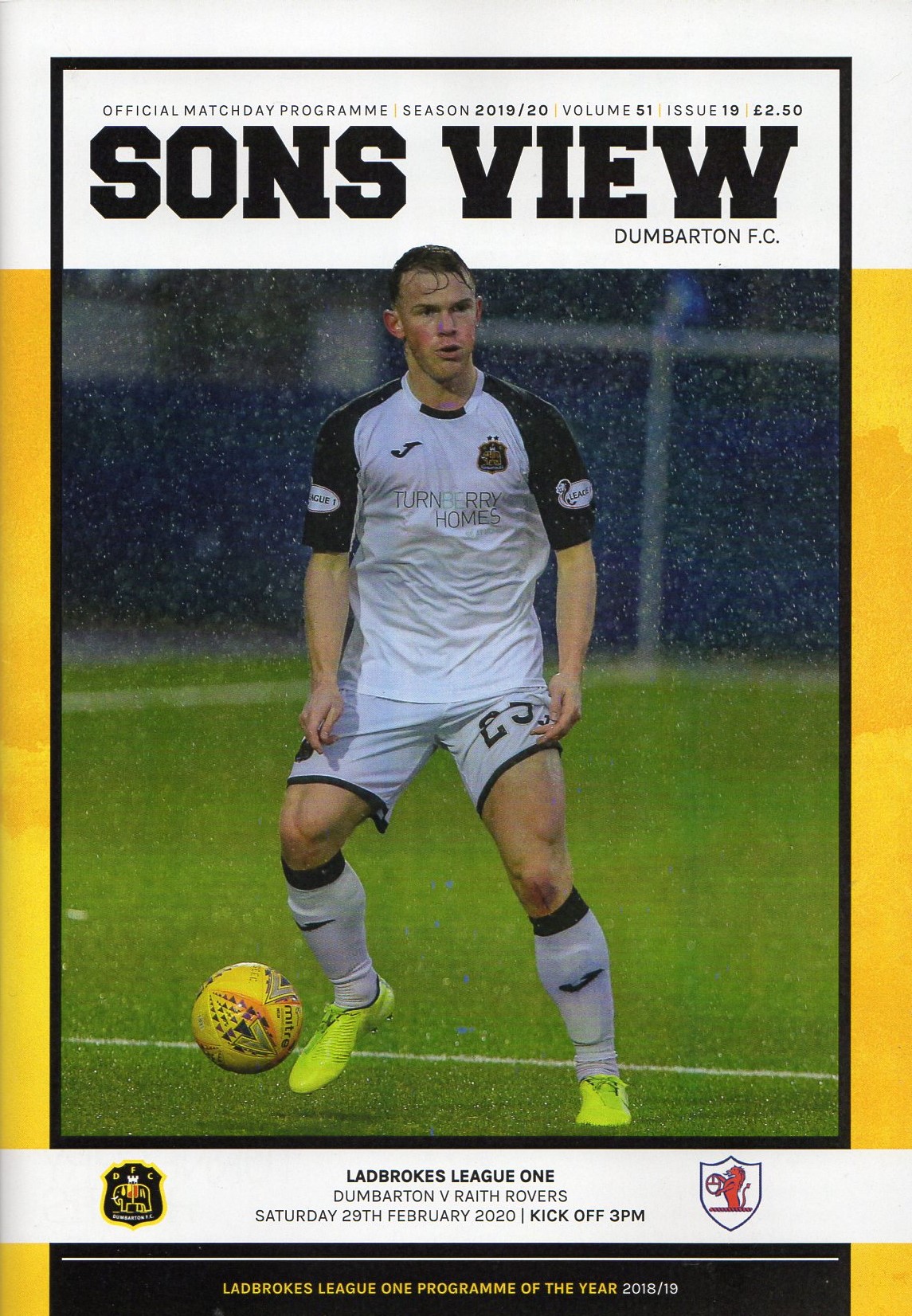 THIS is why you sit in the freezing cold, biting wind and hefty rain from first minute to last.

Why you go week in, week out even when it's eight weeks into the new calendar year before you get your first victory of it.

Because you just don't know when it'll go for you. Not like this anyway.

We were all set to leave the C&G Systems Stadium for the second time in three weeks with Dumbarton taking a point from an element-dominated game against a team around the top of League One.

Not bad. A third home clean sheet and all that.

And then that moment happened. THAT moment.

Raith Rovers thought they'd seen a corner clear in the third minute of injury time, until it fell to Stuart Carswell on the edge of the box.

He doesn't score a great deal, but when he does they are special. And boy, was this special.

As soon as he thrashed it towards goal, the keeper wasn't getting it.

It might not do anything for Dumbarton's prospects of reaching the top four. It did a shedload to keep them clear of the bottom two.

But when this comes along, you just get reminded of the whole purpose of supporting your team. Every now and then, something like this happens.

It ended a game which, dictated by the elements, was lacking in major incident for most of its regular 90 minutes.

The first clear chance fell Raith's way after 10 minutes, but Conor Brennan was alert to John Baird's header at the back post from a corner.

On 21 minutes Robert Jones flicked a cross towards goal, but Stefan McCluskey was just beaten to it by the goalkeeper.

Ruaridh Langan then played Jones in after intercepting in midfield, but the striker's finish was too high.

The same could also be said of a McCluskey shot on the half hour mark after Jones headed a corner back. He went for it, but missed the posts and bar.

Effort was plentiful, but even though the conditions had to be taken into account, chances had been scarce for each side.

There wasn't a long wait for the first one of the second half, when PJ Crossan was unlucky to see his shot glance across goal and wide.

John Baird did then find the net, as he so often enjoys doing against Dumbarton, but Raith's celebrations were instantly muted by an offside flag.

A Ross Forbes shot was deflected past with 20 minutes to play, but when the resulting corner fell to Crossan, his shot was off target.

After that, the game meandered to its conclusion, goalless and not likely to live long in the memory.

And then Carswell intercepted a clearance from a corner in injury time.