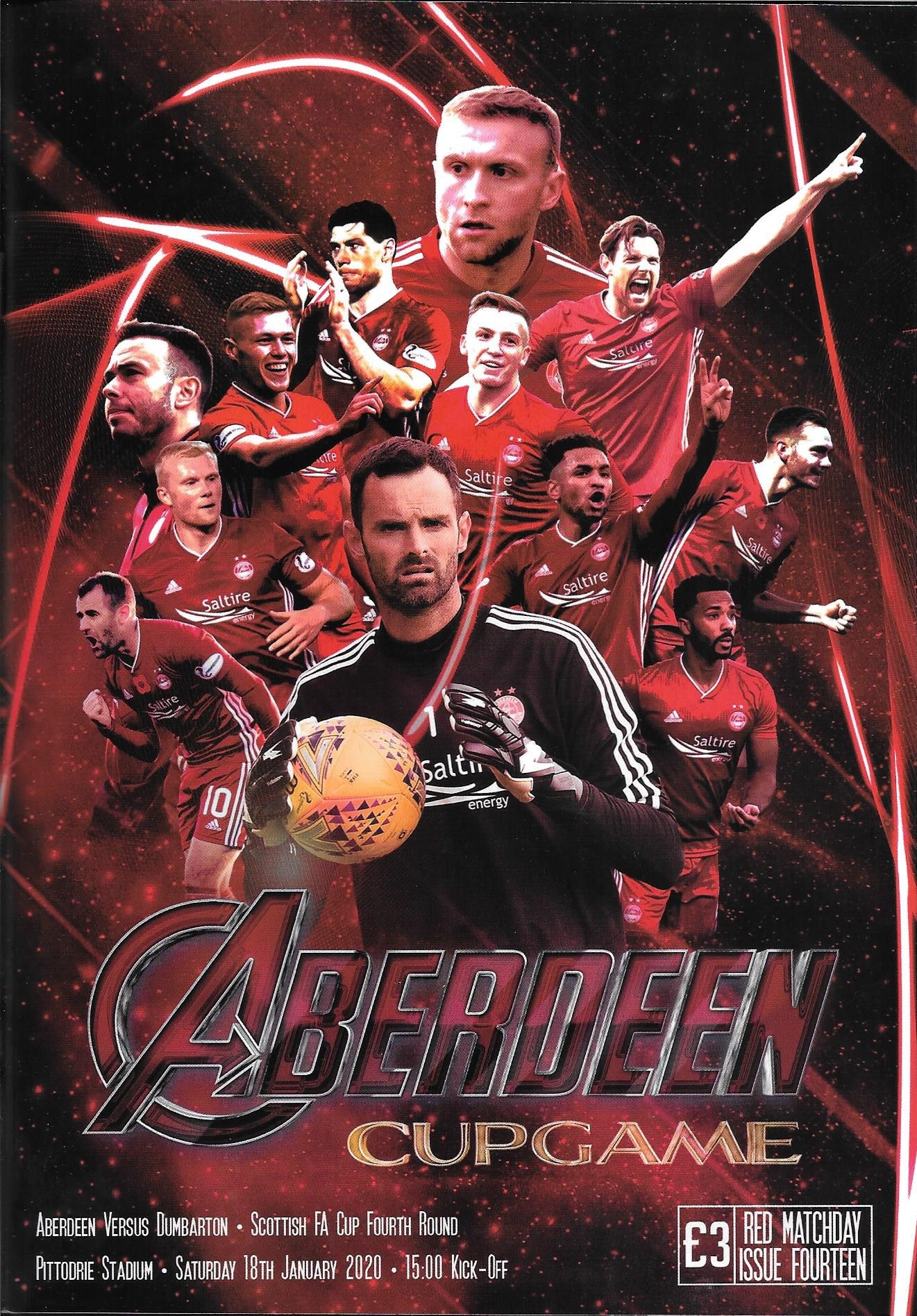 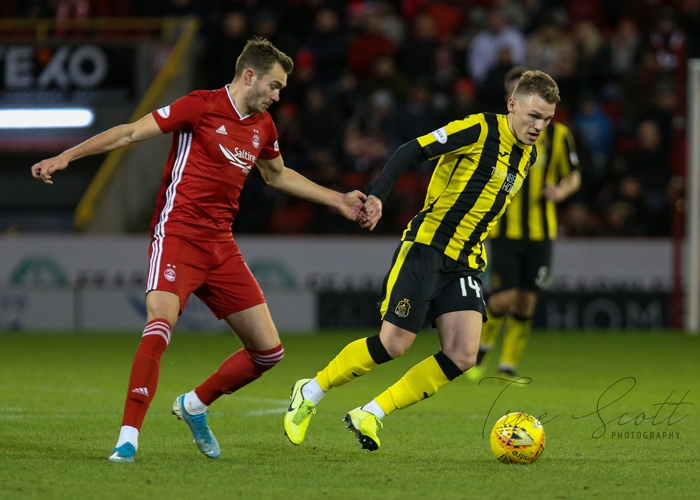 AND you thought the quarter final defeat was tough to take.

Dumbarton, on their return to Pittodrie six years from their last eight tie, weren't expected to make any impression.

They can come down the A90 feeling very hard done by that the teams are not doing it all again in 11 days' time.

They were six minutes away from ensuring as such when Sam Cosgrove went over in the area under a challenge from Rico Quitongo (pictured). The Aberdeen striker did the rest.

After an afternoon of all-out effort which hardly saw a major assault on the home goal, but very few seriously troubling efforts on theirs, Sons' efforts were for nothing.

It was 15 minutes before Conor Brennan was forced into his first save of the afternoon, keeping out a low effort by Dylan McGeouch after some neat play by the Dons put him in.

In quick succession, Ash Taylor twice found space for a header from a set piece, but neither effort was on target.

Bruce Anderson was next to have a go, but his shot from 12 yards was also wayward after efforts to clear a low ball only resulted in reflections.

Then Andrew Considine's header from a corner frayed some nerves, but it too was over, while Niall McGinn bent a shot wide.

Right on half time, Considine made space from another corner, but Brennan dealt with his header.

The second half started similarly. Cosgrove's shot was easy for Brennan, and then his header missed the target.

Another corner found Taylor, but his header was blocked on the line. Then Anderson shot over from Considine's low ball in.

The next contender was Funso Ojo, from distance with 19 minutes left. Brennan was equal to his shot and did enough to stop Anderson putting the rebound away.

He then made another fine save from Anderson's volley, although any goal would not have counted anyway due to an offside flag.

McGinn tried another bending effort from 20 yards with 10 minutes left, but it drifted just wide.

But with six minutes left, Cosgrove went down in the area under Quitongo's challenge. Penalty it was and the striker put it away himself.

One of these days it'll happen for Sons at Pittodrie. It hasn't since 1975, when they drew 1-1. They can feel very hard done by that it didn't today.