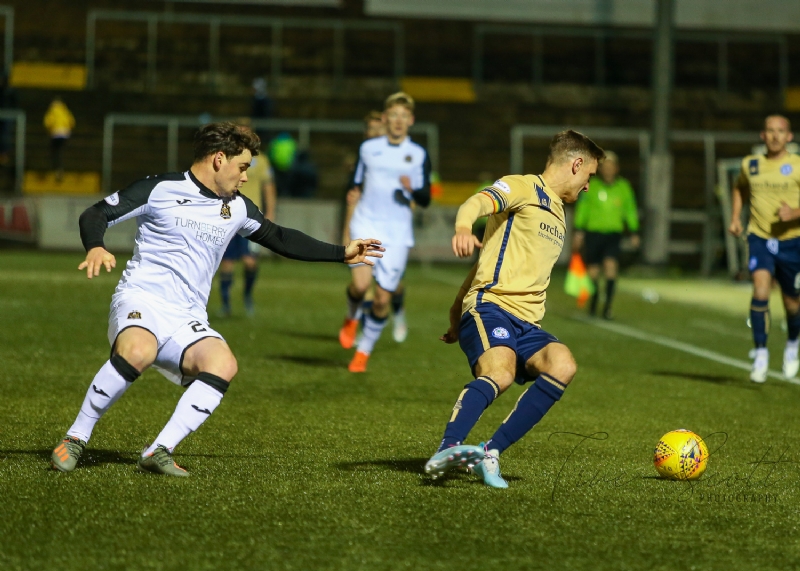 THIS is why we all go to football week in, week out.

Why, however many own goals and deflating defeats the game throws at us, we always come back for more.

Because you just never know when it's going to turn around.

Half time arrived at Forfar with Dumbarton in a bad position. Twice they had come back from a goal down, twice they had been given it all to do again.

Michael Travis' opening two goals for the Loons were followed by equalisers from Joe McKee and PJ Crossan, only for Dale Hilson's penalty to send Sons in at half time still a goal down.

The response in the second half was a late entry for goal of 2019 - goal of the decade even. Reghan Tumilty's stunning volley got equality restored for a third time.

The winner may well go down as an own goal by home keeper Marc McCallum, but tell that to Crossan. It was brilliantly worked, and after the goal which sealed defeat to Montrose in the last outing, Dumbarton were due that sort of break.

By no means was it a complete performance but the guile, heart and endeavour of previous games was back in evidence during a breathless second half.

Sons' aspirations of a clean sheet to bounce back from last week's defeat to Montrose lasted all of two minutes. Forfar were awarded a free kick which they worked into the area and although Conor Brennan stopped Calum Tapping's initial shot, Travis stuck the rebound away.

A couple of half chances were created by the visitors, but neither were unduly troubling for the home keeper.

Indeed, his first serious action was to dig the ball out of the net after 21 minutes. Matthew Shiels set McKee up 20 yards out and his powerful shot rolled into the bottom corner.

On 28 minutes, though, it was back to square one again. Travis was the only one rising to meet Ross Forbes' corner and claimed his second of the afternoon with a powerful header.

With that, Forfar had Dumbarton where they wanted them. A few minutes later Forbes had the ball in the net, but only after the assistant referee made what looked like a close offside call in Sons' favour.

Only a clearance by Morgyn Neill stopped Jamie Bain's low ball, and Mark Docherty fired wide after another clearance broke to him.

In amongst all this, Sons talisman Isaac Layne's afternoon came to an early end when he was forced off injured. Crossan came on - how well would he fill the void?

Within eight minutes of his introduction, a minute from half time, we had our answer. He went for goal from the same position as McKee had earlier, and it brought exactly the same outcome. All square again.

Dumbarton just had to see the level scoreline through to half time, but immediately Forfar got forward again and Adam Frizzell was punished for a challenge on Tapping in the area.

Penalty it was, and Hilson stepped up to send Brennan the wrong way. Once again the team talk had to be rewritten.

Sons began the second half with purpose but without much threat, before Tumilty, on the hour mark, took matters into his own hands.

A perfectly weighted long pass by Kyle Hutton found the right back, who many may have expected to cross. Instead he went for it and had the home keeper well beaten for the third equaliser of the afternoon.

Was a fourth going to be needed? If it was, it was going to be by Forfar, due to a stroke of luck on 73 minutes which put Sons in front for the first and only time.

Crossan cut in from the right and went for goal, with his shot rebounding from the post. It hit the keeper's back and trundled over the line, with the assistant referee confirming the goal by running back towards halfway.

It was all going to switch to the other end now. The Loons were going to throw everything forward and Dumbarton had to match whatever they could launch at them.

Fortunately no task was insurmountable, even when Forbes stood over a 20-yard free kick with a minute remaining. Everybody knows what damage those can do, but it was followed by a corner, which saw the goalkeeper come up, but came to nothing.

Indeed, substitute Ryan Tierney could have stolen Tumilty's thunder earlier after some excellent skill, weaving past three defenders before just failing to get a shot away.

It wasn't needed, and now neither is dwelling on events of seven days ago.