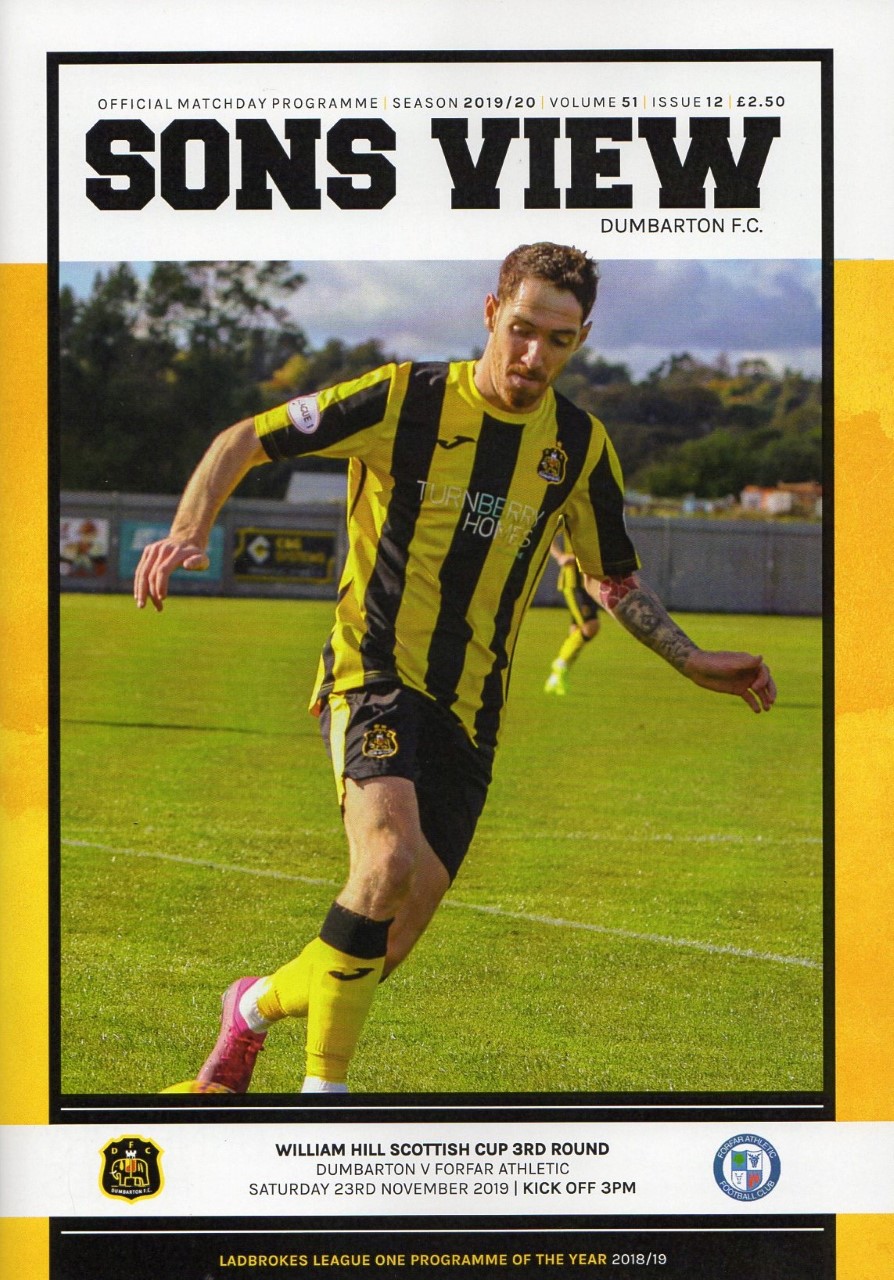 FOR the long middle section of this game, Mills and Boon had nothing to worry about.

The romance of the William Hill Scottish Cup wasn't matching their scale at Dumbarton. It was minimal.

A bright start for the home side against Forfar Athletic, through Adam Frizzell, was cancelled out by Callum Tapping, which followed by a game of guts but little action.

But in the final 20 minutes, Sons got their name in the hat with a convincing rally. Ryan McGeever and then Isaac Layne - who now have 12 goals between them this season - ran in the second and third to see them home.

Considering three key players were out, to beat opposition from the same league in convincing fashion was pleasing for Dumbarton and eased some of last week's frustration.

Forfar were under the management of Stuart Malcolm for the first time, with Jim Weir having vacated the post since their last visit to G82 in October.

They took only two minutes to show any sign of a new manager bounce when Tapping's shot on the turn forced Conor Brennan into a low save.

But Dumbarton opened the scoring on nine minutes with further evidence that Frizzell loves playing against Forfar. After being set up on the edge of the area by Layne, his low shot took a deflection and rolled past the keeper.

Layne himself had been played in by some clever play from Kyle Hutton as part of a neat move forward by Sons.

On 16 minutes Frizzell almost turned provider, but from his free kick on the right wing, McGeever's header just missed the target.

Five minutes after that Sons had it all to do again. A defensive header from Murray Mackintosh's cross only found Tapping, who applied an excellent bending finish.

Frizzell almost provided an immediate response, but his shot on the turn was pushed wide by the keeper. A McGeever header from the resulting corner briefly caused optimism, but dropped to a comfortable height for the keeper.

After that, the game grew scrappy, and half time arrived with neither side having landed a further meaningful glove on the other.

That didn't take long after the restart, but the keeper was equal to Layne's low effort on the turn.

But the game went into its shell again. There was plenty effort from each side as per, but the end product in front of either goal was minimal.

That was until the 72nd minute when McGeever got his head to Stefan McCluskey's corner and continued his growing reputation as something of a goal machine.

And on 78 minutes, Layne raced on to a long ball from Brennan, got there ahead of the Loons defence and finished. Quite clearly, the striker was having none of McGeever's efforts to catch him at the top of the scoring charts.

Sons could now start thinking about the next round and a shot by Hutton from 20 yards flew narrowly past.

In injury time there was one final fright when Jamie Bain's cross bent towards goal and hit the post, with no takers for the rebound.

Job done. Now to see who it is in round four.