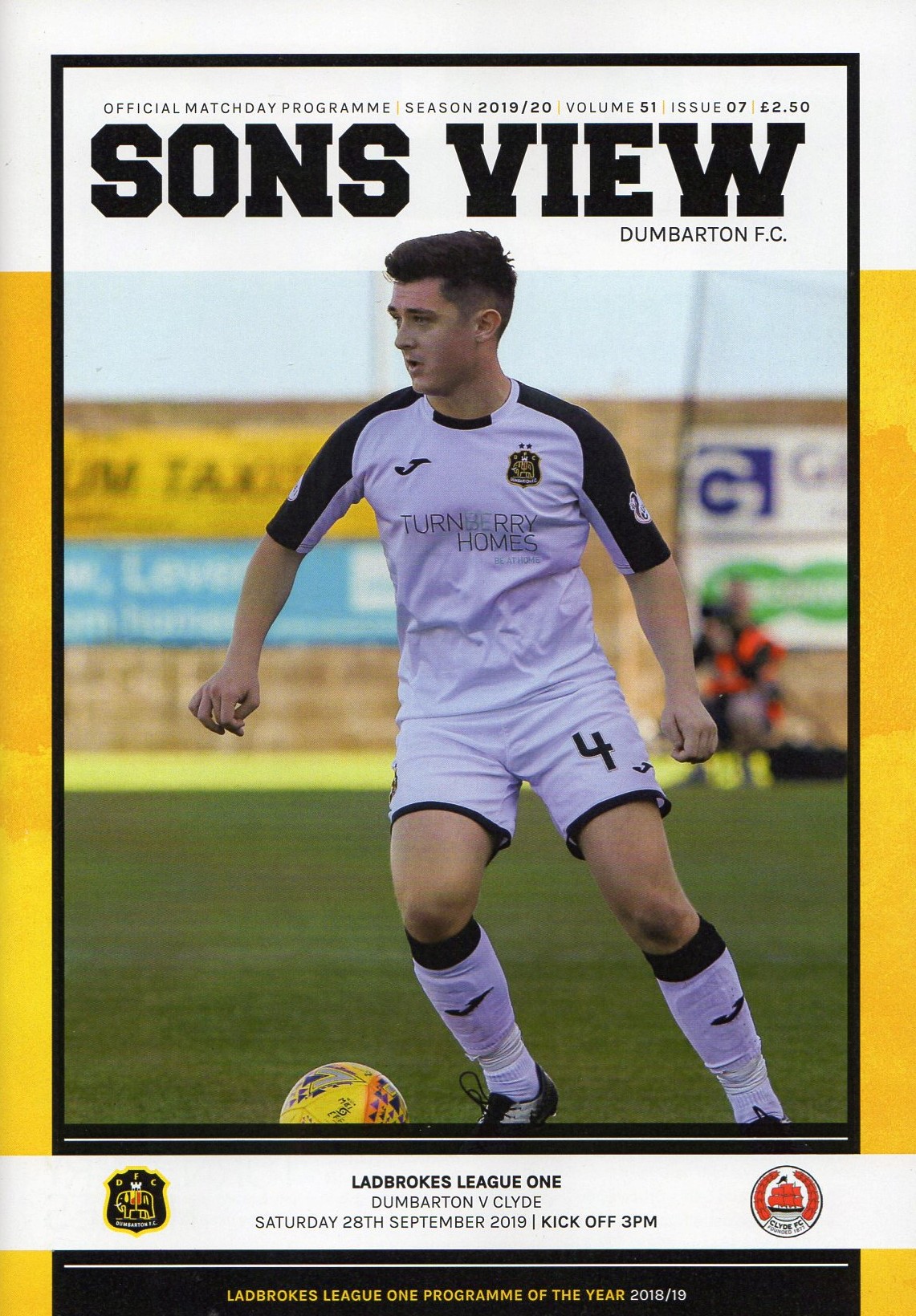 HOME advantage bears that title for a reason.

Dumbarton, in this campaign, have yet to work out what that reason is.

Seven games have taken place in their backyard this season and six of them have seen Sons on the losing side. Only Stranraer have been beaten.

Three of those defeats have come in League One. Against Raith Rovers and Airdrieonians, Dumbarton could feel hard done by.

Against Clyde, they could not. Leading at half time through PJ Crossan, it all looked good, but it fell apart in a second half almost totally dominated by the visitors.

The absence of injured centre half Ryan McGeever from the 58th minute was to their cost as Chris McStay and Chris Johnston gave Clyde victory.

It was their first win in Dumbarton since 1988, and one that few people could argue with.

Within two minutes the visitors were showing no signs of missing their talismanic striker David Goodwillie, who was suspended.

Darren Smith's shot from the edge of the area forced Conor Brennan into early action, turning the effort over the bar.

On 11 minutes Sons responded when Stefan McCluskey cut the ball back for Ruaridh Langan but the midfielder's shot was blocked by the keeper's legs.

Clyde dominated the subsequent stages in terms of possession but neither side was able to look a great deal like opening the scoring.

Crossan did have a shot for Dumbarton after a fast counter on 28 minutes, but it was always rising and went over.

Another opportunity fell to Isaac Layne after Sons intercepted 20 yards out, but his shot rolled wide.

Four minutes from half time Dumbarton did have the lead after some excellent work by Crossan. After taking the ball from McCluskey on halfway, he ran in to finish from a narrow angle.

Early in the second half, McCluskey himself had a go, but the visiting keeper was equal to it.

After all those chances, a concession of the ball in midfield nearly led to disaster. Fortunately, Brennan blocked from Smith after he ran in at close range, with McGeever dealing with what danger was left.

Then on 55 minutes one former Sons player nearly set up another. Johnston's corner found Martin McNiff arriving at the back post, but once again Brennan made the stop at close range.

Instead Johnston had an assist on 61 minutes. His free kick into the area was not dealt with and McStay fired home from the edge of the box.

But from the resulting corner, Johnston rolled home the Bully Wee's second goal.

The pressure from the visitors was absolutely constant with Sons hardly in the game, and only the post prevented Mark Lamont from making it 3-1.

With four minutes remaining McCluskey played the ball across goal, but Langan could not make sufficient contact and the chance was missed.

And that was the home record extended further.