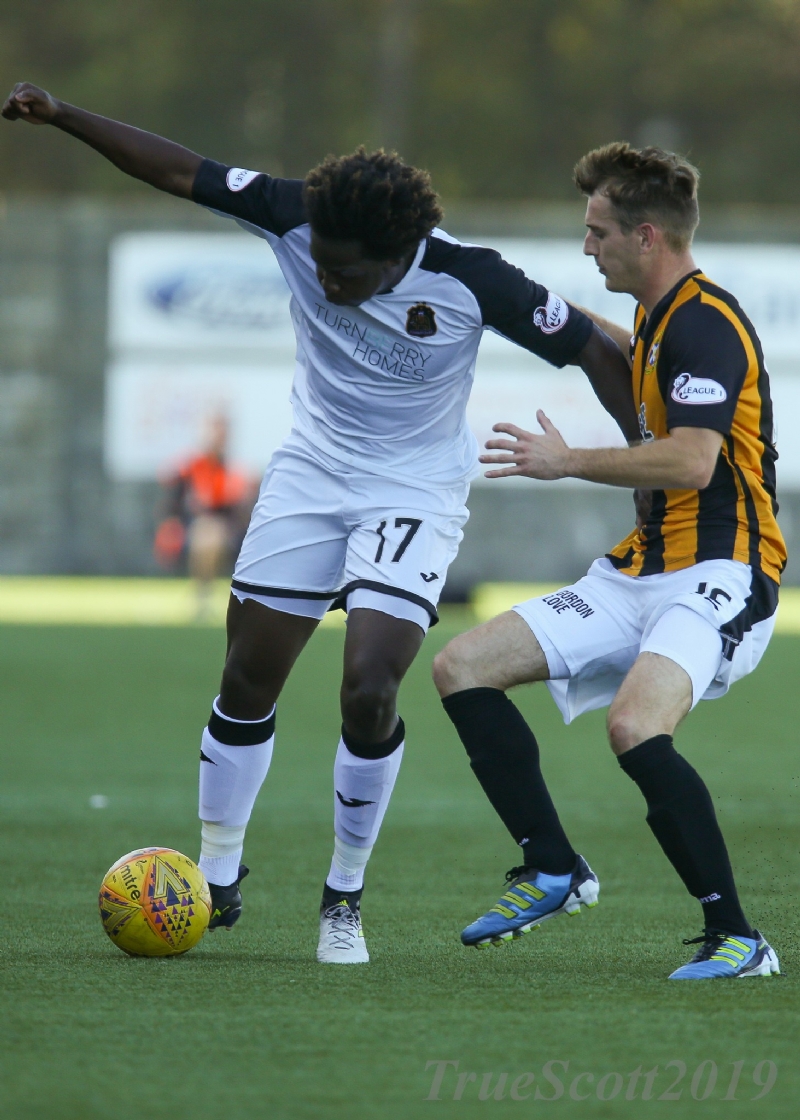 THERE'S no such thing as a bad point away to the unbeaten league leaders.

Dumbarton, certainly, would have taken the one they ended up with before a ball was kicked in anger at New Bayview.

But from 2-0 up, there is always an element of what if.

Having absorbed a great deal of pressure, Dumbarton were flying by the opening minutes of the second half. That was when Isaac Layne's penalty doubled the lead initiated by Ryan McGeever late in the first half.

But Stewart Murdoch soon had one back for East Fife and when Scott Agnew got the equaliser from the penalty spot, it looked ominous. Was negative retribution for Peterhead about to come?

Fortunately not. The points were shared and Sons could head home reasonably content.

After only three minutes East Fife were showing intent when Murdoch was given a free header, possibly after a bit of jostling with Morgyn Neill. Fortunately, his finish was past the post.

The ball did enter Conor Brennan's net on 19 minutes, with Ryan Wallace tapping home, but he had long been flagged offside.

Hearts were then in mouths on 28 minutes when Rico Quitongo challenged Aaron Dunsmore in the area, but the referee booked the home player for diving.

Nine minutes from half time came Sons' first serious threat when Neill got to Joe McKee's corner only for the keeper to save his header well.

It mattered not, as from the resulting corner McGeever succeeded where his central defensive colleague had no joy, powerfully heading home another McKee delivery.

Then two minutes into the second half Ruaridh Langan was tripped trying to make progress in the area.

Layne converted the penalty and a game which had seen Dumbarton under pressure early doors now saw them lead by two.

Neill was then involved in another penalty shout by East Fife, but the ref ruled that he was the player fouled by Wallace.

The home side, though, were back in it on 57 minutes when Murdoch forced the ball over the line from Agnew's free kick to the back post.

And within two minutes, they should have equalised. Liam Watt made space in the area, but his shot missed the target.

On 69 minutes there was the rarity, for this game at least, of a chance that Sons failed to convert. Layne controlled Stefan McCluskey's ball into the area but his shot on the turn was saved.

It was then third time lucky for the home side from the penalty spot. Neill clattered into Wallace in the area and Agnew stepped up to convert despite Brennan getting a hand to it.

With six minutes left, Matthew Shiels sprinted away from the home defence, but the keeper blocked his shot at close range.

Then Layne headed over from six yards from Reghan Tumilty's cross. It was slipping away.

In the end it was a result Dumbarton would have taken before the game. But there would have been just a little regret about how it happened.