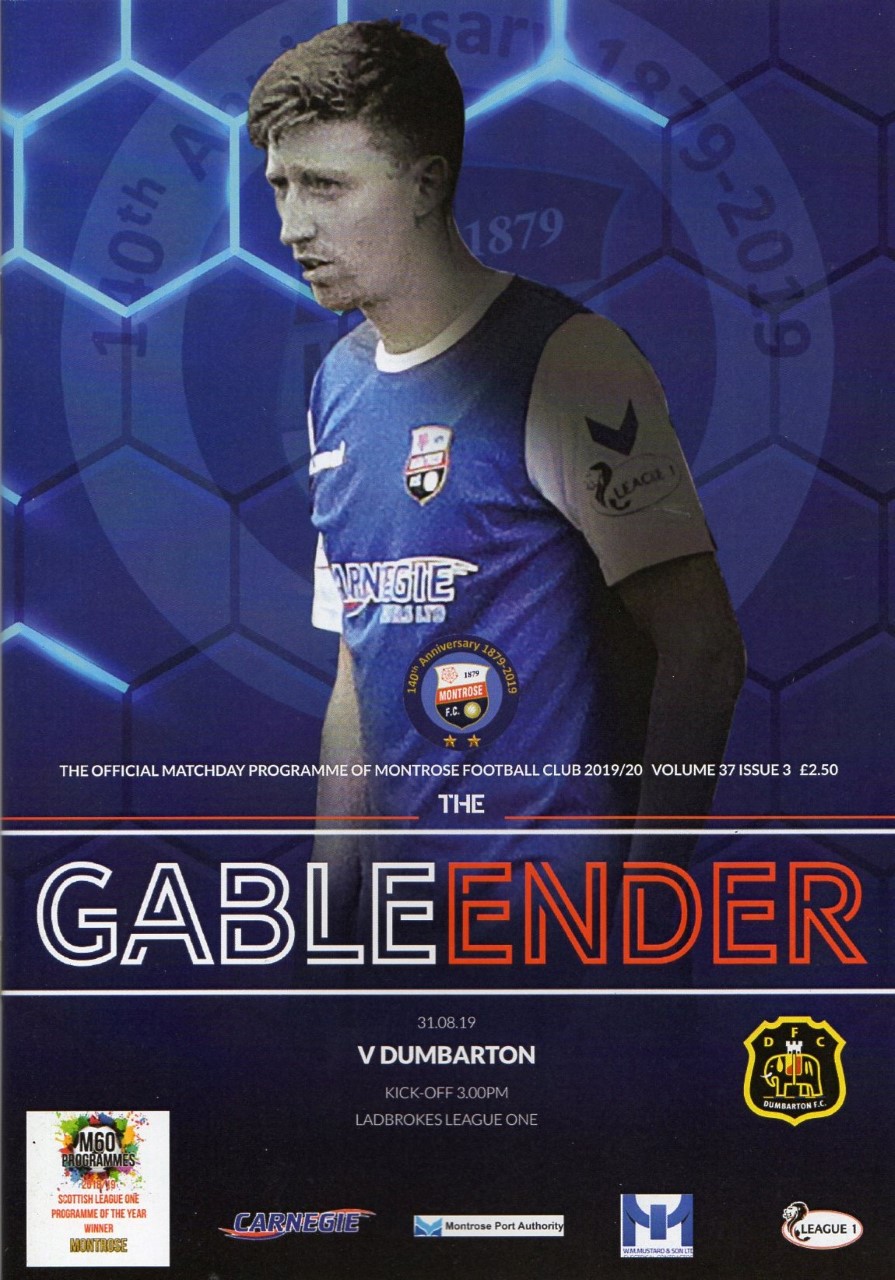 ANYBODY needing the definition of a heart-stopping moment need only have been at Links Park at 4.50pm on Saturday, August 31 2019.

At that moment, Graham Webster was firing a shot towards goal for Montrose which looked in all the way. Dumbarton keeper Conor Brennan had other ideas and heroically touched it over the bar.

What could so easily have been one point WAS three. Isaac Layne was at the double again, leaving Sons coasting at half time.

The Gable Endies made more of a game of it in the second half, though, and when Blair Lyons got one back, echoes of the negative side of Peterhead a fortnight ago were sounding.

In the end, Sons held out, but how much did they owe to their goalie?

The rain was set to make life difficult for the two teams, a fact illustrated when Joe McKee's early shot from distance slipped from the keeper's fingers but he gathered at the second opportunity.

Montrose soon responded when Lewis Milne had a shot from outside the area which narrowly missed the top of the bar.

On 11 minutes Layne was played in, but his angled shot went across goal and wide.

But he had better fortune 10 minutes after that when the keeper could only parry McKee's effort. In his form, Layne could hardly miss from six yards.

The home side again fought back, with Russell McLean just shy of reaching Milne's corner at the back post.

Eleven minutes from half time Layne had his second, powering home a header from another McKee assist, this time a free kick from 25 yards out on the right.

With Layne having repeated his double from last week, there was almost then a goal for Reghan Tumilty for a second consecutive week early in the second half.

But he couldn't quite turn the ball home after Ruaridh Langan's shot spun into to the air.

On 66 minutes newly introduced home sub Ross Campbell made an almost immediate impression, but his header from six yards hit the bar and spun out of play.

Montrose, though, did hit the net with 14 minutes to play when Lyons converted from close range from a ball from the left.

McKee tried a shot from distance which the keeper again parried, but this time nobody was on hand to put the loose ball away.

The home side broke upfield and only a block from a defender stopped Webster's powerful effort. All hands now had to be on deck.

Another McKee effort, from the edge of the area, was just over as the standard 90 minutes came to an end.

And that was it — apart from Brennan's late heroics, which were just a bit worthy of note.