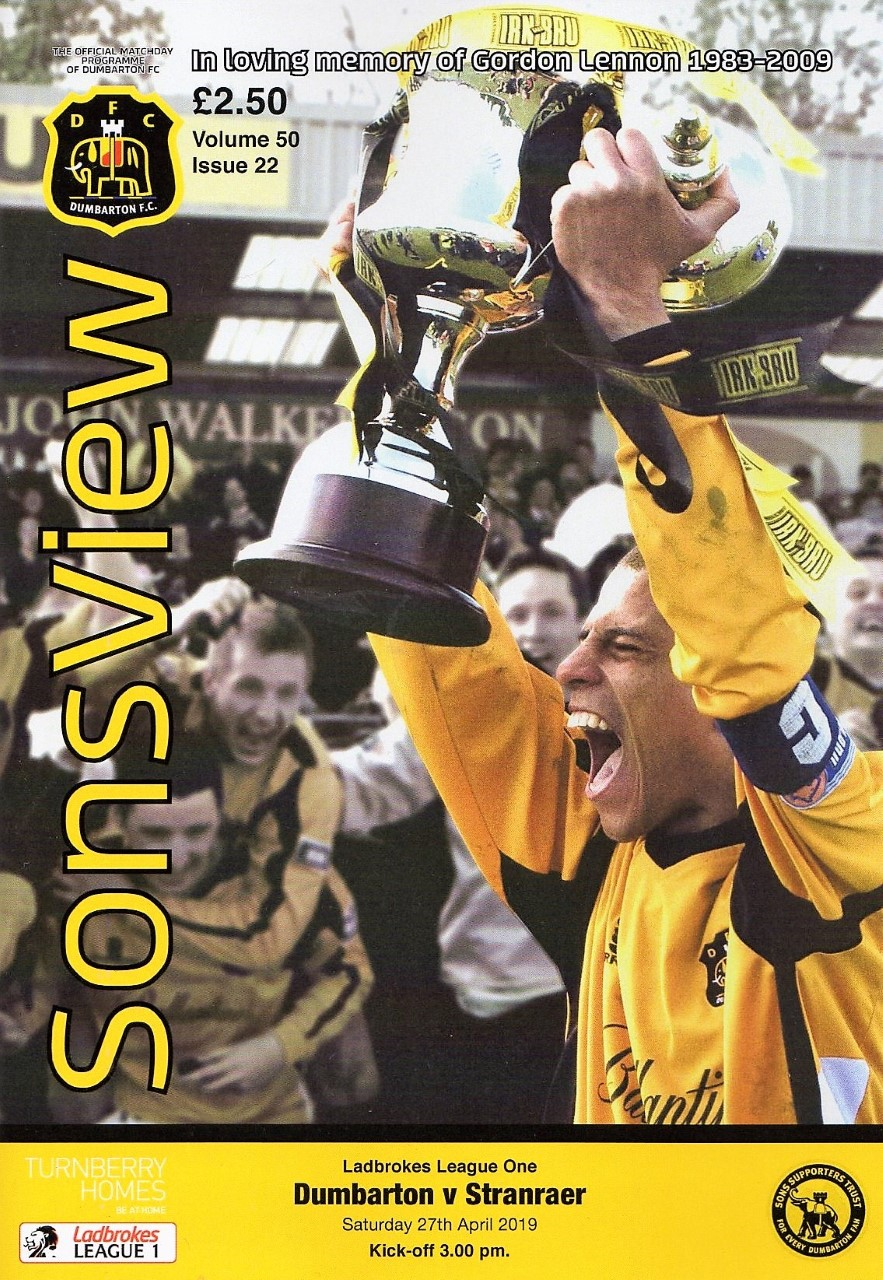 WHEN Dumbarton and Stranraer meet again in League One next season, who knows how different the two teams could look?

By that virtue, there wasn't a lot that could be read into this game between the two clubs. But in terms of Sons' league finish, it made things that bit better.

Goals by Calum Gallagher and Ross Forbes within 17 minutes had them coasting. It could have been more in the remaining 28 minutes of the first half.

In the end, the second 45 was more subdued, and when Innes Cameron headed one back for Stranraer early in the second half, nerves were a bit more frayed.

Fortunately it was enough, and an eighth home win of the season - seven of them achieved under Jim Duffy's management - meant that finishing lower than seventh will be unlikely for Sons.

Fifth and sixth are still up for grabs, pending primarily events at Arbroath on Saturday where season 2018/19 will be officially wound up for Dumbarton, at least in terms of matches.

But the next time they take to the C&G Systems Stadium pitch, it will be the start of what they hope will be a more successful campaign.

They certainly were not slow to get going here. Eight minutes had elapsed when Dom Thomas' initial shot deflected off a defender. Gallagher was suddenly in the clear with the break of the ball, and made no mistake with the finish. It was his sixth goal in eight games.

The visiting keeper then kept out both Thomas and Gallagher in quick succession with close range efforts. He also turned away a header by Ross Forbes from a similar distance.

But when Cammy Ballantyne put the ball back across, Forbes wasn't to be kept out a second time and Sons were in a great position.

It could have been an even greater one before the interval, but Gallagher was kept out again by the keeper while Thomas fired over.

An Andy McDonald free kick from 20 yards was all that unduly troubled Grant Adam, and he was more than confident enough with it.

Within eight minutes of the restart though, he was beaten, with Cameron getting his head to Mark Lamont's cross at the back post and finishing.

Thomas, and then Stuart Carswell, were close to restoring the two-goal cushion almost immediately, but the former was saved, the latter had his effort deflected past.

The rest of the game, in deteriorating weather, became a bit of a scrap, with only one remaining chance for Sons to add to their half of the scoreline.

Thomas set up Boris Melingui at close range, but the ball got caught under his feet and he couldn't get his shot away.

All back at home again in July. How many current players will be there? We'll find that out soon enough.