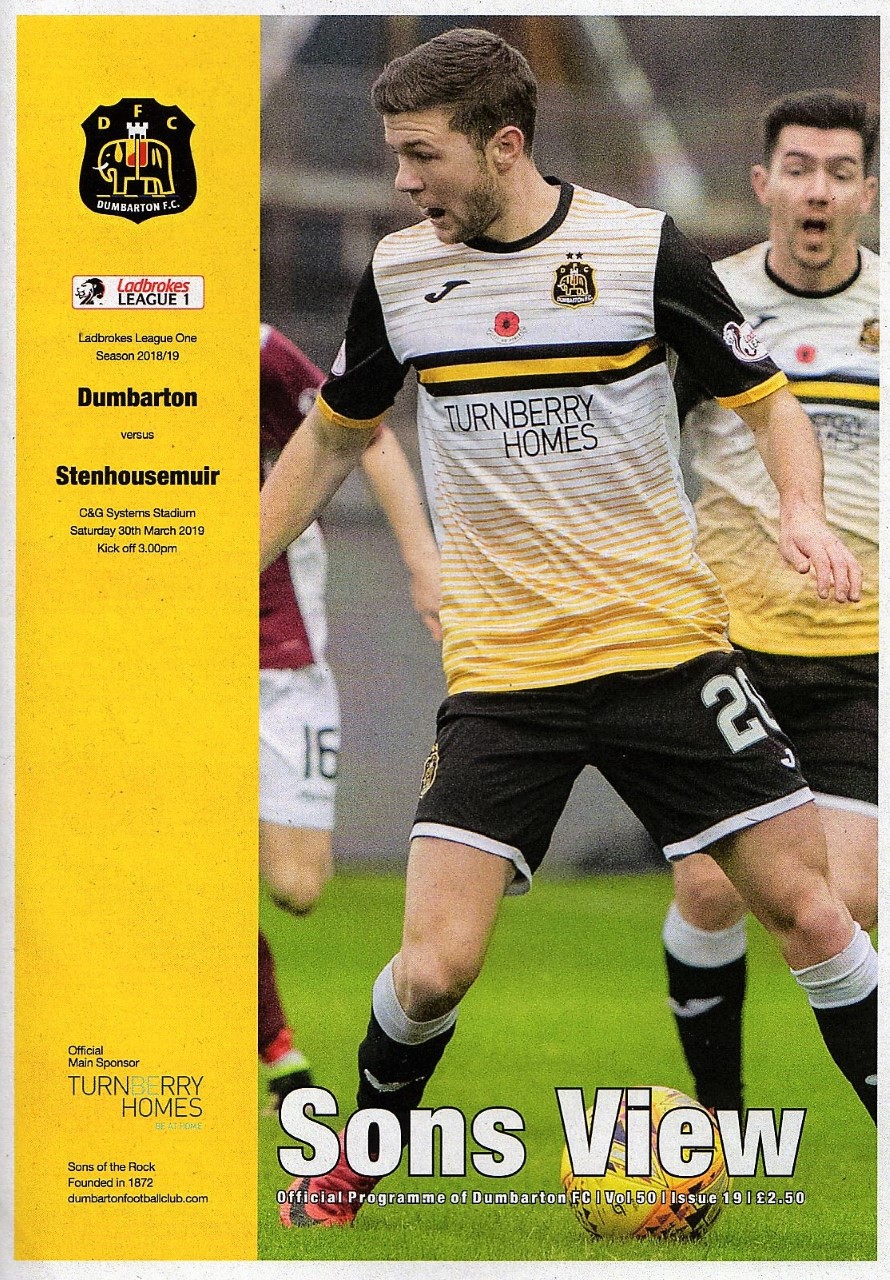 JUST when you thought it was safe to look forward to League One football at worst next season.

Following, seven games unbeaten, square one is within far closer reach for Dumbarton than it was only eight days before this game.

And with the season running out, any complete return there, while a very real threat, would be utterly disastrous.

Stenhousemuir got the victory they worked hard for through goals by David Marsh and Conor McBrearty.

Those were hardly two of a procession of chances for the Warriors, but they took them when they came and in terms of spirit and workrate, they lived up to their nickname and then some.

Craig Barr's goal for Sons with six minutes left wasn't exactly meaningless. It would have been even further from it had a late chance for Boris Melingui found the net.

But Dumbarton, for the second Saturday running, just didn't hit the heights of previous games. And they have limited time to return to them.

After nine minutes Calum Gallagher played Dom Thomas in after intercepting the goalkeeper's kick, but the forward was denied at close range.

Soon after, Bobby Barr did well to meet Michael Paton's cross, but his shot went across goal.

Stenny, though, were in there fighting and took the lead on 27 minutes when Marsh cashed in on the complete absence of marking to charge in and head home a corner.

Seven minutes into the second half, Thomas tried again, but after his shot from the corner of the area was spilled by the keeper, it was scrambled clear.

Then 20 minutes later, the visitors were 2-0 in front. Possession was poorly squandered in midfield and McBrearty did not need a second invitation to run in and force the ball home.

Melingui, on as a half time substitute for Paton, had a decent shot beaten away by the keeper, and then late in the day, Barr gave Sons a lifeline.

He fired home in a scramble from a corner, but apart from Melingui's later effort, which was blocked at close range, that was it.