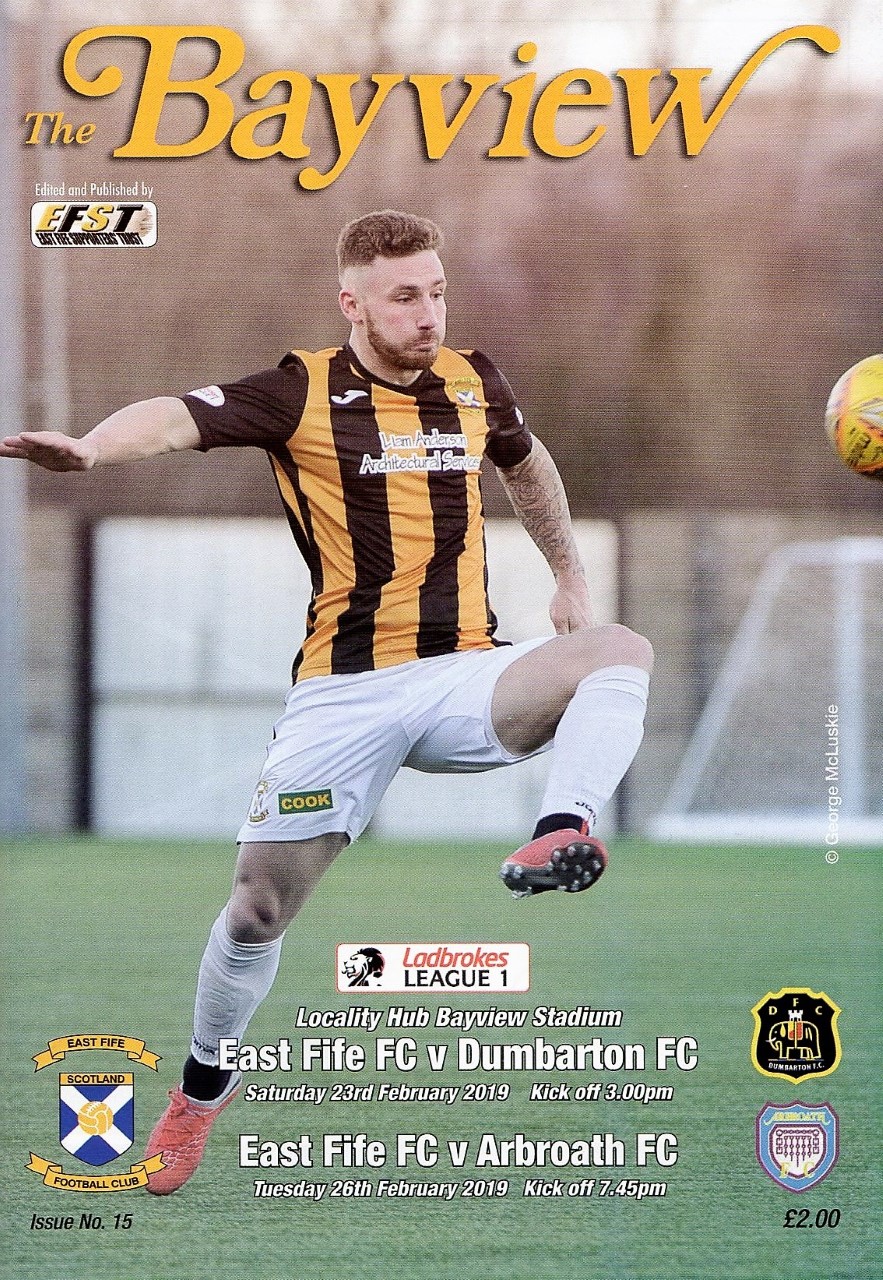 YOU can come out from behind the sofa now.

Games like this are the reason matches are made up of two halves. Whatever story the first one tells, the second is always liable to be different.

Dumbarton could have done to East Fife in the second half what they did to them in the first — crush them, torment them and run in goals at just about every opportunity.

But that would have been boring, wouldn't it? At least if you weren't of a Sons persuasion.

With a three-goal cushion to start the second half, by virtue of a Dom Thomas double either side of a Calum Gallagher goal, the visitors were in total control.

One by one, that advantage was eaten into, with Pat Slattery and Kevin Smith reducing the cushion to a single goal. Even when Thomas completed his hat-trick East Fife scored again through Anton Dowds — and there was still a quarter of the game left.

Chris Kane was sent off for the home side, but that only meant slightly fewer moments to watch through the cracks in your fingers. For what remained of the afternoon, there were plenty of those.

Dumbarton might not have taken three points, or indeed one, from this game earlier in the season. But they are in the zone at the moment.

This and last week's victory at Stranraer made for their first consecutive away league victories since November and December 2016.

If we'd known what was to come, it would be a surprise that the first 20 minutes were a bit tepid in terms of chances.

But what a way to make up for it. When Gallagher set up Thomas on the edge of the area, he thrashed it outwith the reach of the goalkeeper, continuing his run of scoring in every game since his loan deal was renewed.

Anything he could do, Ross Forbes would try to match, but after meeting a cross from Thomas, his searing volley was narrowly too high.

Nine minutes from half time, an astounding ending to the first half took off. It started when Gallagher got to Thomas' through ball and ran in to slide the ball home.

And six minutes later, Thomas cut into the area after intercepting in midfield. A difficult angle, but no problem for somebody putting in his current level of performance.

So that was 3-0, and Dumbarton surely heading for another away win. But the neutrals didn't pay for just 45 minutes' competition.

Even then, had Thomas sealed his hat-trick early in the second half, that would surely have killed it off. Instead, his shot was blocked by the keeper's legs after Bobby Barr set him up.

And then it all got a bit manic.

On 56 minutes a cross from the left was not dealt with and Pat Slattery fired in the loose ball from 12 yards.

And five minutes later, another cross from the left, and this time it was ex-Son Kevin Smith with a free header.

In the next minute, his shot clipped the bar on its way over. That was how close this was getting.

But on 65 minutes, Thomas fired home from the edge of the area. His hat-trick is the second consecutive away treble by a Sons player to be scored at New Bayview, Bryan Prunty doing so with four in 2011.

Game over? No chance.

Within 120 seconds the gap was reset to one goal. This time it was a low ball from the right, which January League One player of the month Anton Dowds rolled home.

Thirty-one minutes of football had seen six goals. It could have been seven in 36, but Gallagher had an effort saved at close range.

Then Kyle Bell ran in on goal in what looked like the moment when a game Sons led 3-0 at half time would be all square. Fortunately, he rolled his shot wide.

Kane walked with 11 minutes to go when a foul on Thomas was followed by a kick out at the Dumbarton talisman.

And after a counter attack which somehow did not result in a goal, with the keeper running back from a corner, that was it.

That was what several people breathing out looks like.