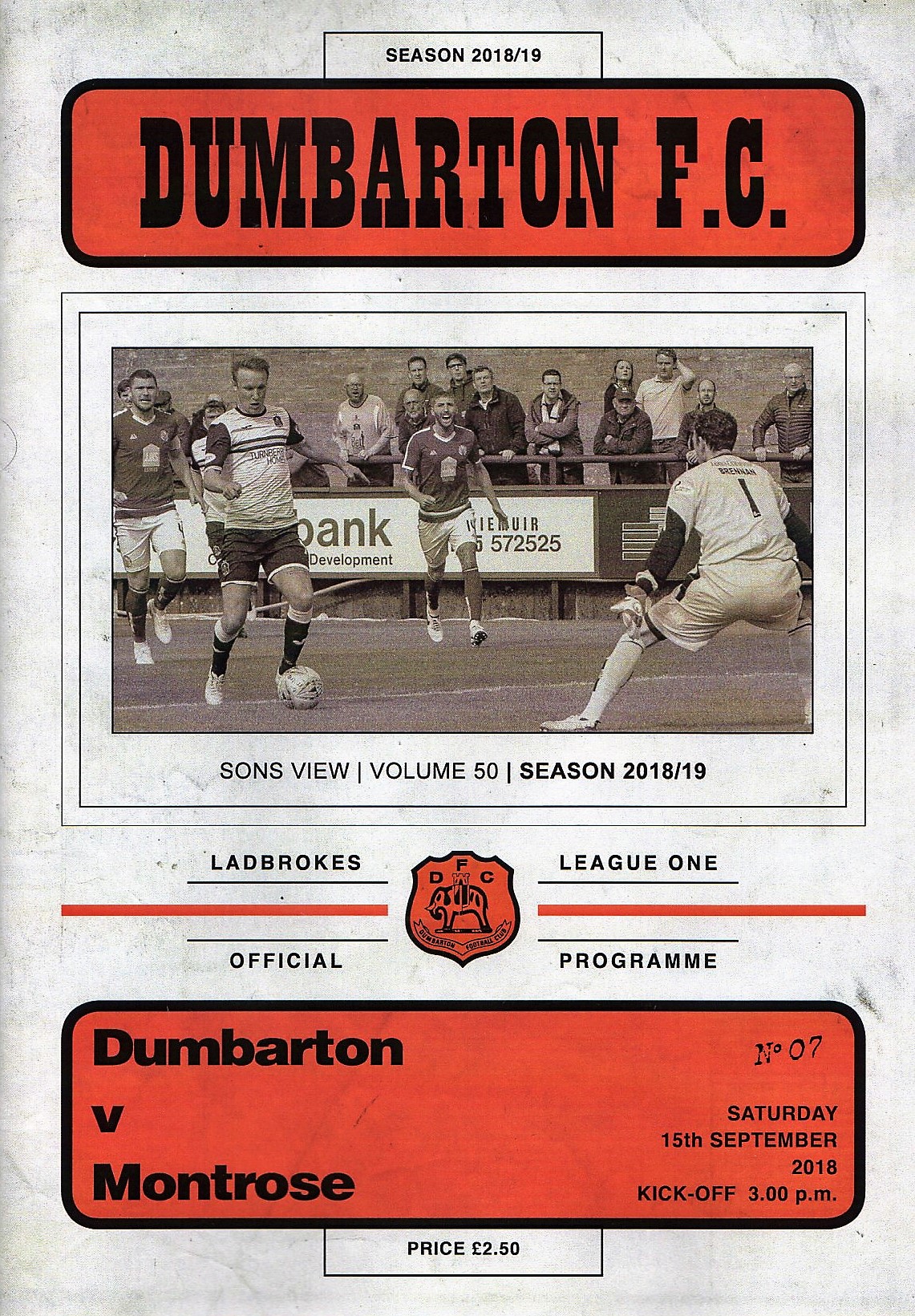 HAS it finally happened?

Was this the game where Dumbarton's injury-riddled season caught its spark?

It's too early to say, but the winning feeling came back to Sons on an afternoon of sheer graft.

They were in the same position at half time as they were against Montrose last week — trailing to a Craig Johnston goal. As things stood at the interval, they were bottom of League One.

But it is amazing what a difference five minutes, never mind a week, can make in football.

On 68 minutes, Andy Dowie headed them level. On 71 minutes, Ross Forbes' penalty became the winner. On 73 minutes, Montrose captain Michael Bolochoweckyj was sent off. From there, it was seen out pretty comfortably save for one close call by the visitors.

And at the end of it all, Dumbarton were sixth. Funny old game right enough.

The things that remain consistent, though, are the injury troubles. By half time Stuart Carswell and Jack Aitchison had joined those on the sidelines.

How long they are out for remains to be seen. But this just might be lift-off.

Efforts by Forbes and Brad Spencer were saved by the visiting keeper fairly easily, while Euan Henderson and Jamie Redman passed up decent opportunities for the Gable Endies.

Grant Adam also made a fine save from Henderson after getting back into position when an effort to clear went awry.

But there was no such luck with three minutes left when Johnston dived to head home Andrew Steeves' cross.

For much of the second half there was little sign of an equaliser, but as it reached its midway point, things were about to turn round.

Forbes' corner evaded the Montrose keeper and Dowie was waiting to finish at the back post.

And within a further three minutes, Rory Loy was floored in the area by a push from Sean Dillon. Punishment was inflicted and Forbes stepped up to score the penalty.

It then got worse for Bolochoweckyj, already carrying a yellow card, when he was shown a straight red after a clash with Ryan Thomson.

What a position Sons were now in. And as the minutes went by, they worked well to see it out.

That was notwithstanding a Martin Rennie header which finished narrowly on what was, from Dumbarton's viewpoint, the right side of the post.

Loy had two chances to get his first goal in a Sons jersey, but that will have to wait until at least next week.

It could be important. Today, Dumbarton did enough.