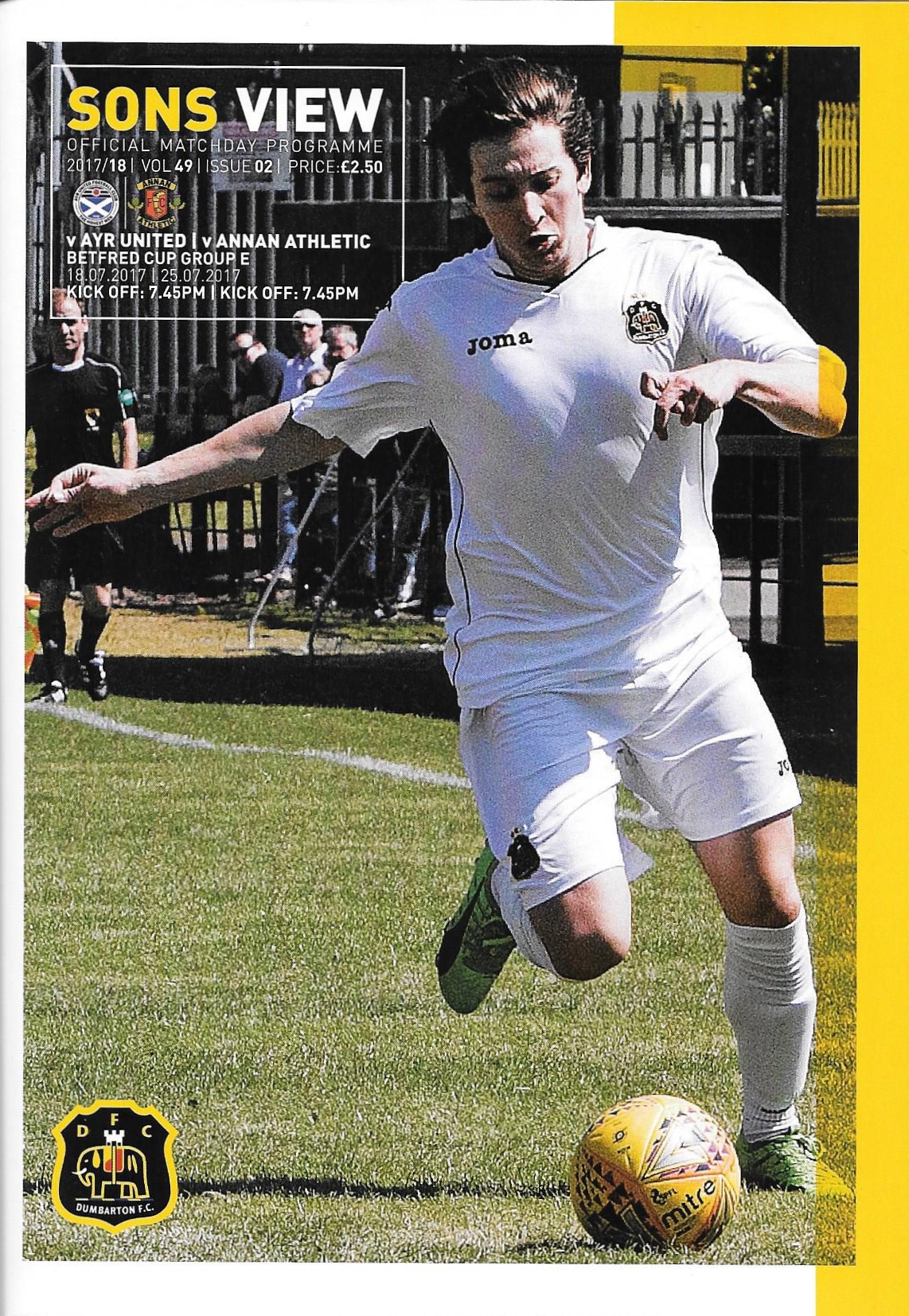 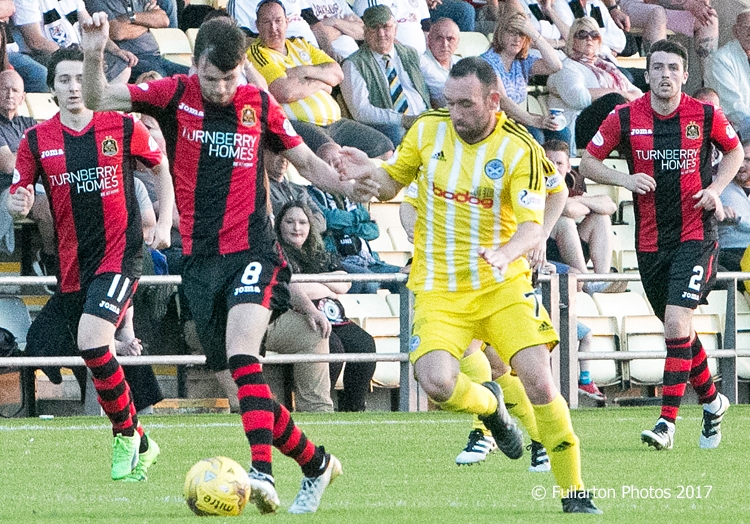 IT all started promisingly. It looked like the breakthrough came just before the hour mark.

But in the end, two of Dumbarton's weaknesses of last season came back to haunt them. The Betfred Cup and Ayr United.

After passing up too many chances, Sons could only go in at half time level after dominating the first 45 minutes.

Two of their players scored - unfortunately, while Christian Nade scored past the visiting keeper, Andy Dowie had already beaten his own one to give the visitors the lead.

Then on 59 minutes, Craig Barr headed home Chris Johnston's corner. The players and fans celebrated, the Ayr players didn't seem to claim a foul, but the referee spotted one and ruled it out.

From there, things stalled, and Ayr pulled clear with goals by Declan McDaid and Robbie Crawford.

There were quite a few positives to the first competitive workout of season 2017/18, but also numerous lessons to be learned.

Chances never come too early in the game. Dumbarton had enough of them to be clear leaders even before Dowie inadvertently put Ayr in front.

But those opportunities were impressively created, and for most of the evening, Sons held their own defensively before tiring later on.

It is not the end of the Betfred Cup campaign by any means, but little room is left for error in the remaining three ties.

After five minutes came a succession of opportunities, none of which could hit the net. Barr tried from distance only to see the keeper beat his effort away. From the loose ball, Tom Walsh's shot was wayward, and then Mark Stewart couldn't quite reach Nade's header across goal.

Soon afterwards Barr had to be removed from the midfield role he had already taken to well after Dougie Hill was forced off injured.

A long range effort by David Wilson just missed the upright, while at the other end Scott Gallacher saved well from Craig Moore.

With 10 minutes left of the first half, Johnston crossed from the right, but Walsh couldn't head it home at the far post.

And from the resulting goal kick, Ayr were ahead. Andy Geggan took off down the right and sent over a low ball which the luckless Dowie put through his own goal.

Soon afterwards, Nade pounced on a slack backward header but his shot was beaten away. From the resulting corner, a ferocious Kyle Prior shot was deflected over.

Nade was then well placed to meet David Smith's cross, but missed the target, before Gallacher saved from Crawford and kept Moore out from the loose ball.

But with the last attack of the first half, Wilson sent in a free kick from a central position and Nade headed home what was to say the least a deserved equaliser.

The second half also started promisingly, with Walsh played in by Stewart only to shoot agonisingly across goal and wide.

The turning point then came with the ruling out of Barr's goal, which then got Ayr on the move.

And with 19 minutes left, Crawford set up McDaid to smash home a blistering drive from the edge of the area.

Questions were now being asked of Sons again, but all they could manage was a narrow angled shot by Nade after he rounded the keeper. He got the angle right, but the goalie was back in time to save.

Then with a minute left, Crawford sidestepped several challenges on the edge of the area and bent home a shot.

It was game, set and match alright, but Sons were close to a goal back when Calum Gallagher's header from another Smith cross hit the bar.

Sons did look like a team needing time to gel, as all sides do at this stage, but the promising signs were there.

Equally, they know what they have to put right.