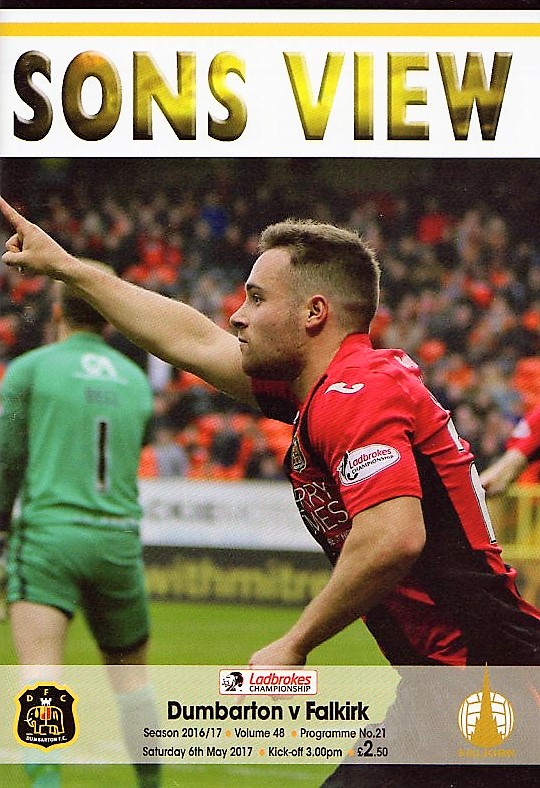 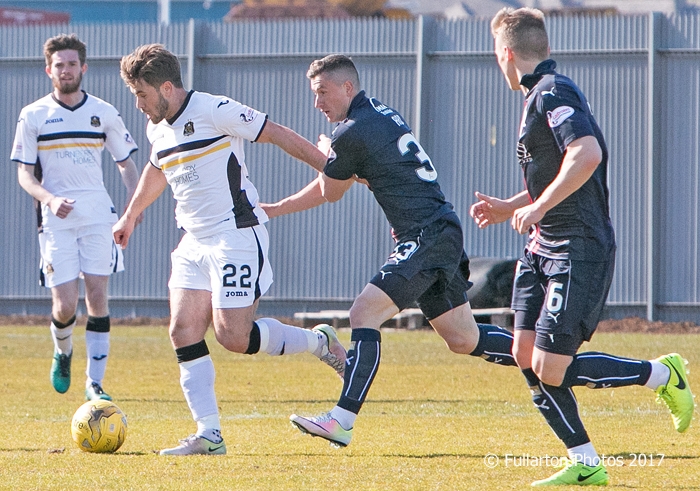 TRUTH be told, it was all a sideshow.

As far as Dumbarton were concerned, only an avalanche of goals in Raith Rovers' favour at Kirkcaldy, and a result for St Mirren at Hibs, could put any pressure on them.

And while any defeat, like this one to Falkirk, carries a degree of disappointment, the bigger picture remained largely untainted.

It was a losing Saturday, but it was Survival Saturday.

Nathan Austin's goal five minutes from full time confirmed second place for the Bairns. Even though Raith scored in injury time against Ayr United to finish level on points with Sons, the job was never going to be undone.

Season 2017/18 was going to be Dumbarton's sixth in the Championship barring last day results which would send shock waves through football. Those didn't happen.

A successful campaign didn't deserve to end in defeat, but as the final whistle neared in what was far from a vintage game, Austin made the difference with a close range header.

The next Sons side to line up in competitive action in July will look very different to this one. But as the current squad took its final bow together, they could be satisfied.

A goal in the first half looked more likely to come from the home side, although chances did not come frequently for either side.

After 25 minutes Robert Thomson almost marked his final match for Sons by scoring past a keeper who shares his full name. However, his close range effort was deflected on to the bar and over.

Right on half time Lewis Vaughan could have got a goal which would have put his parent club, Raith, in further danger, but shot over.

The second half followed much the same pattern, but with more threat from the visitors. Peter Grant's header forced Martin into a save, while Vaughan and Sam Stanton were also close for Dumbarton.

With 17 minutes left Lee Miller, who scored a late winner in the sides' first meeting this season in August, thought he had headed home, but Stuart Carswell cleared his effort off the line.

Instead, the honour of scoring the decider fell to Austin, who reached Luke Leahy's cross from the left and finished.

In terms of a result, it wasn't the way Dumbarton wanted to end. In terms of league finish, it was.

The post-match applause was accepted in the knowledge that at least five of the team have played their last game for Sons, either through pre-contract agreements or the expiry of loans. More may follow, depending on business over the coming weeks.

It will be another different team next season. But that's football.