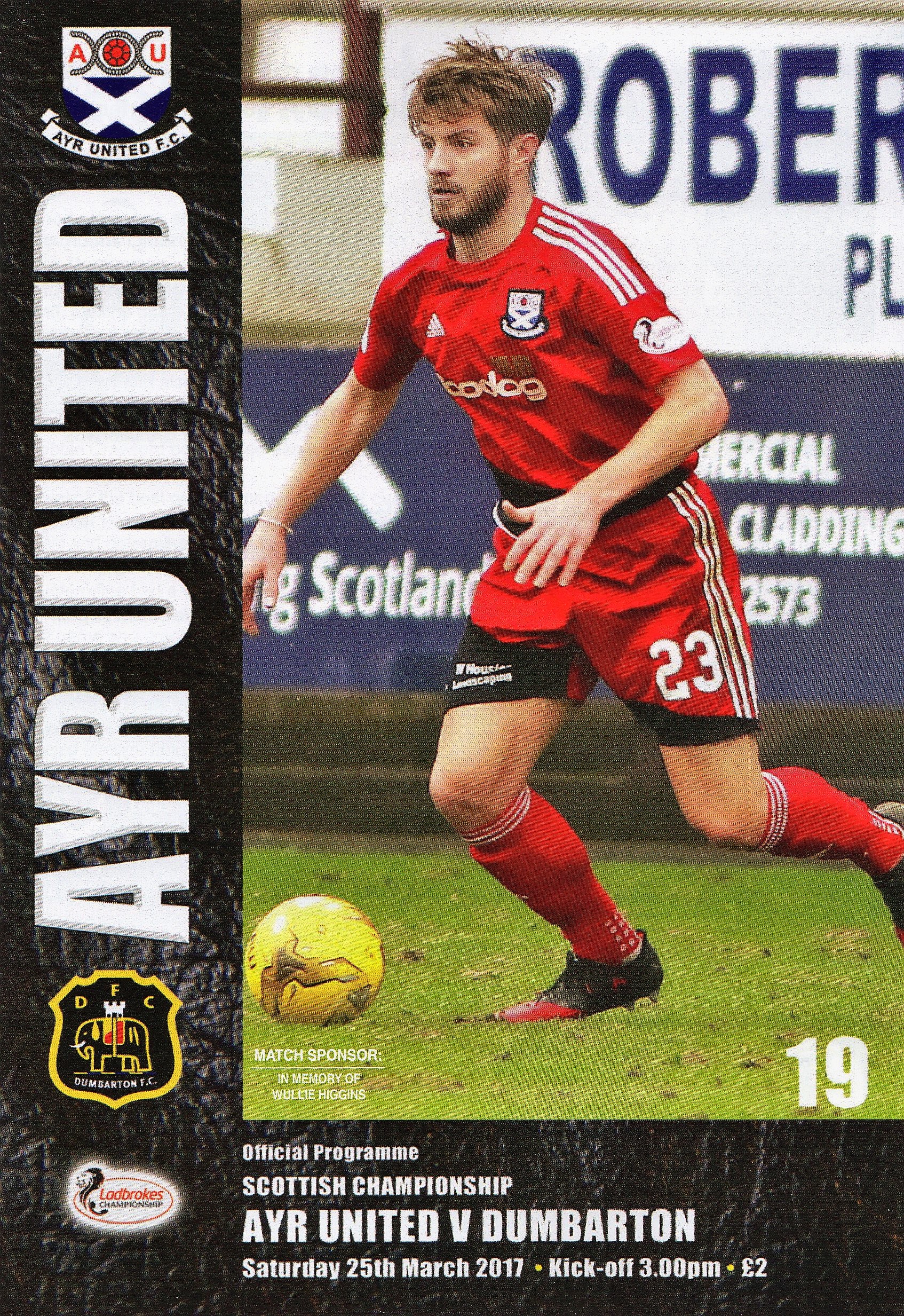 DUMBARTON were always going to face the hard way to achieve their goal this season.

Everything was going to be hard-earned. Every point Sons gained, they'd know all about it.

It was always going to be hard. Now it's got harder.

On a key afternoon, Dumbarton relinquished a winning position to lose to Ayr United.

Robert Thomson scored his fourth goal in three games as part of a fairly dominant first half display. It was frustratingly equalised by Ayr, through Farid El Alagui right on half time.

Robbie Crawford got the goal early in the second half that proved to be the clincher for the home side, who finished a man superior to the visitors after Garry Fleming was sent off.

Sons are still eighth in the Championship on goal difference, but can only wait to see if they stay there after Tuesday evening, when Ayr visit Dundee United.

Whatever happens at Tannadice, there is now huge significance attached to Dumbarton's game with Morton on Saturday, as St Mirren and Ayr play each other in Paisley.

Nothing is decided yet. Nothing will be decided any time soon. But in the battle to ensure a place in next season's Championship, the gas has been turned up.

Each side was denied by an impressive stop by the opposition keeper early doors. Dumbarton's Alan Martin did well to punch Alan Forrest's effort clear while Greg Fleming did the same to a Lewis Vaughan shot.

But the latter was beaten on 21 minutes when Calum Gallagher cut the ball back from the goal line and Thomson made no mistake.

Ayr skipper Nicky Devlin then missed the target by inches from a cross from the left. The only thing was that it was his own target and the cross came from Andy Stirling.

Sons were close to seeing things out until half time before they had one last storm to weather, starting when Stirling fouled El Alagui out wide.

Two corners to Ayr were the direct result, and from the second one Gallagher headed off the line from El Alagui.

When the ball came back into the area, the same Ayr player hit the bar, but put the rebound away.

At only a few seconds' notice, Dumbarton's half time team talk had to be re-thought.

Within two second half minutes they almost led again after a great move. The final instalment saw Stanton fire a narrow angled shot narrowly past the far post.

But Ayr soon got on top and on 51 minutes took the lead, Crawford escaping the attention of several defenders and shooting home.

The home side then had opportunities to make the game safe. A Darryll Meggatt header narrowly missed the target, while Conrad Balatoni was just too late for a tap-in at the back post.

Then a Dumbarton corner almost brought a goal - for Ayr. Their counter attack saw Forrest break through, but Martin saved at close range.

It was a frustrating spell for Sons and things got even harder with 19 minutes left. Fleming lunged in on Ross Docherty from behind and his afternoon's action lasted only seven minutes.

He became the fourth Dumbarton player to be sent off this season. Craig Charleston has been the referee dismissing three of them.

But Sons didn't give up and with 13 minutes left, Stanton sent over a low ball to Thomson only for the keeper to block at close range.

Then Gregor Buchanan had a header turned wide before Ayr saw things out pretty comfortably. Dumbarton, at the last chance to do so this season, failed to register a victory over the Honest Men.

But it is far from over. Six games left - and they are only for those with the stomach for a battle.