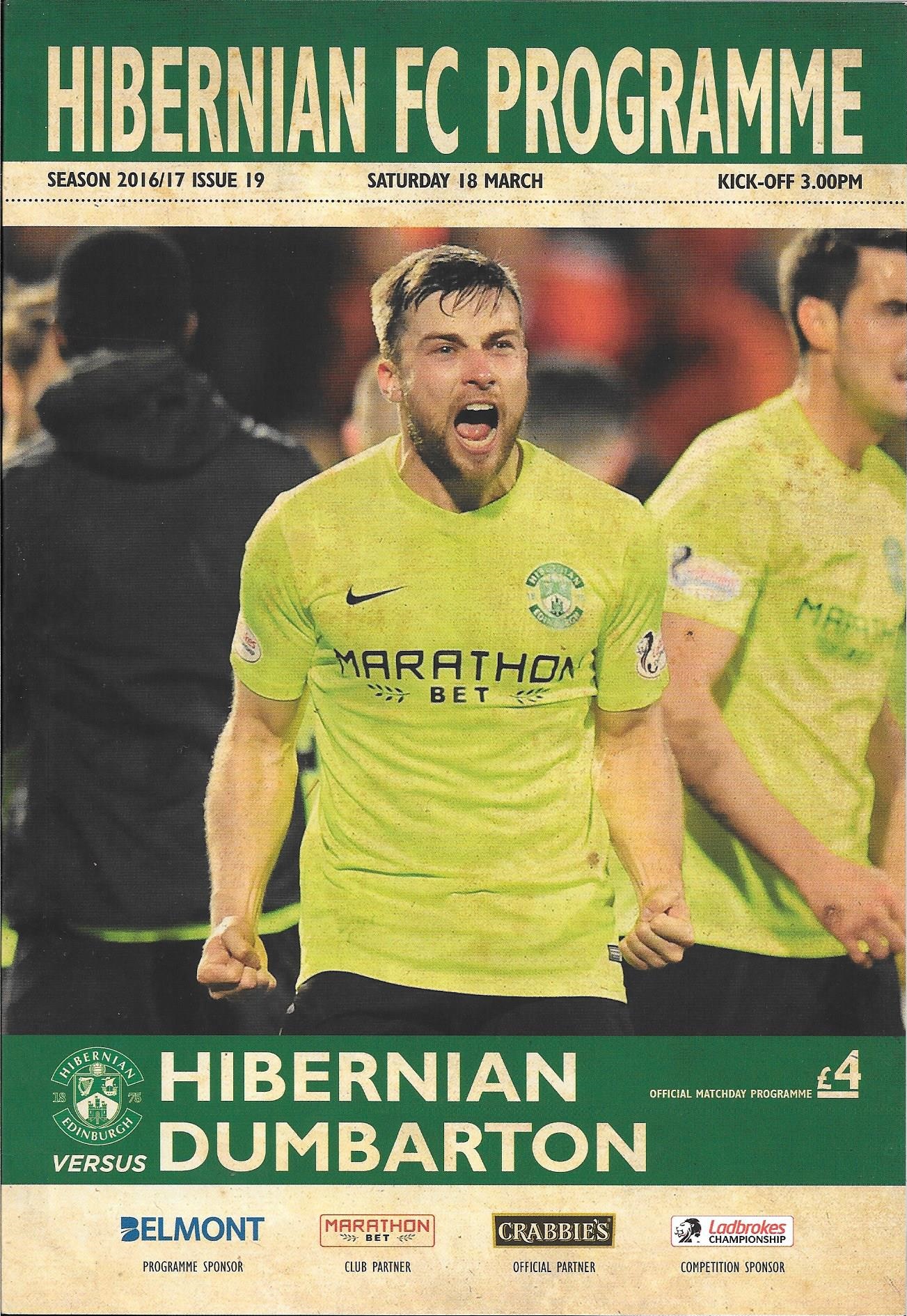 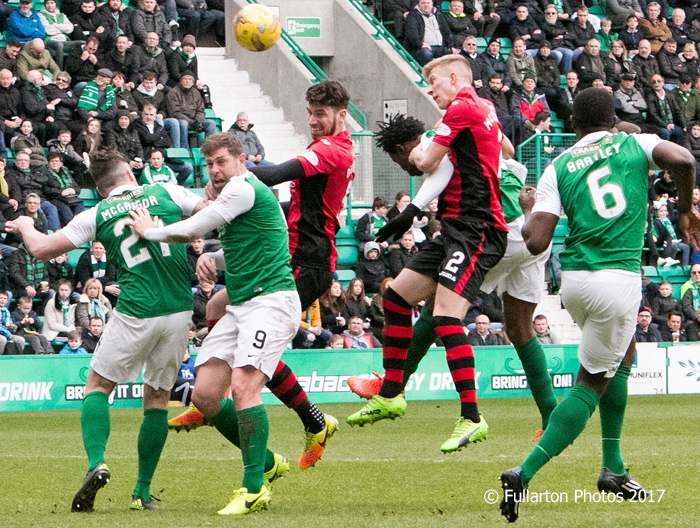 OTHER teams could do what they liked. Dumbarton could only show what they could do in the battle for survival.

And that was plenty.

In perhaps the most challenging fixture in this season's Championship, taking on the leaders in their own backyard, Sons took what could be the point that keeps them up.

Hibs never led. Dumbarton did twice. Although Christian Nade's penalty was levelled by a Daniel Harvie own goal, Robert Thomson restored the advantage.

As part of an outstanding individual display despite injury, Alan Martin saved James Keatings' penalty and Sons were seven minutes away from victory.

Then Martin Boyle got the goal that denied them two points. But the remaining one was still some source of satisfaction.

Raith, Ayr and St Mirren all won. However, plenty facets were on display to prove that Dumbarton can win the battle.

They were quick to start and Andy Stirling pounced on a slack Efe Ambrose header only to shoot wide from 20 yards.

There were few first half chances, with Martin saving from Grant Holt at close range before Andrew Shinnie shot narrowly past.

But with 10 minutes left of the first half Stirling was fouled by Marvin Bartley inside the area. With neither of Sons' regular penalty takers, Garry Fleming or Mark Docherty, out there, responsibility fell to Nade, who delivered a composed finish.

Harvie was also close to scoring shortly afterwards when his 20 yard free kick was narrowly wide.

It was something of an understatement to suggest Hibs might respond in the second half. They are the leaders after all.

And they did, with Martin beating away a ferocious shot by Keatings and turning Shinnie's low effort wide.

But there was nothing he could do on 57 minutes to stop the unlucky Harvie deflecting a low ball into his own net.

Four minutes, though, was all it took before the scoreboards incredibly read in Sons' favour again.

Nade's downward header was taken by Thomson in his stride and fired home low past the keeper from 20 yards.

Then after 68 minutes came the second penalty award of the day after Darren Barr clashed with Holt in the area.

It was the fifth penalty referee Gavin Duncan has awarded in four Dumbarton games this season. The previous four had all been scored - three by Sons and one by Ayr.

Keatings was the man bidding to add Hibs to that list, but Martin's guess was right.

The Hibs striker almost made up for it with a low, angled drive which did not miss the far post by much. Then John McGinn, set to play at Easter Road again this week in a Scotland strip, saw his shot punched away by Martin.

But with seven minutes remaining came the moment Hibs had pushed for. Martin couldn't claim a long ball forward and Boyle got just enough on his header to force it over the line.

Then, with two minutes left Brian Graham provided Martin with another tough test, facing him at close range six yards out.

It was a challenge the Sons keeper was up to. And despite disappointment at results elsewhere on the day, it was a point Dumbarton deserved to be congratulated on.

They can't spend too long reflecting on it, though. There's a slightly important game at Ayr next week.