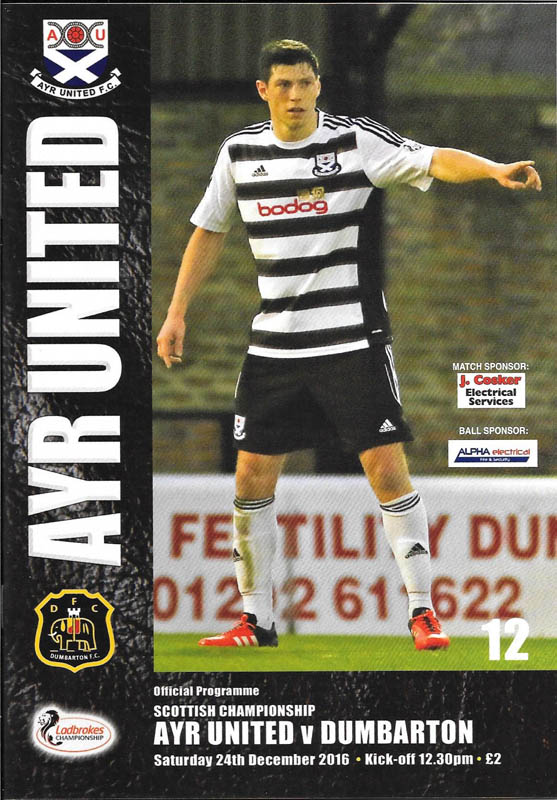 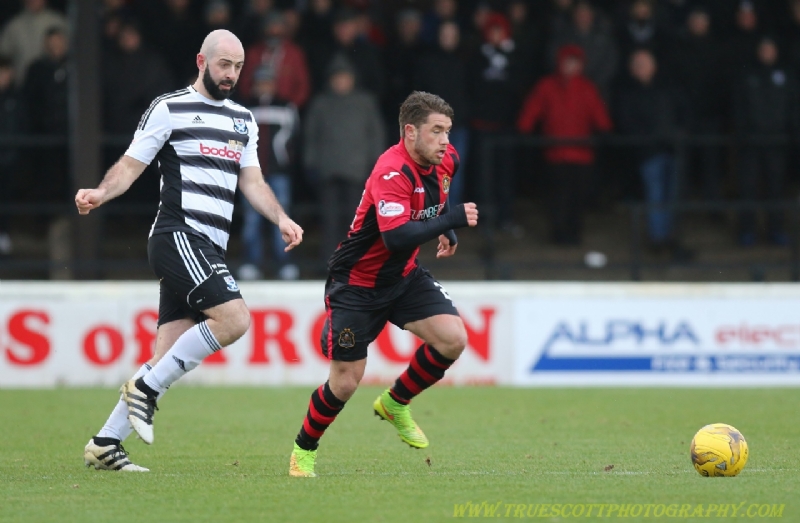 SO Christmas Eve is for shopping, lounging in front of the TV and preparing for the visit of a certain bearded fellow?

Not if this is the festive fare on offer.

And while many of us are now off work for the holiday, Dumbarton are working as hard as ever.

They never led Ayr United in this eight-goal epic. But they only trailed for a total of just over half an hour.

Whenever the Honest Men scored, there was a riposte. That said, after Scott McKenna and Gary Harkins headed the home side into a 2-0 lead, Robert Thomson's goal back right on half time was pivotal.

Six minutes after the restart, Daniel Harvie had Sons level. However, there were more mountains to climb.

Those had to be scaled with 10 men after Andy Stirling was sent off with 17 minutes left. When Alan Forrest converted the resulting penalty, Ayr once again held the lead until six minutes from full time.

Then Joe Thomson scored, Paul Cairney restored the home side's lead, and Ryan Stevenson equalised again. All within four minutes of each other.

The result meant that whatever happens at Dunfermline on Boxing Day, when the Pars host Falkirk, Sons will be out of the Championship's bottom two at the halfway stage of the season.

There is, of course, much work to be done to ensure they stay there over the remaining 50 per cent of the campaign.

But after four points and six goals, hopes are quite justly high ahead of the Hogmanay clash with leaders Dundee United - who lost on their last visit to G82.

The two halves followed the same pattern, each being started well by Dumbarton. Early chances were created but neither Garry Fleming nor Joe Thomson could convert.

Those were punished on 31 minutes with the opening goal. McKenna, by some means, rose highest to meet a corner from the left and head home.

Six minutes later Gregor Buchanan, who may have been impeded for that goal, had a chance at the other end only for his header to be cleared off the line.

And two minutes from half time, Cairney cut into the area from the left and crossed to give Harkins an easy headed finish.

Right on half time, though, it was Dumbarton using their heads to score - and not before time. A foul on Fleming by Darryl Meggatt brought a free kick, which Mark Docherty sent in for Robert Thomson to head home.

It was the final touch of the first half, and a vital one for Sons.

With the wind advantage in the second half, the game plan was well known, and within six minutes, having already survived a near Ross Docherty miss, Dumbarton levelled.

There may have been an element of luck in Harvie's goal, an attempted cross which looped into the net behind the keeper. In truth, nobody of a Sons persuasion was that bothered.

After Alan Martin saved well from Cairney, David Smith was close to giving Dumbarton the lead but saw his shot turned over.

Then 17 minutes from full time, the game took another turn. When Stirling clipped Cairney in the area, he was deemed to have denied an obvious goalscoring opportunity and was dismissed.

Forrest claimed his fourth goal against Sons this season from the penalty spot.

Ayr withstood Sons' pressure for the next 11 minutes - and then what followed bordered on impossible to register.

After 84 minutes, Joe Thomson's corner bent straight in at the far post. 3-3.

Within 60 seconds, Cairney's shot from the edge of the area found the net via the post and a deflection off Martin. 4-3.

Game over? No chance.

On 88 minutes another Joe Thomson corner this time found Stevenson's head. The consensus was that he scored the equaliser, with Robert Thomson's touch at the far post seemingly a formality.