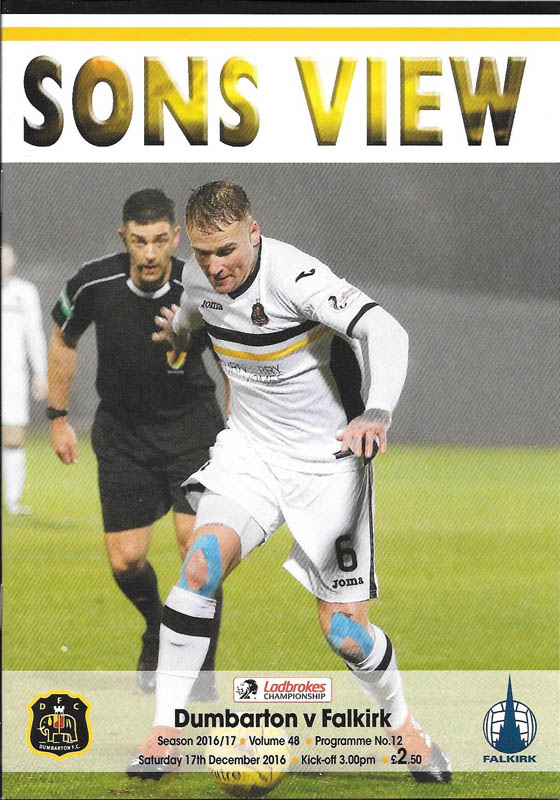 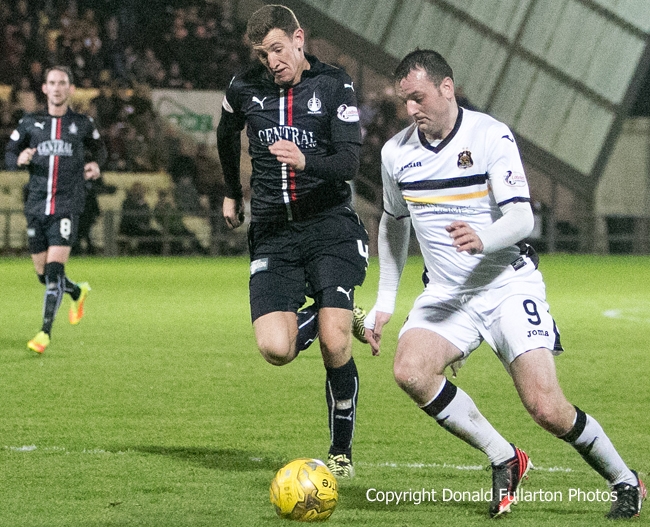 YOU'LL just have to trust us. It WAS only 23 minutes.

The time between Garry Fleming's winning goal for Dumbarton and the final whistle just felt a lot longer.

After the striker's low, angled finish on 67 minutes, which restored Sons' lead two minutes after Craig Sibbald's equaliser, nerves were in tatters.

Would they? Wouldn't they? Could they hold on for their third win in six league games, and their first home victory since August?

The questions were being asked right up until injury time, when a low ball into Sons' goal area found Bairns sub Scott Shepherd with a gaping goal.

When he shot wide, that was probably the moment when Dumbarton knew their luck was in.

They had taken the lead a minute from half time, visiting defender Aaron Muirhead flicking Joe Thomson's corner past his own keeper.

That was a resounding ending to a quiet first half, but the action of the second was relentless. After Sibbald's goal, Sons could have gone into their shell.

They didn't, and after Sam Stanton slid the ball through to Fleming, he did the rest.

That made this the fourth of Dumbarton's last five victories where he has scored the winner - St Mirren (twice) and Queen of the South being the other beaten sides.

Sons are one game shy of the league halfway mark, and know that a draw at Ayr next Saturday will be enough to keep them out of the Championship's bottom two at the 50 per cent stage. They could even be as high as sixth if they win.

They did show plenty attacking intent early on without unduly troubling the Falkirk goal. But the same could be said of the visitors in the first half.

Apart from a disallowed goal on 16 minutes, which was ruled out for offside against Peter Grant after he headed on for John Baird to finish, the Bairns were limited in what they were allowed to create.

Myles Hippolyte and Baird again went for goal late in the first half, but neither caused Alan Martin a great deal of bother.

Just before half time Robert Thomson's header was saved, but with a goalless interval scoreline looking imminent, Muirhead changed that.

Unfortunately for the Bairns defender, it was his own keeper he beat. Thomson certainly competed for a corner from his namesake Joe, but Muirhead was the man who finished.

Chasing promotion, Falkirk were known to be likely to respond, and Hippolyte, followed by Lee Miller, saw efforts in the early second half narrowly miss the target.

But on 65 minutes, their push paid off, albeit not without controversy.

Hippolyte's feet looked well over the touchline as he threw the ball in, but play continued and Sibbald manoeuvred in the box to finish.

The question had now been asked of Sons, and within 120 seconds they answered.

Stanton played Fleming through, and for the second home game against Falkirk in a row, the striker scored a decisive goal.

With 14 minutes left, Andy Stirling had a chance to seal it after Thomson flicked on Daniel Harvie's throw in, but blasted over.

With Thomson also having missed the target with a header, Sons looked to be holding out.

They had a major escape with Shepherd's injury time miss. Once the sharp intakes of breath had been released again, they could relax and celebrate a deserved victory.