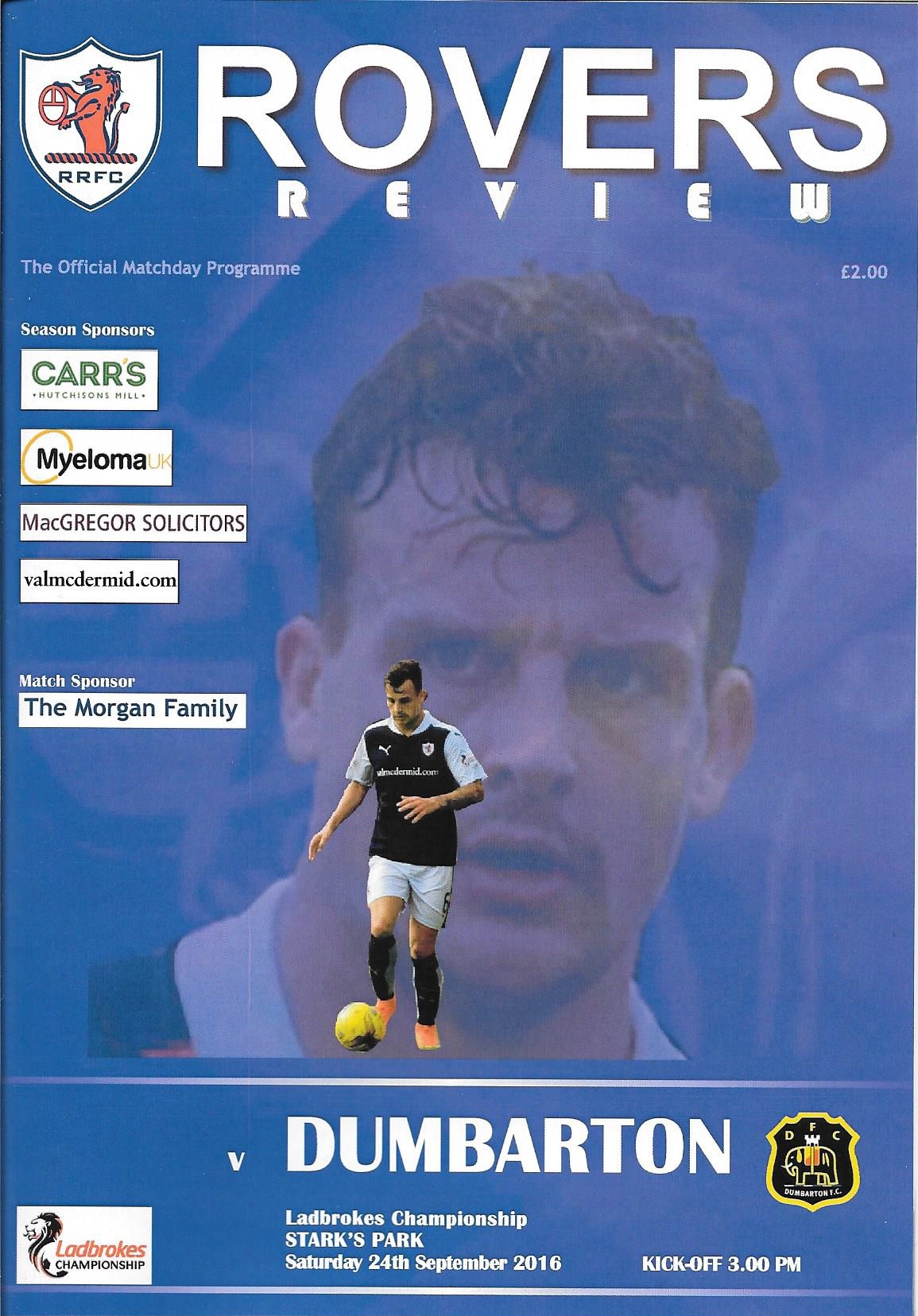 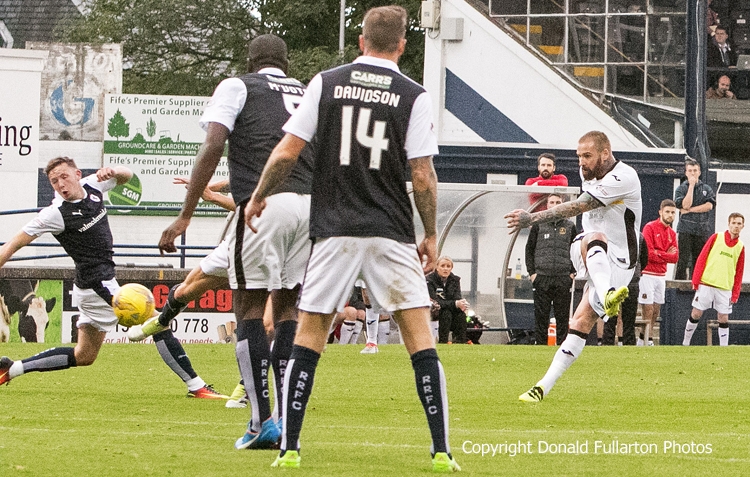 SO we said last week that it would continue to be close...

In the end, it was. But for most of the afternoon, it looked anything but.

A catastrophic first half saw Dumbarton go in 3-0 down to Raith Rovers through goals by Kevin McHattie, Ross Callachan and Scott Roberts.

The deficit could, some would argue should, have been greater.

However, three goals behind to the men from Kirkcaldy? Sons have been there before.

And when Ryan Stevenson and Robert Thomson posted two goals back in the second half, fans on both sides may have sensed or feared deja vu in the 13 minutes that remained.

On another day, Dumbarton could have retrieved a result out of this fixture. Unfortunately that day was November 21, 2015. Not today.

The disastrous first 45 minutes were to be their downfall, and an opportunity to build on last week's 1-1 draw with St Mirren was missed.

The sending off of Gregor Buchanan with two minutes remaining, for two bookings, was a further blow.

There are two games left of the first quarter, at home to leaders Queen of the South and Ayr United. Sons must win both to hit their target of 10 points per quarter.

It's far from beyond them. But this match demonstrated perfectly where things have to improve.

Raith were on top from the start, with Callachan forcing an early close range save from Alan Martin. The Sons keeper also saved from Roberts after the hosts intercepted on the edge of the area.

After 15 minutes indecision at the back was punished. McHattie took a ball that Sons hesitated to challenge for, and scored with a low angled shot.

Martin again saved from Roberts, but after the first half's midway point, Sons found some rhythm. David Smith's shot from 20 yards was saved before a Joe Thomson free kick which caused panic for Rovers.

His namesake Robert got to it and headed it towards goal, but an unknowing Daniel Harvie flicked it over.

That could have been the equaliser. Within two further minutes Sons were 3-0 down.

On 33 minutes Raith passed their way through the defence and Callachan was left to slide the ball home.

And 60 seconds later Roberts had time and space to drill home a long range shot in off the post.

In the early stages of the second half Martin saved from Declan McManus before Jean Yves M'Voto was unmarked at a corner but headed over.

Martin then saved another Callachan effort, this time a header. Raith would have felt they should have been out of sight.

So what happened next may have been predictable.

Robert Thomson, and then Buchanan, had efforts blocked before substitute Stevenson thrashed home a low shot from 20 yards.

That was on 71 minutes, and after a further six the gap was down to a goal. Josh Todd's ball into the box resulted in a scramble which saw Thomson force the ball home.

All that was awaited for a repeat of last year was for Raith to handle in the area and Garry Fleming to equalise from a penalty. Or not. Apart from anything else, Fleming had been substituted by this point.

After McManus' header to seal the points for Raith missed the target, a volley by Stevenson became the closest Sons came to a sequel to last year's fightback. It went just past.

Sam Stanton had a 12-yard shot saved in injury time, by which point Buchanan was gone after two yellow cards.

As it turned out, the chance of lightning striking twice had also disappeared.

Despite an all-out effort, too much had been left to be done.