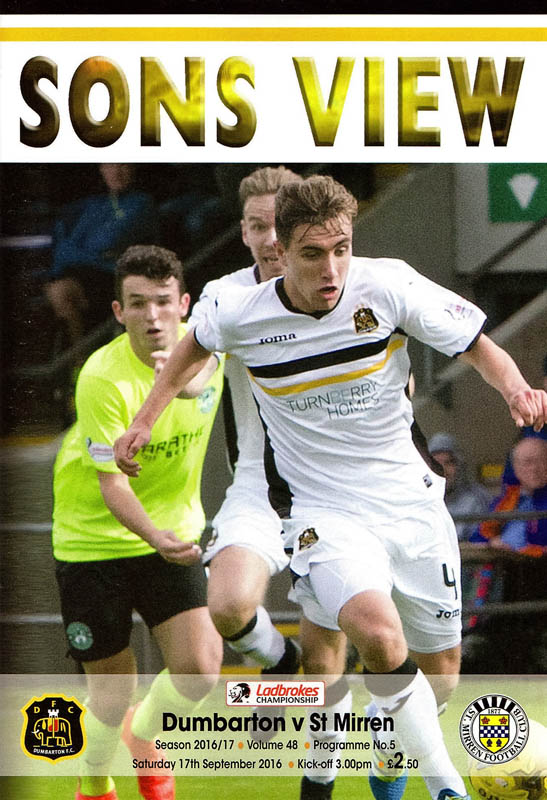 THEY say you get to know your league once you've played everybody once.

However, it might not take that long to establish what this season's Championship is all about.

Taking chances. Breaks. Anything you can do to help yourself to a result in a league where the teams already look well matched.

From there being 27 goals in Sons' first five competitive matches this season, there have been only eight in the next six. During those half dozen fixtures, five of which were in the league, neither Sons nor their opponents have scored more than once.

When Andy Stirling put them in front, the hope was that they could build on it. That didn't happen, and Ryan Hardie, scoring at the Cheaper Insurance Direct Stadium for his third different club, equalised.

As if every game wasn't enough of a challenge, this one was yet more evidence of how little there is between the teams this season.

And there are another 30 such matches before everybody knows the final outcome.

Both teams started well, with Dumbarton first to threaten when the ball broke to Robert Thomson in the area, but he was denied at close range and couldn't convert the loose ball.

On 14 minutes, Gary MacKenzie may have thought he had headed St Mirren in front, but Grant Gallagher stopped his celebrations by heading off the line.

But on one occasion, the break of the ball led to a goal, after 16 minutes. David Smith rolled over a low ball from the right after intercepting, and Stirling did the rest.

Tom Walsh, back on former home territory in a St Mirren shirt, set up two opportunities in quick succession, but neither Hardie nor Stevie Mallan could hit the target.

Then Josh Todd was well-placed to put away a second goal after being put through, only for play to be astonishingly stopped for a free kick to Sons, which came to nothing.

And with four minutes of the half remaining St Mirren were level. Sons failed to deal with a long ball out with and after Jason Naismith progressed to cross, Hardie had a simple headed finish.

Joe Thomson almost restored the lead right on half time, but his angled shot was saved.

The home side also started the second half well, but neither Daniel Harvie with a header, nor Todd in trying to reach Robert Thomson's low ball across goal, could get the second goal.

Smith was also denied as his shot was turned wide, a save which forced the first of four consecutive corners, none of which yielded a great deal for Sons.

Another header, this time by Gregor Buchanan, missed the target, but with 12 minutes left, keeper Alan Martin prevented his team, who had dominated the half, from going behind.

Calum Gallagher's shot looked as if it was heading in, only for Martin to turn it wide at full stretch.

After Hardie shot narrowly wide, Sons regained control and Robert Thomson connected with Craig Pettigrew's cross, but the ball rolled away from him before he could finish.

With five minutes left, he got to a long ball ahead of the goalkeeper and looked set to finish only to be crowded out by defenders. Neither the referee nor his perfectly placed assistant witnessed any foul play and the action continued.

It reached the other end, where John Sutton shot narrowly off target for the visitors. A draw it was.

And Sons' next opponents? Raith Rovers, a fixture which hasn't had more than one goal separating the sides in its last seven stagings.

It's going to continue to be close.