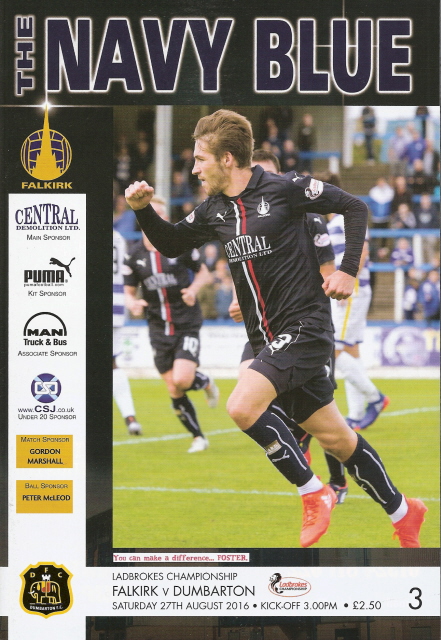 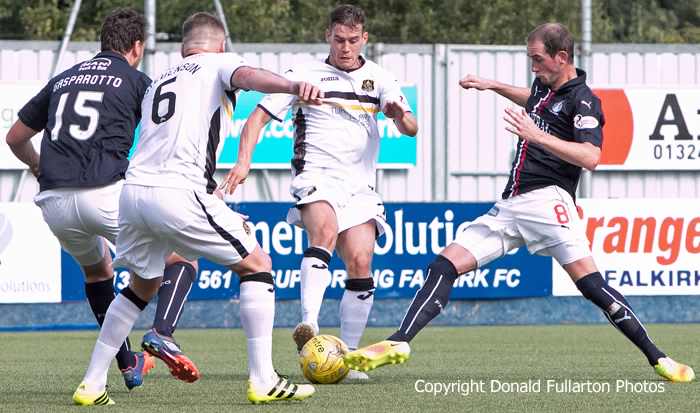 MISSED chances. The scourge of many teams taking on favourites in their division.

They don't come your way very often. When they do, they have to go.

A lesson harshly handed down to Dumbarton on 57 minutes at Falkirk, when Josh Todd was put in the clear, one on one.

His effort was blocked by keeper Danny Rogers. It was unlucky and down to good goalkeeping, but following huge pressure from the hosts, Sons eventually went down to a Lee Miller goal.

They gave a decent account of themselves. Every player stepped up to the plate. But they were taught that, however well the opposition do, near misses have no place.

It would be absolutely true to say Falkirk were on top of the second half possession-wise. The percentages must have made fascinating reading.

But despite how much they had of the ball, clear chances didn't come thick and fast. A determined effort by the Sons defence looked set to ensure a clean sheet until Miller struck.

Dumbarton have come out of their first four league games with as many points. Three of those fixtures were away from home and at least two were against teams widely tipped for promotion.

It's not the worst start by any stretch, and after the Irn Bru Cup trip to Stranraer, attention switches to a run of five league games, four of which are at home.

A haul of at least six points from those fixtures will keep Sons on course for 10 points a quarter, generally regarded as the ratio for survival. More will keep them ahead of schedule.

They didn't take long to make an impression at Falkirk, and on four minutes ex-So=n Rogers dropped a Ryan Stevenson cross.

Of all players, the ball had to fall to ex-Bairns man David Smith, but one of his former team-mates blocked on the line.

A low Stevenson effort on the turn from the edge of the area rolled wide, with claims for a deflection going unheard.

When Falkirk found their stride midway through the first half, a testing period began for Sons keeper Alan Martin, but he proved each time that he was up to it.

He punched away a Bob McHugh effort from distance before saving John Baird's header at point blank range. Just to prove the latter was no fluke, he made a similar save from Myles Hippolyte's effort from six yards.

Mark Kerr also sliced wide for Falkirk when well placed, ensuring that half time arrived with a blank scoresheet.

The second half saw the home side have much of the ball — but the first clear opportunity was the effort which fell Todd's way.

After Rogers saved, Falkirk cranked things up further, with Luke Leahy heading Craig Sibbald's cross off the bar and over.

The introduction of Andy Stirling saw some invention from Sons on the occasions they got into a threatening position. One of his crosses was intended for Robert Thomson, whose head missed the ball by inches.

With 10 minutes to play, a McHugh effort was deflected off target by the unknowing Mark Docherty. It was tough viewing, but Sons were hanging in there with a point becoming a realistic prospect.

That was until Leahy sent in a low ball from the left, and Miller stuck out a leg to do the rest from close range.

The lead almost doubled in injury time when McHugh was put clear, but Martin saved his angled effort at close range.