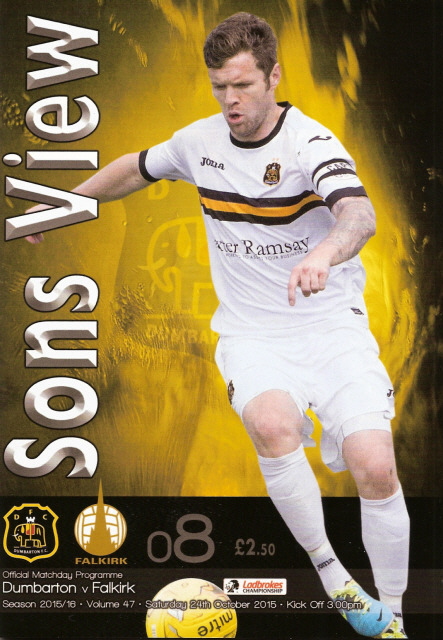 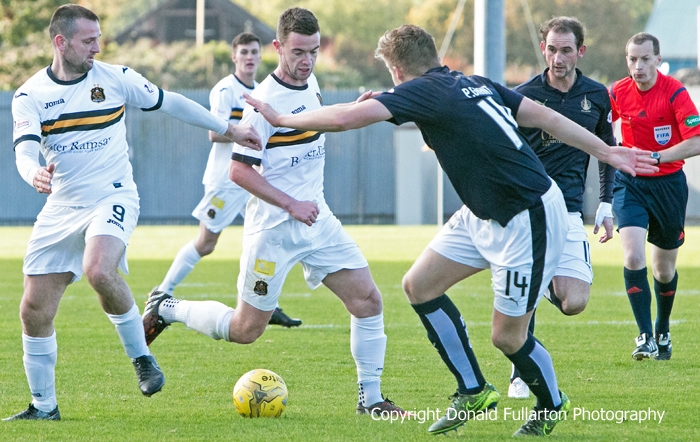 PERHAPS it was the club website that jinxed it. Two days before this game, details were published of how Thursday, October 22 was 10 years since the record victory at the stadium was first posted. Dumbarton then proceeded to equal their record defeat at the Cheaper Insurance Direct Stadium as Falkirk punished basic mistakes. John Baird, executioner in chief, ran on to three long balls and scored three goals. Simple as that. Bob McHugh had already made it 3-0 before the striker clinched his hat-trick, and Blair Alston completed the rout. The Bairns became the third visiting team to hit five unanswered goals at the stadium, a record margin set by Montrose in 2002 and equalled by Dunfermline in 2009. If anything, Sons were lucky it wasn't beaten. Fundamental errors all over the pitch led to goal after goal hitting the back of Mark Brown's net in a hapless display. And it wasn't just the defensive side that led to it. Big chances were squandered at 2-0. Had even one of them hit the net, the game may still have been lost, but would have followed a different path.

The last time the sides met, Falkirk made a blistering start, and within four minutes were at it again. A long ball out of defence was flicked on and Baird ran in to round Brown and slot the chance away. He missed out on a second after 19 minutes when he just missed a touch on Luke Leahy's dangerous ball into the area. But after Brown saved Lee Miller's header, the resulting clearance led to goal number two on 23 minutes. Falkirk regained possession in midfield, Baird was played in and again got the better of Brown to score. After 31 minutes Willie Gibson missed out on a magnificent goal, beating two defenders on the edge of the area only to roll his shot wide. Four minutes later came another great chance, as a neat passing move between Steven Craig and Grant Gallagher ended with the other blasting over. And the lesson on those came almost immediately. Two minutes from half time, after the ball was only half cleared out of the area, McHugh fired home an angled shot.

The second half would have started along the lines of keeping it tight and allowing Falkirk no more openings. Remember Liverpool in Istanbul and all that. But that resolution lasted all of three minutes. Baird, long ball, goal, again. The only difference was that this time he didn't need to round Brown to finish. Half chances fell to Gibson and then Docherty, but former Dumbarton keeper Danny Rogers was equal to both. On 72 minutes came the fifth. A cross from the left found Alston in splendid isolation in the penalty area and he thrashed the ball home. Two late chances for Eamonn Brophy, neither of which were on target, were all Sons could drum up to come close to a consolation.