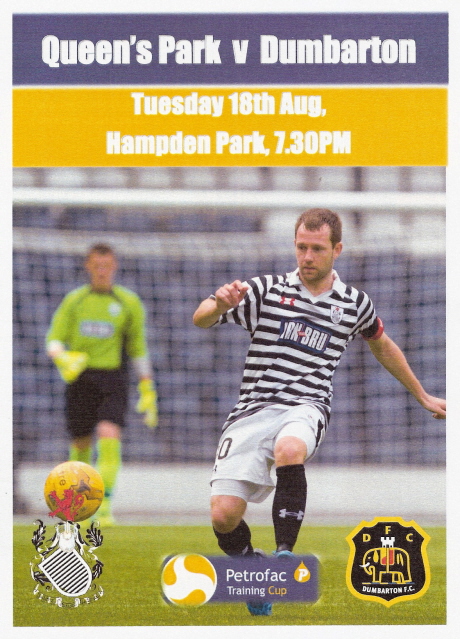 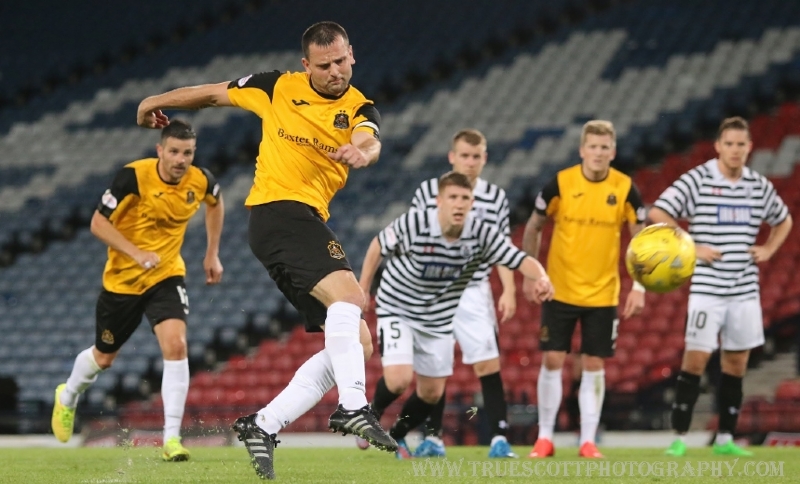 IT took one game more than it's developed a habit of doing. But Dumbarton's Petrofac Cup brick wall has been hit for another year. And for all the excellent work so far in the Ladbrokes SPFL Championship, this game against Queen's Park wasn't how it was supposed to end. Having scored Saturday's winner against St Mirren from the penalty spot, Garry Fleming was handed an identical opportunity in injury time. This time his shot was high and wide. An extra half hour was needed, and five minutes into it Joe Bradley found the net for Queens. Sons had enough chances to win the game in normal time, but it wasn't to be. The game was played at a moderate pace, quite unlike the team which has just beaten Hibernian and St Mirren. Queen's Park set out to make life difficult for the attacking players and, for long spells, Sons couldn't break the resistance. To say the least, the outcome was disappointing. After the 3-2 first round win at Morton, hopes were high that Dumbarton could make significant progress in the Petrofac Cup. There certainly wasn't much to remember about the first 45 minutes. It was dull and scrappy, with Sons enjoying marginally the better spells.

Grant Gallagher's low shot from 25 yards went just past, while Fleming was close to meeting Kevin Cawley's cross only for the keeper to get there first. That was really it. Fortunately for the neutrals, there was more to excite after the restart. Unfortunately for Sons, they were about to be made aware that they were in a game. Sean Burns bent a shot narrowly wide for the hosts while Cawley's diving header was saved. Home sub John Carter was then put through on goal only for Mark Brown to push away his effort. Fleming did put the ball away on 66 minutes after latching on to Cawley's through ball, but the offside flag was already up. There were more opportunities, but the keeper saved from Cawley again before turning Jon Routledge's effort wide, and then keeping out Andy Graham's header. With a minute left Queens had a free kick in what is fast becoming 'Willie Gibson territory' for Dumbarton. However, Bryan Wharton's low effort was saved by Brown. And two minutes into injury time, a grapple in the area between Steven Craig and Scott Gibson resulted in a penalty being awarded for a foul on the Sons striker.

Fleming was always going to step up to the spot, but couldn't match his accuracy of Saturday and the chance was gone. Incredibly there was another injury time chance which almost saw Scott Taggart score the winner – for Queens. A dangerous low ball came into the area and the defender just managed to clear, narrowly missing his own post. But five minutes into extra time, the home side stole possession in the Sons area and when the ball was squared to him, Bradley could hardly miss. Fifteen seconds after half time in the extra period, a Jamie McKernon shot rolled narrowly wide as the home side looked to seal it. Then a series of chances came Sons' way, starting when Willie Gibson's free kick was turned wide. From the resulting corner, Gregor Buchanan's header was touched over the bar. From that corner, Cawley was denied by a defender at close range. Despite pushing forward, Sons couldn't get any closer to equalising. There's always next year.