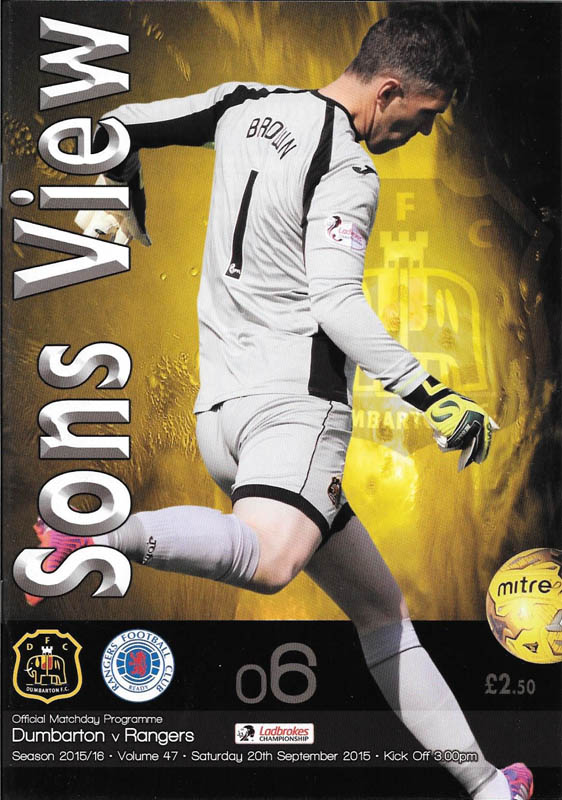 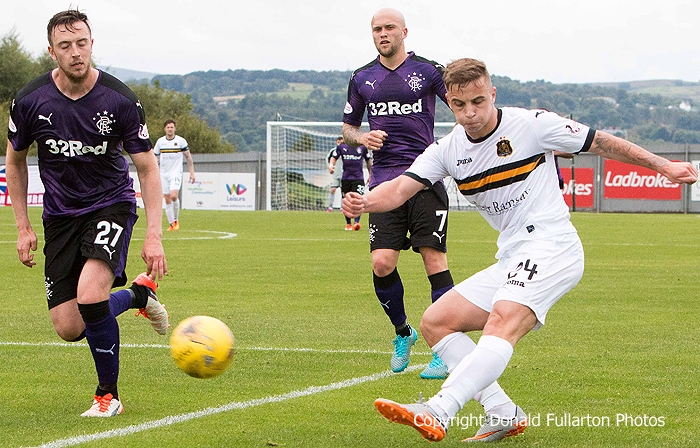 THAT'S the thing about these games. Everything's got to be note-perfect. Dumbarton's overall performance against Rangers definitely merited some sort of result. Against any other side in the Ladbrokes SPFL Championship, they'd surely have come away with at least a draw. But when you're a part-time side playing against an outfit who have started with 10 straight wins and 38 goals, it's all got to be 100 per cent spot on. Ninety-nine per cent's a maybe. Anything else, you're right up against it. Sixty-three minutes had passed, with Sons absolutely toe to toe with their high-flying opponents, before Martyn Waghorn crashed home the Govan side's opener. Ten minutes later he had his second goal, and Dumbarton had a man less, with Gregor Buchanan sent off in conceding the penalty. It was harsh enough on Sons to be facing defeat. Not even to take a consolation goal would have been a real injustice. However, that was avoided when Garry Fleming put away an injury time penalty. Games against Rangers aren't going to define Dumbarton's season. Fixtures like the next two, away to Raith Rovers and at home to Livingston, will.

There was, though, a very real feeling midway through the afternoon that points could be taken from Rangers, as they were against Hibernian and St Mirren. It would not be wrong to say that, in terms of chances, Sons were on top of the first half, at least until the dying stages. Willie Gibson was at the centre of most of it. After his cross bent narrowly wide of the far post, his 30-yard free kick hit the stanchion behind the goal. Then Fleming connected with his cross in a similar move to his injury time header at Cappielow last week. That hit the post – and incredibly, so did this effort. Twelve minutes from half time Gibson was again the provider for a chance. This time Darren Barr was on the end of his cross but his header was saved. Scott Brown was also close with a shot from the edge of the area which just cleared the bar. Then, late in the half, chances came Rangers' way. James Tavernier's shot was turned over the bar by Mark Brown, while the same player's free kick from the edge of the area hit the post.

The second half saw fewer opportunities either way – but on 63 minutes Rangers took the lead. Waghorn spun away from his marker and from 30 yards, thrashed home a low drive. It was a setback for Sons, but by no means insurmountable. However, with 17 minutes remaining came the pivotal moment. After Kenny Miller took control of a slack passback, Buchanan's challenge on him only resulted in the striker falling down inside the area. The centre half saw red, Waghorn did the business from 12 yards, and that may very well have been game over. Indeed, Brown did brilliantly to deny Andy Halliday a third goal, making a fantastic save from midfielder's 20-yard shot. However, despite fewer chances in the second half, Sons did get a consolation goal after Grant Gallagher sent a free kick into the area. Danny Wilson's nudge on substitute Frazer Wright was enough to warrant a second penalty of the match, which Fleming rolled home. The time wasn't there to complete the comeback. But despite coming out of the game with no points, Sons ended the afternoon taking huge credit from onlookers in all parts of the stadium. They would, though, surely swap the plaudits for points when they visit Kirkcaldy this week.