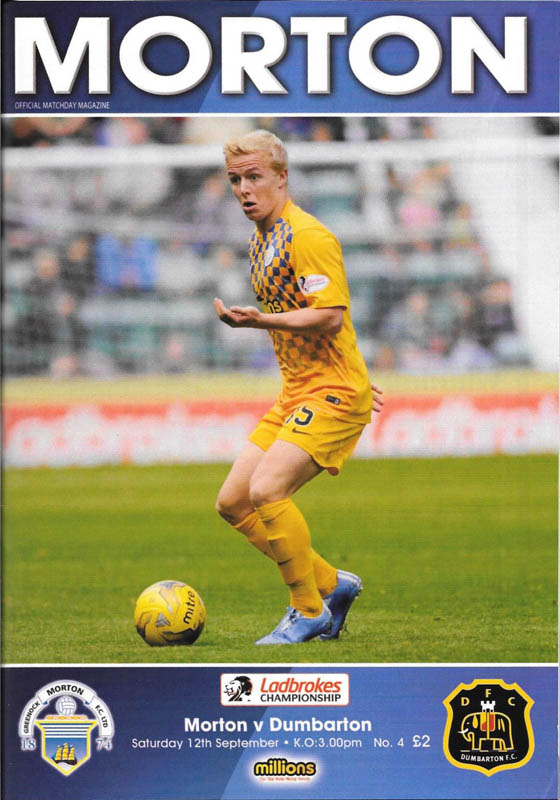 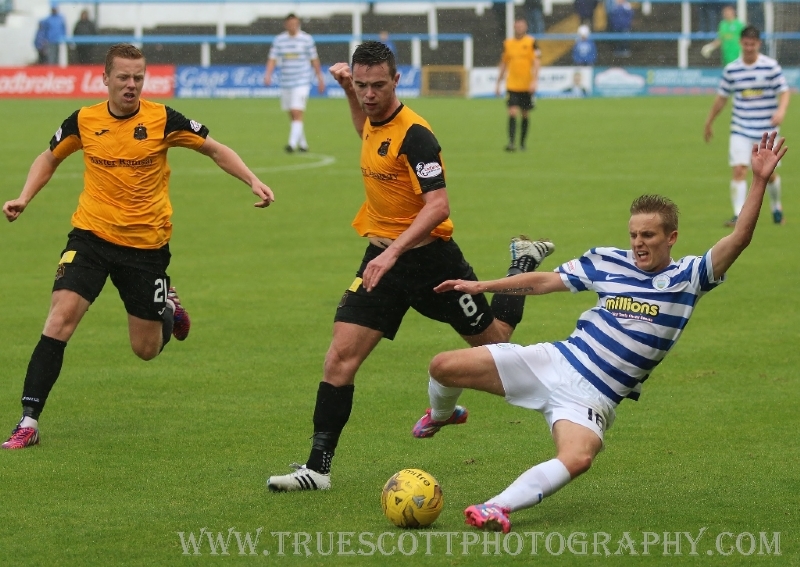 TO paraphrase Vince Lombardi, Dumbarton didn't draw this game. They just ran out of time. The later in the day, the more Sons chipped away at 10-man Morton. But all they were left with were thoughts of what might have happened on another day. Maybe with more breaks upfront, Garry Fleming and Kevin Cawley wouldn't have been denied at close range by unthinkable saves from home keeper Derek Gaston. And in injury time, Fleming's header would have burst the net instead of agonisingly hitting the post and bouncing clear. Unfortunately Sons aren't getting those breaks right now. After the amazing start to the league season, the unforgiving reality of the Ladbrokes SPFL Championship is beginning to sink in. But time will tell how big a point this could be later in the season. This was the second instalment of a double header against teams Dumbarton are tipped to compete with, and at least they have avoided back to back defeats. They had a man advantage for the final 25 minutes when the home side's Conor Pepper collected a second booking. However, even that did not swing the luck Sons' way in front of goal. All they can do is keep plugging away, hoping that fortune will favour them by way of goals.

In common with other recent matches, this one took a while to get going. There was plenty of effort from the first whistle, but limited goalmouth action. When that did happen, it was Sons who had the better of it. Jordan Kirkpatrick's low effort from distance was beaten away by the keeper, with the loose ball at too narrow an angle for Grant Gallagher to finish. Gaston also kept out Cawley from long range, while at the other end Morton's Bobby Barr shot wide when well-placed.

The second half was different. While the effort was the same, the handbrake was off for both sides and chances came at some rate. Fleming fired wide for Sons, while Alex Samuel looked set to tap away the opener for Morton from Barr's low cross. Instead Gregor Buchanan got a toe on it and put it behind for a corner. Then he denied the same player just after the hour mark in even more dramatic circumstances. With the striker bearing down on goal, Buchanan made a fine challenge to stop him getting a shot away. Referee Stephen Finnie's outstretched arm was initially interpreted by some as a penalty award, but it was to Sons' relief when it became clear he was indicating the defender won the ball. After 65 minutes new signing Eamonn Brophy, on as an early second half substitute, made an impact on the game. However, Pepper won't want to remember it, as his pull on the on-loan Hamilton striker meant he was booked a second time and sent off. Twelve minutes later Fleming looked set to head home Cawley's cross. He did everything right – but so did Gaston, who, together with a defender, scrambled it clear. With six minutes remaining Barr set up Ross Forbes for a shot inside the area. To the adjacent Sons fans the midfielder's shot looked in, but ended up on the other side of the post. As the minutes ticked away, the intensity from Sons became fierce. Gaston turned away Willie Gibson's shot, while Gallagher fired over under pressure from a defender. The keeper then denied Cawley with a header within the goal area. In the last minute of ordinary time Gaston again was on form, keeping out Brown's 12-yard shot. As the ball was returned to the area, Buchanan met it but shot over at point blank range. And then, if there was one moment that summed up Sons' luck in front of goal, it came two minutes into injury time. Fleming once again headed for goal, this time from Mark Docherty's assist. He was there ahead of Gaston, but the keeper was bailed out by his post. The rebound couldn't fall to anybody and Dumbarton, after a ferocious late effort, had to settle for a point.