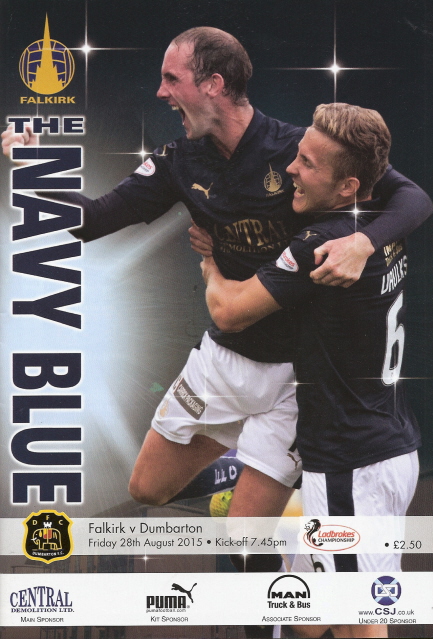 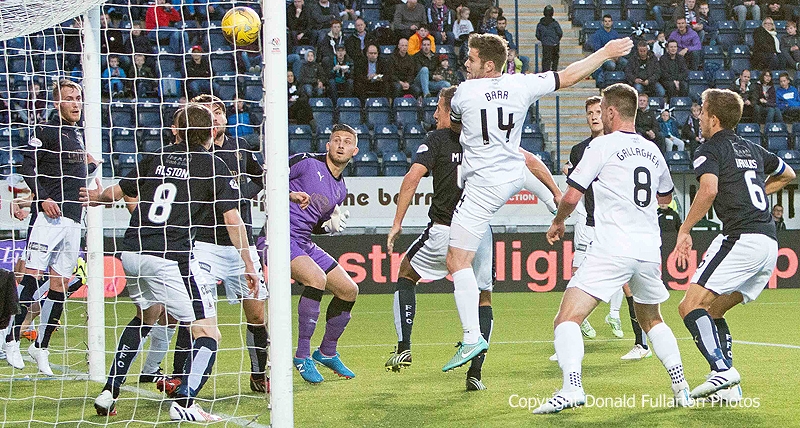 GAMES are never won, or lost, a quarter of the way through. But giving the opposition a two-goal headstart within the opening 15 minutes tends not to be a good idea. That's pretty much why Dumbarton lost to Falkirk. As soon as Darren Barr headed them back into contention, they regularly threatened to snatch at least a point. Unfortunately events in the early stages came at too big a cost. The Bairns raced into an early 2-0 lead through Blair Alston and Craig Sibbald after getting into gear from the start. Barr managed to slash the deficit in half, but that was all the damage that could be done. Sons battled, but had been given too hard a task, some of it self-inflicted. It might have been different had the luckless Grant Gallagher had his 'goal' allowed on 72 minutes. The decision to disallow it for a foul in the build-up seemed soft to say the least. However, it was the slow start which ultimately condemned Sons to defeat. While losing back-to-back games is always disappointing, they still have six points out of 12 from a tough opening to the season. And the attacking threat was in greater evidence than against Queen of the South, with the breaks just not enjoyed in front of goal. Attention now switches to two big games, firstly at home to Alloa and then away to Morton.

Six points from those will be hard-earned, but would be a major boost. To earn them, Sons will need to start those games better than they did at Falkirk, who went ahead after only five minutes. A passing move across the area ended with Alston firing a shot high into the net. Nine minutes later it looked even more ominous. The ball broke to Sibbald in the area and he bent home the finish from 15 yards. A very long and intimidating barrel was being looked down by Sons, who were lucky not to be three down after 26 minutes. Peter Grant met Alston's corner but his header was straight at Mark Brown. A minute later, Barr had better luck from a corner. His fellow defender Gregor Buchanan headed Willie Gibson's set piece across goal and he headed in from close range. Almost immediately Gibson himself threatened, forcing ex-Dumbarton keeper Danny Rogers to turn his effort away from goal. Further chances came and went for the rest of the first half but neither side looked likely to add to their score.

Attacking towards their own fans in the second half, Sons looked to ramp their efforts up again. And after Scott Brown and then Gibson missed the target, Kevin Cawley's narrow angled effort was beaten away by Rogers. Gallagher looked to follow up but couldn't quite make enough contact with the ball and the chance was lost. But they say bad fortune comes in threes, and this was about to be proof. Strike two was when Gallagher had to adjust to meet Gibson's cross, and his header from point blank range went over. He then looked to have seen off the attentions of a Falkirk defender to run in and slot home. Unfortunately for him, the referee's whistle was sounding for a foul. Falkirk managed to see off any remaining threat, and indeed were close to adding a third when Paul Watson's shot was deflected past. Sons would readily have accepted their current position when the fixtures were announced. After playing four sides tipped to challenge for promotion, they are in mid-table with six points. Before a ball was kicked they would also have pinpointed games against the likes of Alloa and Morton as ones which would be crucial. Those matches are now here.