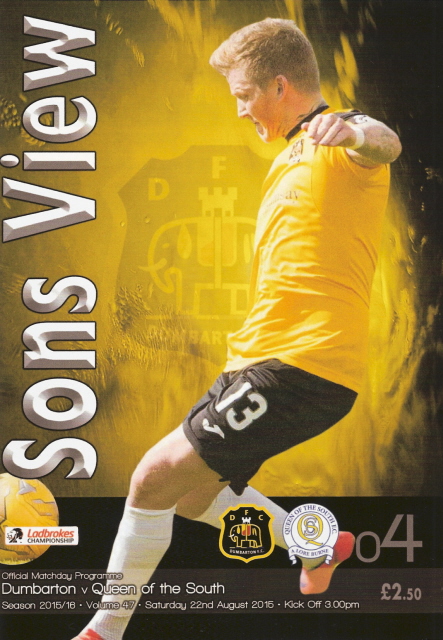 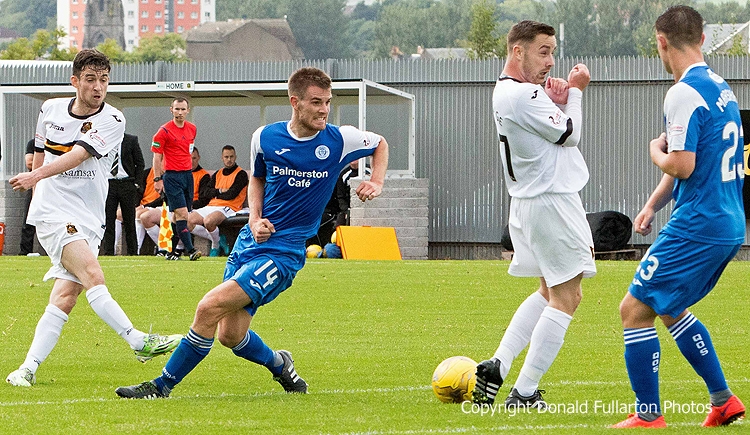 THAT loud popping noise which sounded over Dumbarton at almost 4.30pm? It was the sound of Sons' bubble bursting as the ball hit the net for Queen of the South's decisive second goal. After two excellent results against Hibernian and St Mirren, the 100 per cent start to the league campaign was ended by a team who maintained their own such record. Iain Russell may only have scored one goal against his former club for Queen last season, but normal service was resumed from the ex-Sons striker to open the scoring four minutes from half time. And when Derek Lyle headed home the second midway through the second half, that was realistically that. The new-look Dumbarton team was staring down the barrel of defeat over 90 minutes for the first time. The defeat materialised, of course. Few clear chances had been created before the second goal and as it turned out, none came after it. There are, of course, still many positives. Six points out of nine against three teams tipped for the top half this season is still a great start by Sons. But in isolation, there were few highlights to come out of this game. Certainly the debut of Scott Brown, on loan from St Johnstone, from the bench was one. And Jon Routledge can look back on it as the day he first won the Sonstrust man of the match award. For Sons, it is now about bouncing back in front of the TV cameras at Falkirk, a ground where they have only lost once in six visits, on Friday.

The game started well, but the visitors threatened first as Mark Millar connected with Ryan Conroy's cross. His shot was heading for the net until it hit team-mate Alex Harris and rebounded clear. The home side first threatened through a Willie Gibson free kick on seven minutes. While that scenario has brought goals in the previous two league outings, this time his effort was turned round the post. His resulting corner found Kevin Cawley, but the winger's glancing header was wide. Sons keeper Mark Brown then turned a shot wide himself, from Millar, while Conroy bent a shot past from the corner of the area. That was all in the first 13 minutes. Over the remaining 77, apart from the two goals, there wasn't very much to excite. Scott Taggart did try with a low shot from 20 yards, on his left foot, but it rolled through to the keeper. Then, four minutes from half time, Russell snapped up his eighth goal against Sons since 2012, having scored for Livingston and Queens. He met Alex Harris' low ball into the area at the back post and could hardly miss.

There was some determination about Sons early in the second half, but Queens did what they needed to do comfortably. Every ball into the box was cleared, every forward pass intercepted before a chance could materialise. Not much was happening in front of Sons' goal either, but on 68 minutes the contest was ended when Millar's cross found Lyle in the area and he made no mistake. The remainder of the game saw more of the same. The effort was there from Dumbarton, but was met with strong resistance from an organised Queens side. It is now time to regroup and reproduce the form shown in previous games this season when the trip to Falkirk comes round on Friday. Not just for the travelling fans, but for the nationwide TV audience.