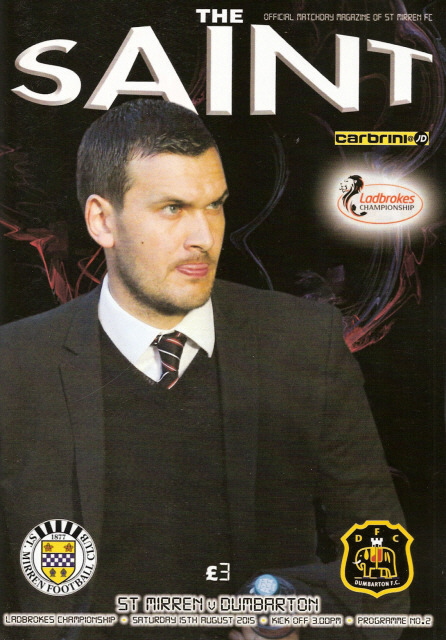 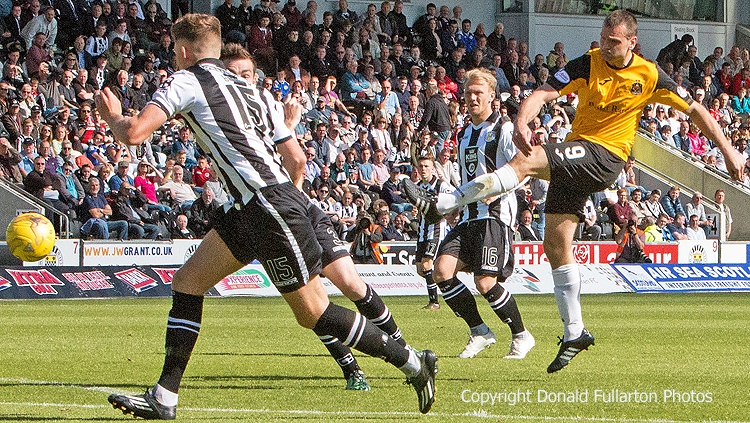 WHAT'S better than starting the season by beating a team who were in a cup final two years ago? Following it up by winning away to a side who WON a cup two years ago. That's what. Dumbarton's victory against Hibernian last week may have been viewed in some quarters as sheer luck. The kind that happens early doors in the season when David meets Goliath. It wasn't. And neither was this. Newly-relegated into the Ladbrokes SPFL Championship, St Mirren were many people's favourites. But by half time that was far from clearcut. What Willie Gibson did to win the Hibs game, he repeated after 26 minutes in Paisley. His free kick gave Sons the lead. One part of the script was followed when Scott Agnew scored against his former club, doing so with a fine 20-yard finish to equalise just after the hour mark. However, with seven minutes remaining Kevin Cawley was flattened in the area by young Buddies defender Barry Cuddihy. Garry Fleming may have been under pressure from the spot, but his calm head was all that was needed. Sons' game at home to Queen of the South next week was always going to be a big one. But now it's a top of the table clash. And to make it that type of game, Dumbarton have beaten two of the teams expected to be top four at the end of the season. They rode their luck at times across the Erskine Bridge. Just as against Hibs, nerves were shredded. However, just savour the results of the past week. Only time will tell when they happen again - later this season or otherwise.

The first half was slow to get going, with the first chance taking 22 minutes to arrive. It was a narrow escape for Sons, with Jason Naismith well-placed to meet Lewis Morgan's cross, but heading over. The same player, suspiciously offside, had a close range shot deflected wide - but just as the Buddies looked to be making progress, Sons put them behind. Agnew fouled Cawley 20 yards out, more or less on the spot where Gibson scored from against Hibs. The free kick had only one man's name on it. He had the assistance of a deflection this time, but the outcome was the same. Here we were again. Dumbarton led against a side fancied for a tilt at promotion. Grant Gallagher had two chances to extend the lead, but neither could find the target. St Mirren, on the other hand, were shocked. And Sons were comfortable.

Fleming also went close early in the second half, with his drilled 20-yard shot going just past. Agnew, for one moment, looked set to score against his former club, but miskicked from 10 yards. Everyone at Dumbarton knows what he can do from double that distance. And on 62 minutes he did it. After a free kick was only half cleared, his effort from the corner of the area found the net. Seven minutes later Saints had a great opportunity to go ahead when Morgan's cross found Calum Gallagher in space at the back post. His finish was wide. Sons were off the hook. Neither side was finding chances easy to create - until seven minutes from full time as Cawley cut into the area from out on the left. Cuddihy brought him down and Fleming did the rest. As per seven days ago, the dying minutes were apprehensive. Could Sons, against all odds, do it again? Yes. They could. And for the first time since 2004, they started a league season with two victories.