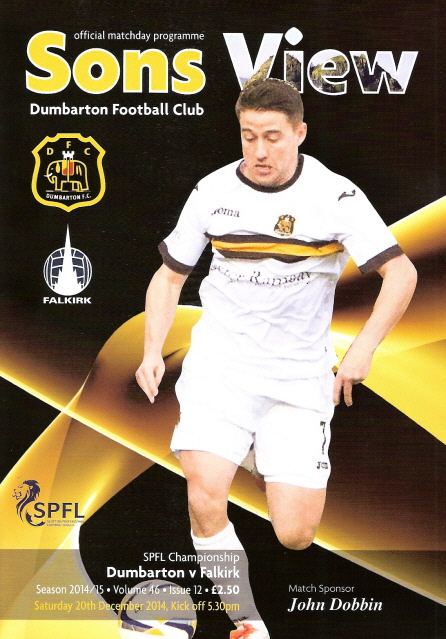 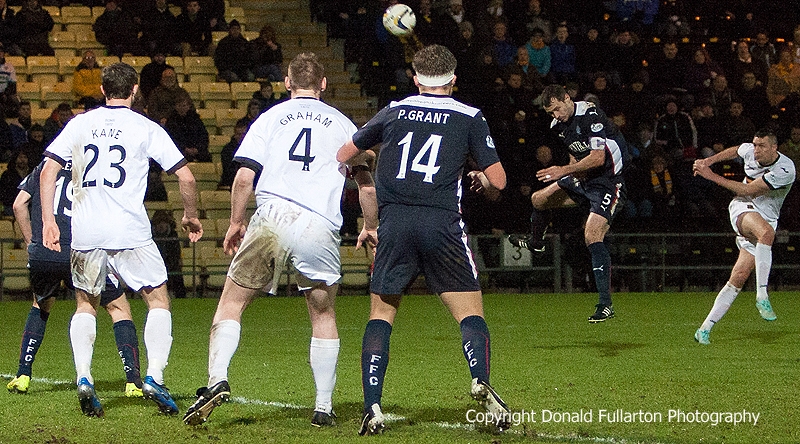 DESPITE a considerably improved second half performance, Dumbarton were comfortably beaten 3-0 by Falkirk at the Rock this afternoon.

The first half was one-way traffic for much of the time. The away side played some good football, though Sons had several chances too.

Ironically, the killer blows came for Dumbarton after the break, when for at least half an hour they took the game to their opponents and applied some serious pressure.

Sons boss Ian Murray commented: "We started the game poorly and losing the first goal early on in the match made life difficult for us.

"In the second period, we played much better, but didn't get any breaks in front of goal and were punished."

The visitors wasted no time putting pressure on the home side, as they immediately dominated possession.

Botti Biabi nearly opened the scoring with a sharp turn and shot, saved brilliantly by Danny Rogers in the Sons' goal.

It was Rory Loy who put the Bairns ahead in front of the BBC Alba cameras on 11 minutes, following a serious mix-up in the home defence – not for the last time in the match.

It could have been several more for the visitors, given their control of the game.

One of several Falkirk corners looked to be directed towards goal by a defensive boot, but Dumbarton's Mitch Megginson reacted quickly to scramble off the line, as the home side ran their luck.

Biabi had two more efforts off target and Blair Alston struck a shot just wide of the post.

Rogers was then crucial for Dumbarton in turning away strikes from Will Faulks and Rory Loy.

Yet Sons had their chances, too. Chris Kane stole the ball off Luke Leahy on the touchline and crossed to Steven McDougall who hit it just wide of the right-hand post.

Garry Fleming had another opportunity from a Kane inswinger, but could not direct it into the net.

At half time manager Murray made his first change for Sons, bringing on Chris Turner in place of McDougall.

After the break Dumbarton stormed back into the game and looked as if they might draw level.

They were unfortunate not to get a goal back when a Scott Agnew effort was cleared off the line.

At one point Kane broke through one-on-one with the Falkirk keeper and looked certain to score, only to be denied by a miraculous diving save across the face of the goal.

But just as Dumbarton fans were getting their hopes up, Blair Alston was allowed to push through on 80 minutes to make it 2-0 to Falkirk.

It was Sibbald who played a short ball to Loy. He flicked the ball into the path of Alston, who knocked it on past Danny Rogers.

Three minutes later it was game over when Craig Sibbald added a third goal for the Bairns following a sweeping passing move from the middle of the park.

On both occasions the Dumbarton defence was left looking square as Falkirk upped the pace.

Sons kept plugging away, trying to find an opportunity to strike back, but proved unable to do so.

Scott Linton, replacing Megginson, came on too late to make any impact, and Colin Nish struggled to get decisive touches throughout.

The Sonstrust Man of the Match for Dumbarton was 'keeper Danny Rogers, who in spite of the scoreline pulled off a number of important and impressive saves.

Falkirk's victory, their fourth on the bounce pulled them seven points clear of Dumbarton, effectively splitting the Championship into two mini-leagues.

Next up for Sons is a post-Christmas trip to Central Park to take on Cowdenbeath on Saturday 27th December.