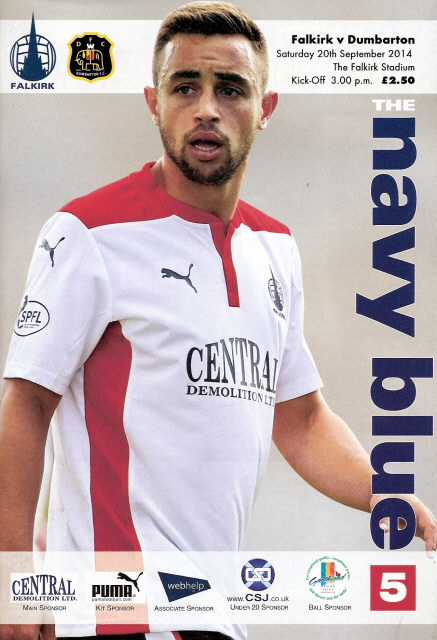 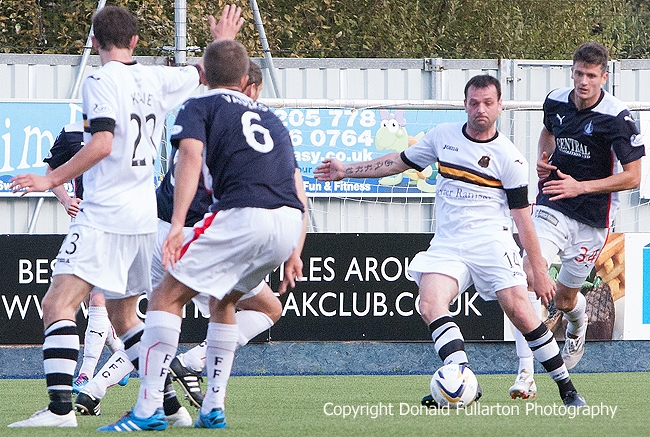 AFTER a difficult start, conceding a goal early, Dumbarton came back in the second half away at Falkirk to claim an important point with a late revival.

Sons players wore black armbands in memory of young supporter Kirsty Mackie, who tragically passed away this past week. Visiting fans gave a loud minute's applause at the start of the game in tribute.

Falkirk looked sharper and quicker for most of the opening 45 minutes, stringing together a series of flowing moves.

The home side went ahead on just four minutes, as Craig Sibbald ran through Sons defence and nodded home after a series of missed tackles.

Shortly afterwards, some great play from Chris Kane enabled him to run in behind the Falkirk defence. However a superb challenge stopped him getting a shot away.

Loy, Tudor Jones and Smith were among those menacing for Falkirk, as Sons were forced to up their defensive game and start to hit back on the counter.

Danny Rogers denied Smith with a superb, stretching save.

Scott Agnew had the first real sight of goal for Dumbarton as he tried a shot from range.

But it never looked like causing any damage, and the Bairns were soon on the move forward again.

Kane remained the Sons' chief danger man, being pulled down on one break for the area late in the first half, and almost setting up Mark Gilhaney for a shot late on.

Nevertheless, it could have been one or two more for Falkirk before the break, as they pressed hard and cracked one shot against the crossbar.

In the second half Dumbarton started more positively, putting in a series of crosses from Kane, Scott Linton and Gilhaney, but not quite being able to capitalise on them.

At the other end 'keeper Danny Rogers pulled off a miraculous twisting, fingertip save at full stretch from Owain Tudor Jones on 54 minutes.

Just after the hour Sons made their first switch of the afternoon, with striker Colin Nish coming on for Jordan Kirkpatrick.

Substitutions necessitated a series of changes which shaped the team into a 4-3-3 formation as Archie Campbell replaced Mitch Megginson on 68 minutes.

The momentum remained with a confident looking Falkirk.

The home side had not managed to extend their advantage, and Dumbarton were looking better than in the opening period.

Garry Fleming was taken off for Stephen MacDougall in the final switch of the afternoon on 75 minutes for the visitors.

Then after a 20-minute period in which Falkirk had looked comfortably in control, Sons came back into contention strongly in the last quarter of an hour.

Chris Kane and Archie Campbell had chances scrambled away before Colin Nish dived in to push the ball just wide on the end of a fierce Campbell cross.

The reward finally came in the second minute of time added on as Dumbarton's Kane pressed the ball home in a packed area, to secure a deserved draw.