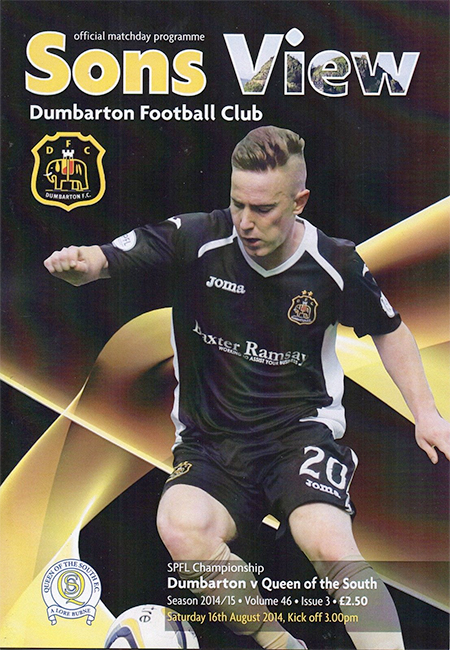 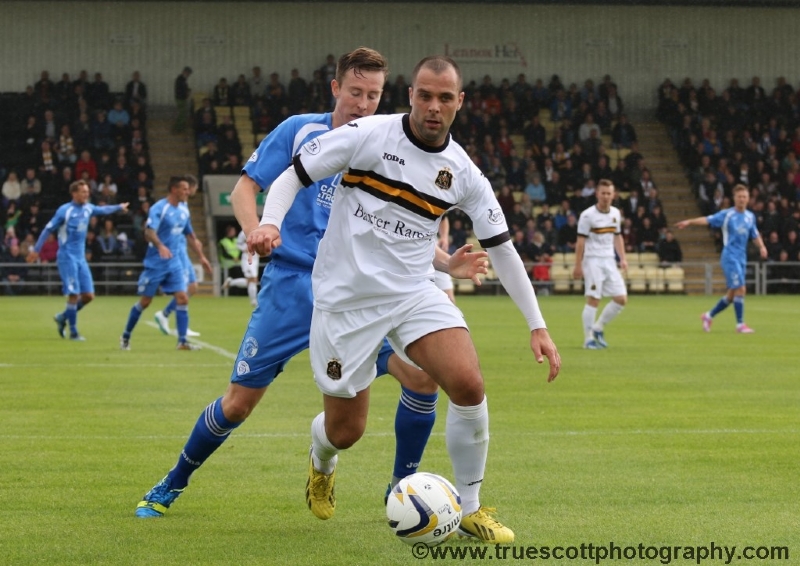 IT was a dismal first home game of the season for Dumbarton, as they slumped to a 4-0 defeat against Queen of the South.

The result pushed the Doonhamers to the top of the SPFL Championship table after two games, while Sons languish at the foot of the league.

Boss Ian Murray was forthright about Dumbarton's showing: “It was a very poor performance from us,” he declared after the game.

“In fact the result could have been even worse, as we could have lost six or seven against Queens.

"We were second best all over the place and that is not acceptable. We're now under pressure going to Ibrox this weekend... We have to make changes.”

The match started brightly enough for the men from the Rock, as Mitch Megginson drove in an early ball for Jordan Kirkpatrick.

However his touch was a little weighty and the Queens 'keeper collected comfortably.

The visitors were soon hitting back. Daniel Carmichael struck a good effort across Danny Rogers' goal, but there was no one there to turn the ball in for the Doonhamers.

It began to look as if an end-to-end game was developing when Megginson and Kirkpatrick again linked to supply David van Zanten. Once more the final pass was slightly too heavy.

On 20 minutes it all started to go wrong for Sons, who were opting for a passing game based on a diamond formation – less direct than last season.

A mistimed back pass by Scott Linton let Queens' Gavin Reilly in, and as the ball came across to him Derek Lyle made no mistake with his drive past Rogers to give the away side a 1-0 lead.

Minutes later it was almost two for the away side. Mark Durnan volleyed for goal from a low, fast corner. His shot seemed destined for the net, but was just cleared off the line.

Sons tried hard to get back into the game, with the players looking less than comfortable with the new system.

Most moves seemed to break down within four or five passes as Queens pressed hard.

There were half chances for the home team, nonetheless. A cross from Archie Campbell almost sneaked into the goal on the far side.

Then Scott Agnew tried a shot from distance on the turn, but could not summon quite enough power to create a real threat.

Ex-Son Iain Russell drove the ball well wide for Queens before the half time whistle came, with Dumbarton still a goal behind.

After the break it did not take the visitors long to extend their lead.

The Doonhamers were being given far too much time on the ball, and as another cross came in from the wing Gavin Reilly Rose to head home confidently for 2-0 on 50 minutes.

The same player then almost made it three as he steamed in to crash a close range effort off target when it looked easier to score.

Sons' gaffer Murray responded with two substitutions in quick succession and a reshuffle in the middle of the park.

On came Mark Gilhaney for Agnew, to see if the wily wing man could start to unsettle Queen of the South's well organized and hitherto unruffled defence.

Then Campbell gave way to Garry Fleming on 58 minutes to maintain balance. But the changes did little to stem the away tide.

Meanwhile, at the other end of the pitch, Kirkpatrick attempted a speculative half volley, but was wide of the target.

On 68 minutes a kick from Sons' 'keeper Rogers was held back by the swirling wind.

James Fowler picked up the ball unchallenged and executed a fine strike home off the underside of the bar from 25 yards out.

Queens now looked home and dry, but Dumbarton's torment was far from over.

Only nine minutes after the previous goal, Iain Russell completed Sons' misery with a left-footed drive for 4-0.

The goal came just after Bryan Prunty had replaced Colin Nish for the home side, in the hope of turning the tables up-front.

Scott Linton redeemed himself for his earlier error with a fine stop to prevent the Doonhamers from going nap.

Captain Andy Graham also made a couple of important interventions.

But the reality was that Queens could easily have claimed one or two additional goals in an afternoon to forget for Dumbarton – who now have to get themselves in shape for a short trip to meet Rangers next Saturday.