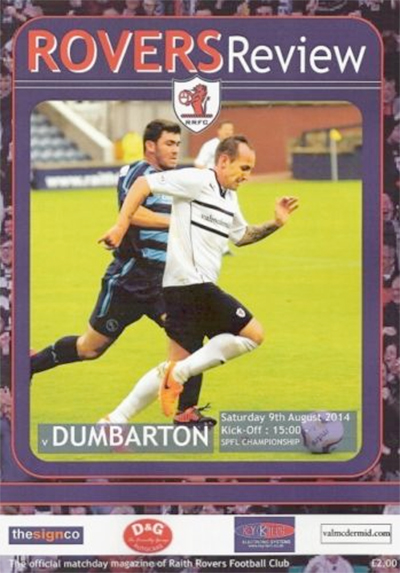 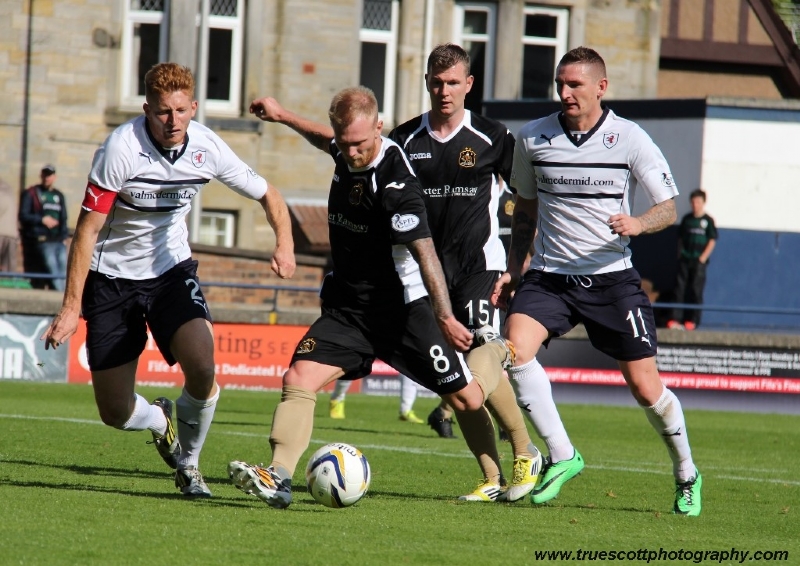 DUMBARTON'S Championship campaign got off to a disappointing start at Starks Park, as Raith Rovers swept to a comfortable 3-1 win.

Sons looked promising in the first half, appearing the better side and enjoying slightly more of the possession and chances in a competitive, physical match.

Tight defending and missed opportunities kept the score at 0-0 going into the break. It was in the second period when things started to go seriously wrong.

Rovers' goal against the run of play changed the character of the match completely, with Sons losing shape and edge as the home side romped to victory with only a late consolation preventing a comprehensive victory.

Gaffer Ian Murray admitted afterwards that it was an uninspiring result, but is determined that his squad will produce the goods and added: “We will play worse and win games this season.”

"I thought we were the better side in the first half and I was disappointed we were level at half-time,” he told the media.

The opening exchanges were somewhat tentative. The home side's game plan was upset within 10 minutes when attacker Calum Elliot, who had scored twice for Raith in midweek, had to withdraw from an injury. He was replaced by Mark Stewart.

Christian Nade started to look threatening for Raith early on. He stole the ball from Chris Turner in midfield on 11 minutes, but was promptly flagged offside.

Archie Campbell had a penalty shout shortly afterwards, when he linked well with Colin Nish and appeared to have been felled in the area. However, the referee waved play on.

The new Sons front man responded with a spectacular volley from the edge of the area, which was well saved and held by the Raith 'keeper.

There was another great save from Dumbarton goalie Danny Rogers, when he got a hand to a sharp Paul Conroy shot across goal to tip the ball narrowly away.

Campbell, Nish and Linton provided several moments of opportunity for Sons in an otherwise quiet first half, following the initial 15-minute flurry.

In particular, a fine save from Raith's Cuthbert denied Sons the advantage at half time. Following a good switch from Nish, Jordan Kirkpatrick cut the ball in for what looked like a certain opener until the Rovers 'keeper got a hand to it.

Dumbarton started the second half brightly. A fine Scott Agnew free kick skimmed the bar and roof netting. Then Archie Campbell had the ball in the net for Sons, chipping the Raith 'keeper before a late flag from the touchline ruled the goal offside.

From then on Sons looked decidedly out of sorts and Raith piled forward in search of further reward.

Raith were continuing to look the more dangerous of the two sides, but Sons had their chances even so.

When the ball broke first for the industrious Scott Agnew then for Colin Nish in the penalty area, it looked as if they might get a goal back, but neither was able to find the needed shot from very tight angles.

Rogers put in another good stop to deny Nade before Sons made their second change, Garry Fleming coming on for Archie Campbell, who had put in a strong performance.

The Dumbarton substitute promptly committed a foul on the edge of the area, and Paul Conroy made no mistake with the free kick, cracking it home to put Raith 2-0 in front with just twelve minutes to go.

The blow further deflated Sons. Two minutes later Christian Nade made it three for Rovers, as he steamed through and struck the ball powerfully into the bottom right-hand corner.

Bryan Prunty replaced David van Zanten in the final Sons substitution of the afternoon. It was too late for the popular striker to make any real impact.

Despite a late and deserved and well taken consolation goal from Scott Agnew in time added on, Dumbarton often seemed narrow in formation, sometimes looked hesitant up front and found themselves outpaced at the back after the break.

Ian Murray's men will now be looking for a much-improved performance in the first home game of the season against Queen of the South at the Bet Butler Stadium on Saturday 16th August.