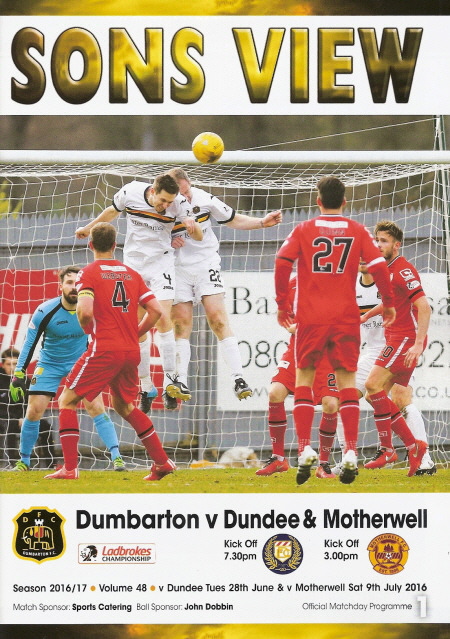 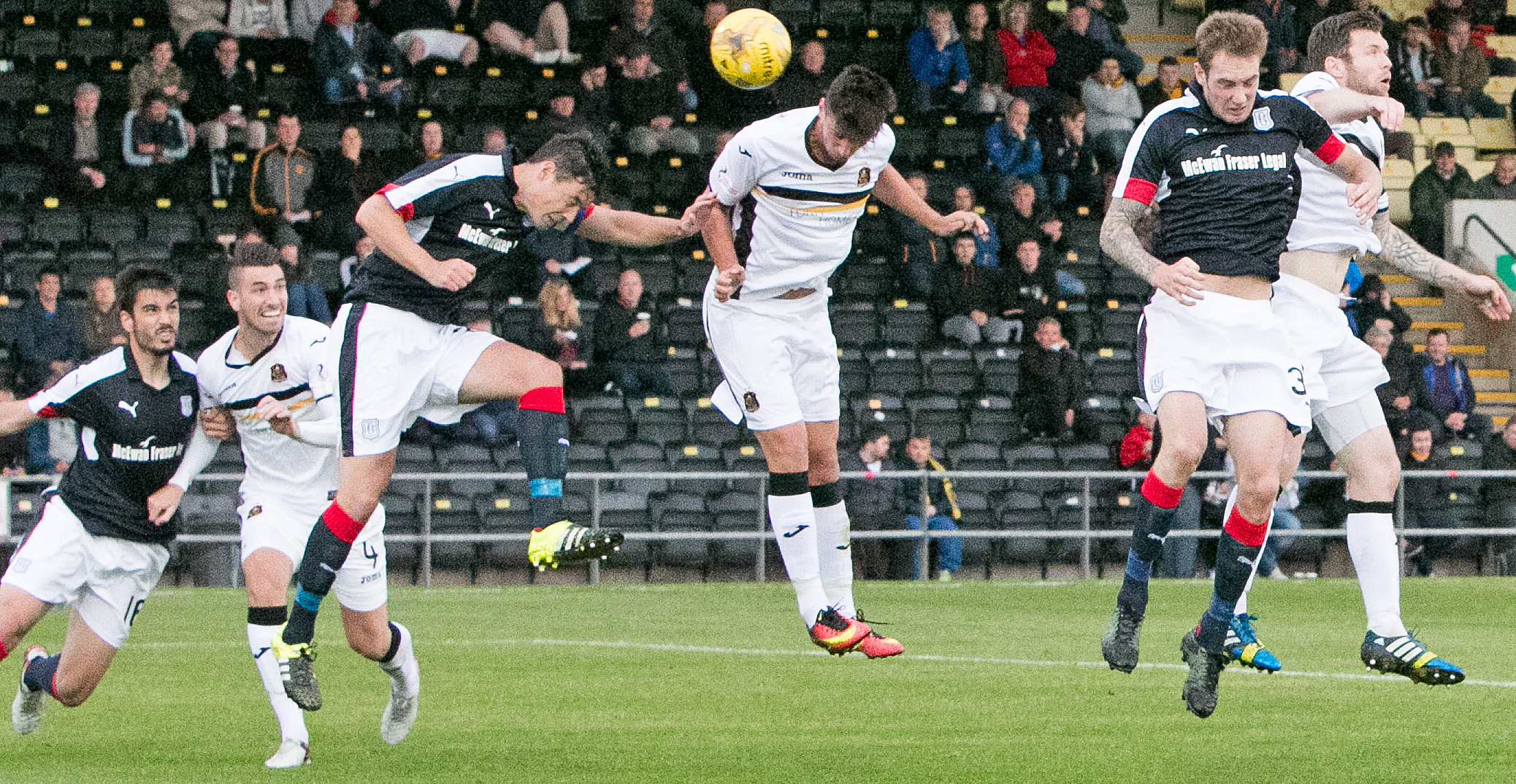 SO there you have it. That's what you get after waiting seven weeks.

A reminder of how well Dumbarton can acquit themselves, even against top-flight opposition.

And also how things don't always work out as they should.

Defeat in this game, to two Cameron Kerr goals for Dundee either side of Gregor Buchanan's equaliser, won't be too concerning to Sons boss Stevie Aitken.

In a game which progressed fitfully, as friendlies do, Kerr's first goal was the only thing keeping the sides apart at the interval.

The home side had the better of the second half and Buchanan's header deservedly brought them level, only for Kerr's second to win it.

The scoreline, though, is the only thing Sons can look back on with disappointment. Some elements will be fine tuned before the start of the season, but 10 days after their first training session, they did well enough.

But a minute later they were behind. A diagonal pass found Kerr in space and after winning possession ahead of Jamie Ewings, he forced the ball into the empty net.

Three minutes from half time Robert Thomson, a presence upfront, was played in by Andy Stirling only to blast over from six yards.

Dundee, meanwhile, threatened through a Danny Williams effort which was easily saved, and a Mark O'Hara effort deflected into the side netting.

Early in the second half, one of five Sons trialists on the night headed narrowly off target from another Stevenson delivery.

After Garry Fleming and David Smith had efforts which forced the visiting keeper into some action, Buchanan had a header deflected wide.

But he only had to wait until the 70th minute to have better luck when another ball in by Stevenson went over the keeper and the centre half headed home.

It looked as if things would, just about rightly, end level, only for Dundee to steal it as Greg Stewart sent in a high ball from the right.

Kerr got to it first and applied a close range headed finish for the Dark Blues.

The Betfred Cup tie between the sides, three weeks on Saturday, will definitely have more intensity and possibly changes to both teams.

However, for Sons, the preparation for season 2016/17 is underway.